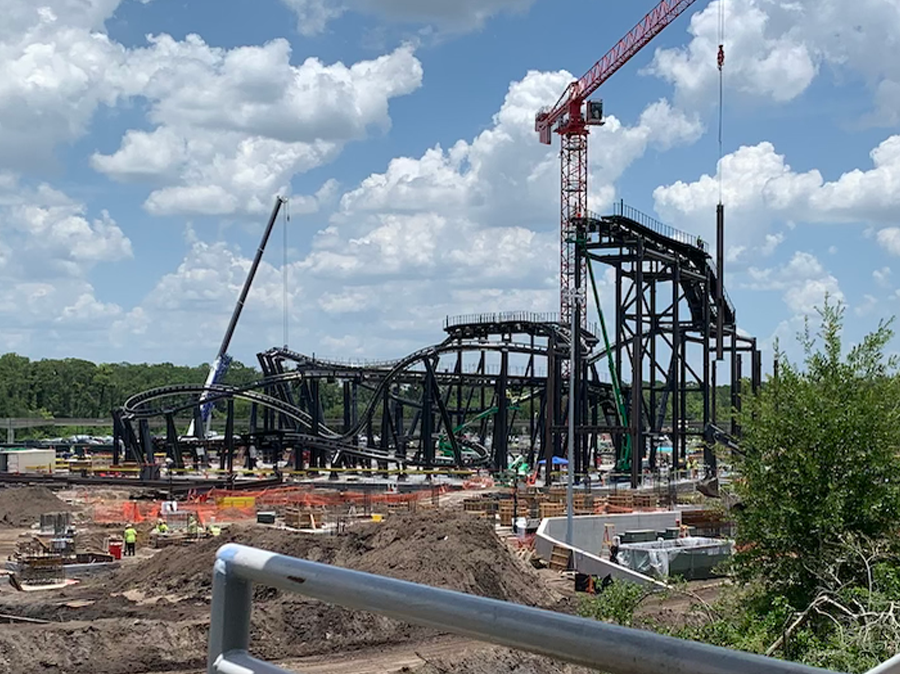 TRON Lightcycle Power Run is scheduled to open in the Magic Kingdom at Walt Disney World in 2021, but construction has already been underway for some time now. On a recent trip to the Magic Kingdom, we took pictures of some of the construction from the PeopleMover, and it looks they are fairly far along considering that this right isn’t supposed to open for another two years. 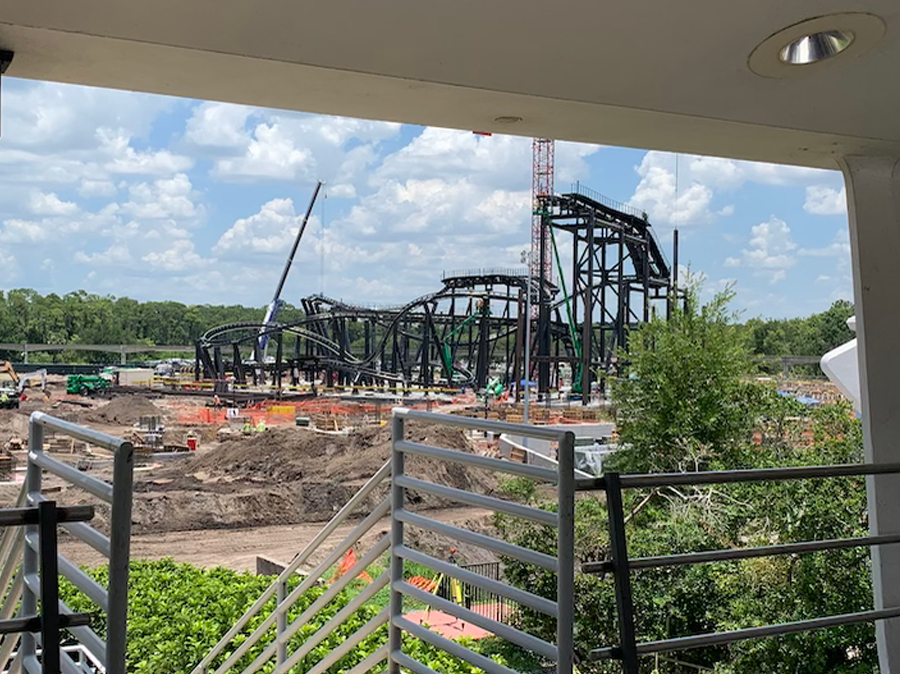 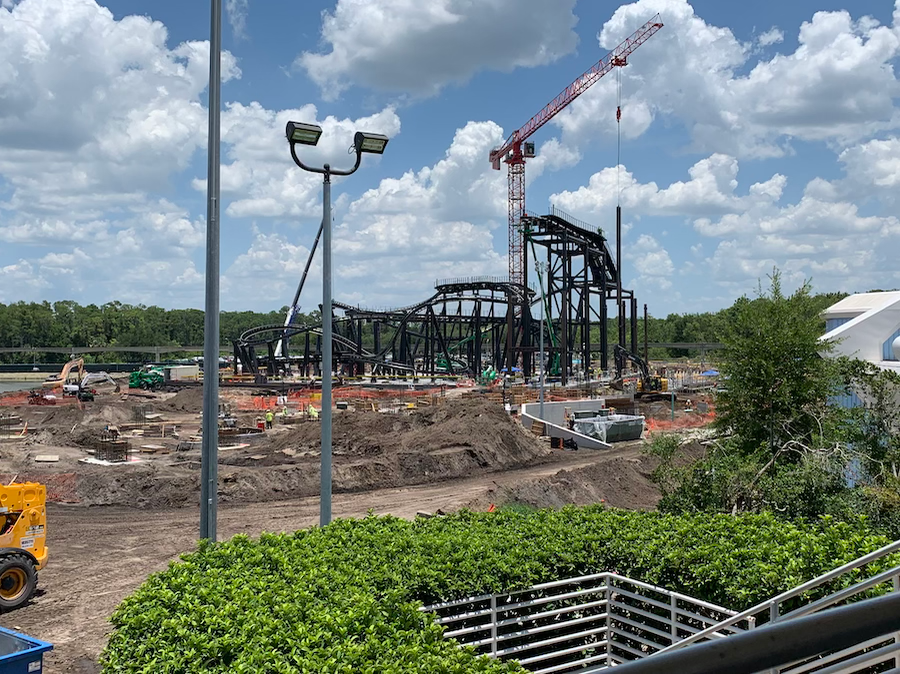 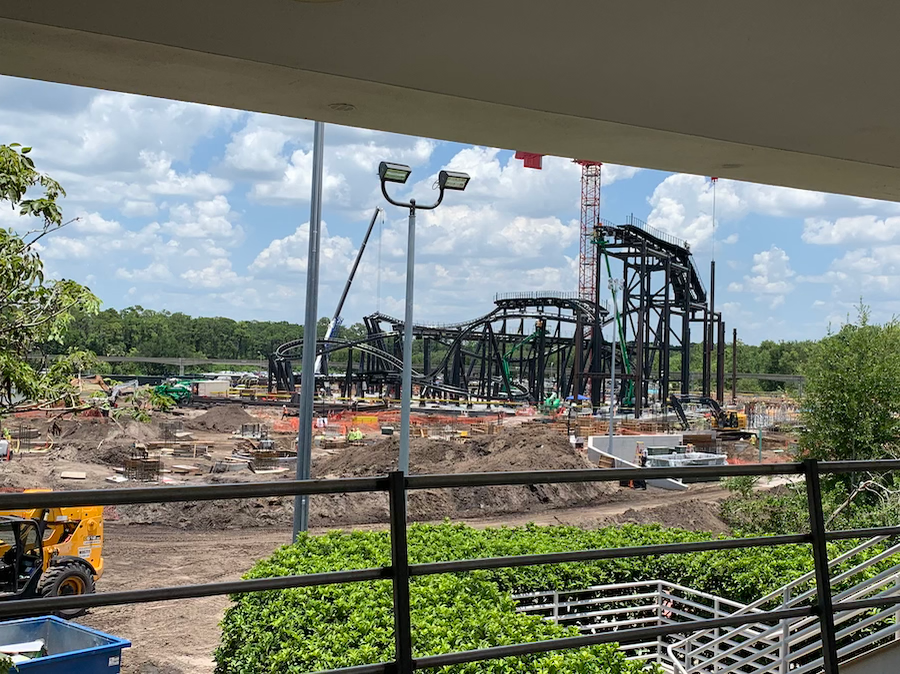 As you can see a large portion of the steel frame is already built. Outside of that, the construction site is largely just mounds of dirt and construction vehicles. 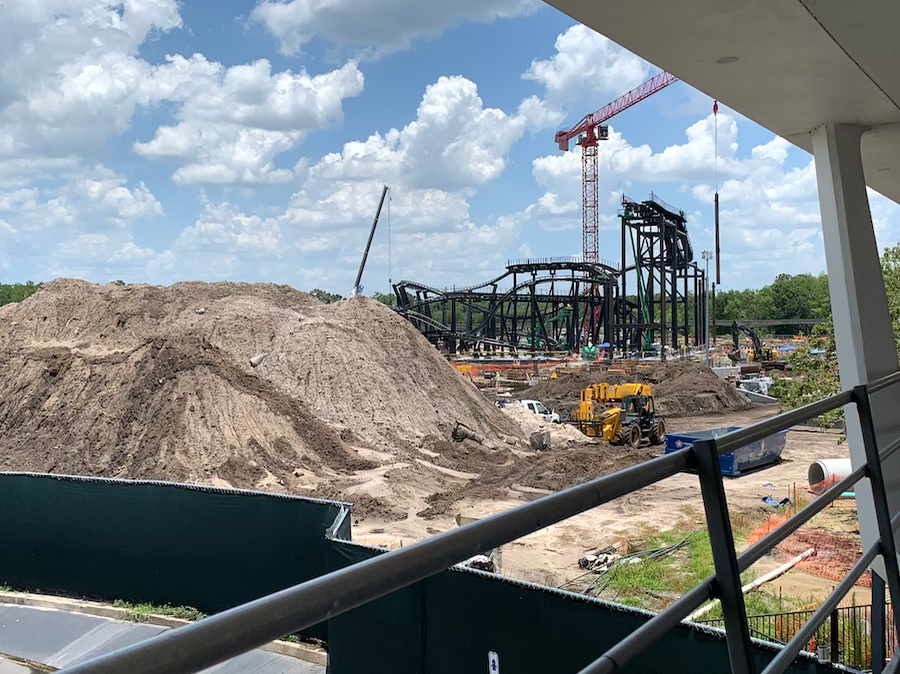 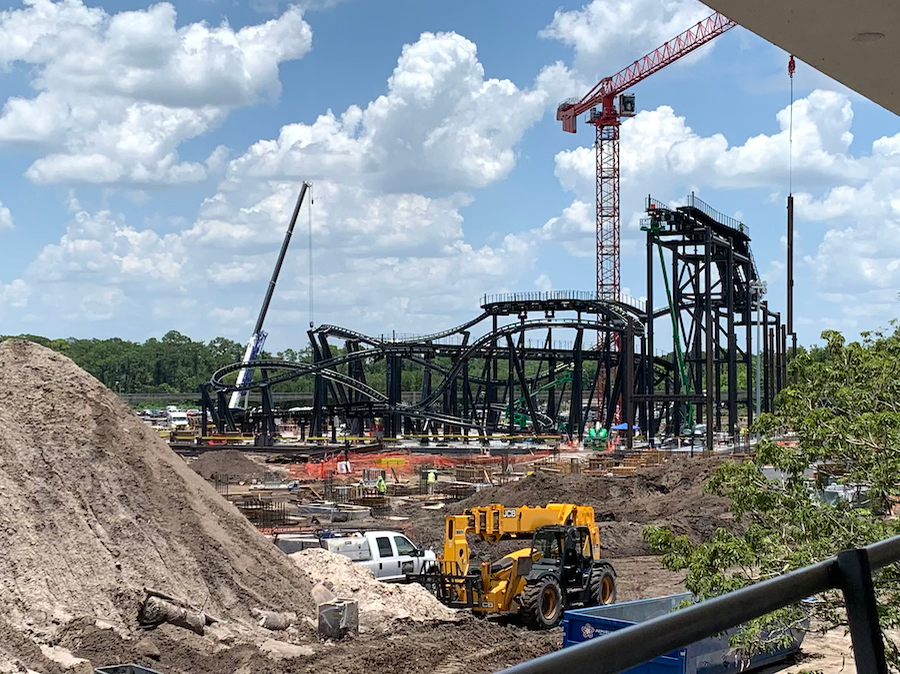