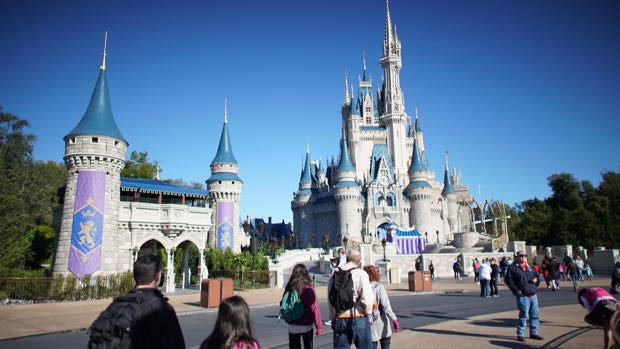 ShareTweetSubscribe
According to MuckRock, FBI files that were recently revealed show that on July 17, 1989 two people impersonating FBI agents wandered backstage at the Magic Kingdom in Walt Disney World. It was made clear that the two FBI impersonators were just that, due to the fact that they were wearing shorts, which goes against the dress code of the FBI. This whole incident prompted the Federal Bureau of Investigation’s Tampa office to launch an investigation into who the two impersonators were. During the investigation, a number of cast members were questioned as to what they witnessed. According to the cast member accounts there was that a red Oldsmobile parked near a backstage office trailer. The Oldsmobile had Dade County license plates and an Alamo rental car bumper sticker. Two people were sitting in the car. One was a white woman with short, dirty blonde hair wearing shorts and a short sleeved shirt. The other was a heavy set white man with dark curly hair. Both impostors were assumed to be in their 20s or 30s. When the two impostors were approached, they showed fake FBI credentials. The two were apparently driving around the parking lot “pointing towards the woods and checking license plates.” In two of the reports the woman was even brazen enough to enter the office trailer to ask to use the phone, which unfortunately for her was disconnected. Unfortunately, that is all that is really known about the incident. This extremely bizarre case remains unsolved, and without any leads the case was closed in September of 1989. What prompted two people to wander around backstage at Walt Disney World pretending to be FBI agents? Why were they checking cast member license plates? Credit: MuckRock and Jason Smathers
ShareTweetSubscribe