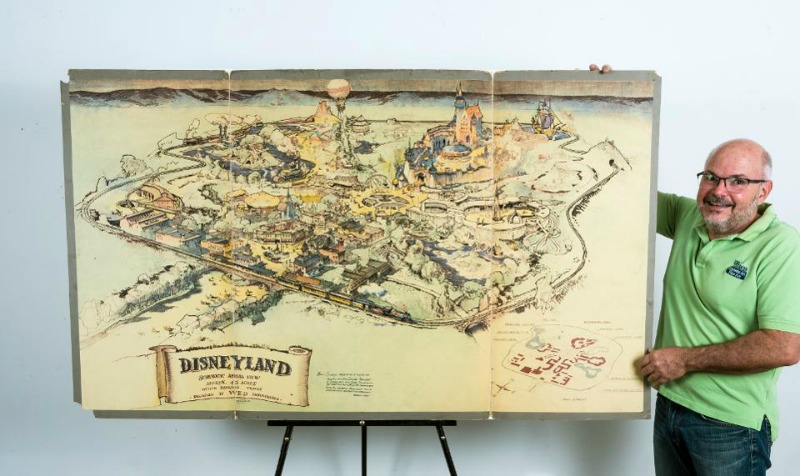 You may remember that last month, we told you about the much-anticipated Walt Disney’s Disneyland auction that would take place in Los Angeles on June 25, 2017. Walt Disney’s original hand-drawn map of Disneyland was likely the most sought after piece and it has sold to one lucky bidder for a whopping $708,000. The auction displayed approximately 1,000 other rare Disney artifacts as well.

“As we had expected, this extraordinary Disneyland map sold for an outstanding price. After some pretty exciting bidding the map sold for $708,000,” said Mike Van Eaton, Co-Owner of Van Eaton Galleries. “We are beyond thrilled that the map will continue to be appreciated and cherished just like it has been for all these years.”