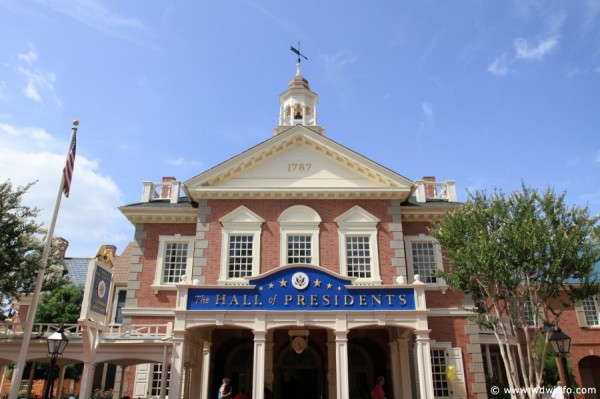 ShareTweetSubscribe
Update 6/27/17: The Disney Parks Twitter account reiterated the Vice President of Communications Jacquee Wahler's message that President Donald Trump will have a speaking role in an official statement today. The statement denies the claims made in a report by Vice Media. The Vice Media report claims that Disney and the Trump administration had differences on what would be included in President Trump’s speech. The statement from the Disney Parks Twitter account said, “The Vice report is inaccurate. As we have stated, President Trump will have a speaking role in the Hall of Presidents like every president since 1993. We have been working closely with the White House and the president’s recording session has been scheduled. We have repeatedly stated that the attraction will re-open in late 2017.” Disney has also said that in addition to a new show, the theater itself will be getting some upgrades as well during the closure, including a new sound system and lighting, and a high-definition projection system. There may also be more to see as Disney hints that the multi-screen viewing experience you're used to will be returning "with an even wider vantage point of our country's history."