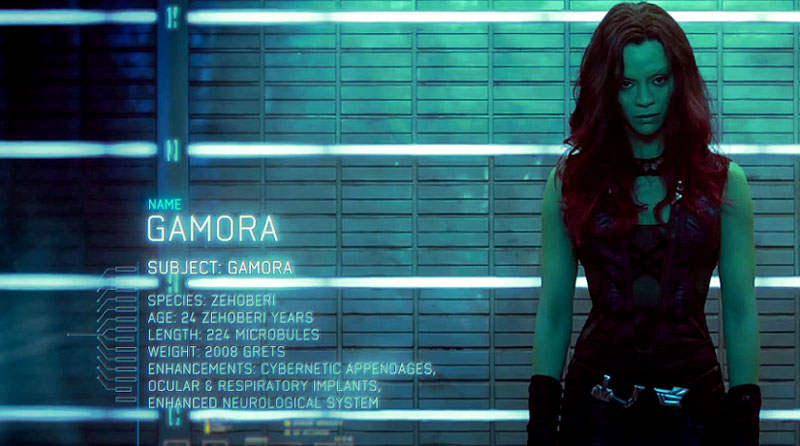 Turning Zoe Saldana from lovable actress to alien space-warrior Gamora should be as quick and easy as slapping on some green paint, right? Not so much. Saldana shared a 38-second time-lapse video of the process on Twitter, and the three hour session of makeup/prosthetics does not look like the best part of her day.

Most of the process appears to be Saldana trying to distract herself with her phone, occasionally holding eye shields, and letting the team do their work. Given how boring the session appears for Saldana, one can only imagine the eight to ten hours Rebecca Romijn and Jennifer Lawrence had to endure while receiving their full body makeup for their appearances as Mystique in the X-Men films.

Regardless of how grueling this may be for the actress, one thing is for sure: Gamora looks amazing on screen.