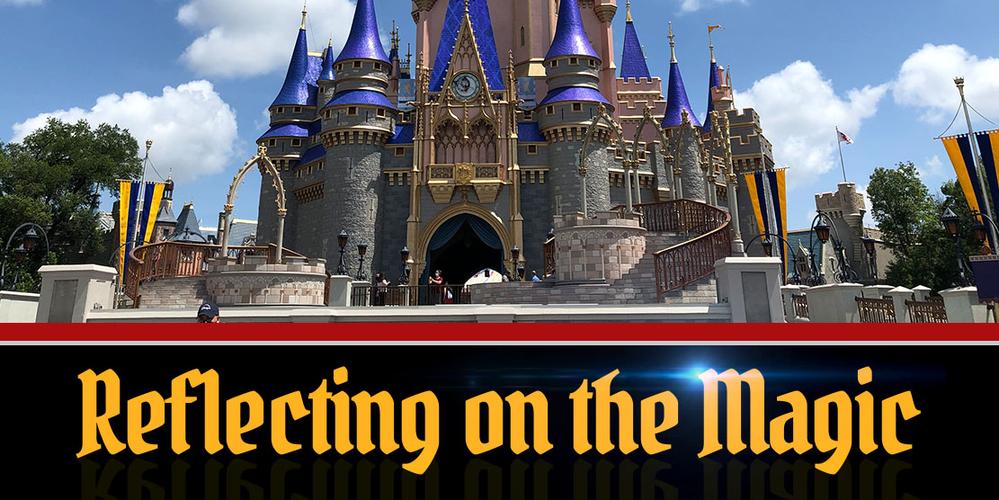 Today’s news that CLIA has extended the suspension of operations at U.S. ports through October has me thinking of some of you. I thought that perhaps I could virtually meet up for a few minutes with those of you who have had to cancel a Disney vacation during these unprecedented (a word I’ve come to loathe) days. Maybe it was trip that you had planned for this past Spring, or maybe it was an upcoming vacation slated for the Fall; whatever and whichever and whenever, I wish that we could grab a cup of coffee and sit together on one of the big, squishy couches on the 2nd floor of the Contemporary and just talk. For the next few minutes, perhaps we could consider this space as our virtual squishy couch.

First, I’m sorry. Having to cancel a vacation (or having one cancelled for you) for reasons beyond your control is hard. It just is. For some of you – many of you – you’ve planned your special visit to Walt Disney World or Disneyland months in advance. For some of you, that Disney cruise or Aulani stay or ABD adventure was on the books for years. You’d paid the deposit and had the gathering of all of the needed travel items well underway before your trip was officially cancelled.

It’s not the same, but since we have the time, the coffee, and the couch, let me say that I empathize with you. When we lived in Maryland, and we were newer to sailing on DCL, our family would book Disney cruises 2 years in advance. The deposit would be paid and the next cruise booked before stepping off of the previous cruise. Almost three years ago, our family now living in Florida, a hurricane messed up a cruise that we had booked weeks prior. One of the perks of living just an hour away from Port Canaveral is that last minute-ish cruises can be booked, and while we hadn’t been planning for months or years, all six of us couldn’t wait. We were all looking forward to the time away, work vacation requests had been approved, and all of the pieces were falling into place until a friend named Irma reared her ugly head.

As Hurricane Irma churned through the sea, and spaghetti models predicted its potential paths and impacts, we braced for the worst, yet still held out hope that our big trip would actually come to fruition. Our cruise was to set sail on Saturday, and Disney Cruise Line made the call on Monday night that the cruise (and all other cruises due to set sail that week) would be cancelled. Sigh.

We were disappointed at the news that our cruise would indeed not happen, and we were immediately thrown into prepping for a hurricane. Not fun. That being said, I can’t imagine the increased level of disappointment we would have felt had this been one of our cruises that we had planned two years out.

For those of you who are, for lack of a better term, in this boat, I am so sorry. I know that, comparatively, in the global scheme of things, it might not seem like the biggest deal that your vacation was cancelled, but for you and your traveling party, it is. It’s big, and it’s frustrating.

You and I both know that there are brighter days ahead. There’s a great, big beautiful tomorrow shining at the end of every day, right? Thankfully for our family, we were able to switch things around and eventually cruise later that Fall. But the in-between time was tough. It’s impossible not to look at the calendar during what was to be your Disney vacation and not think about what you would have been doing had your vacation not been cancelled. That being said, hang in there. Hopefully, there will be another chance for your missed trip. And hopefully, the memories that you’ll make on that vacation will be even sweeter because of the trip and the hope and the planning deferred.

Today? It stinks. Tomorrow? Who knows? Moments of fun, wonder, and unreserved laughter could await. I hope that whenever you’re able to return to the Magic, it’s everything you’ve waited for. And more.

If you’d like help when you’re ready to start planning again, the experts at Dreams Unlimited Travel – the official sponsor of The DIS – are here to help you. Click here for a free, no-obligation quote.