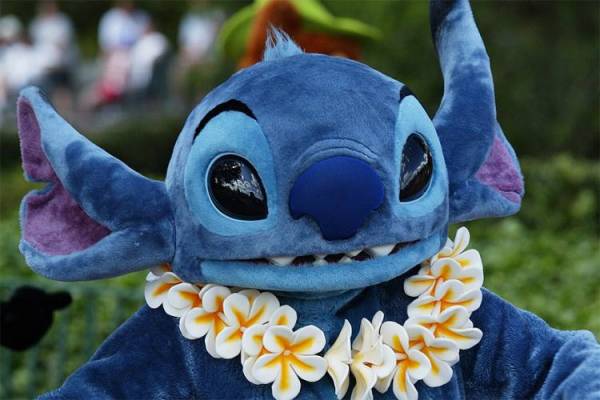 A great way to keep the excitement alive after you announce an upcoming trip to Walt Disney World is to hold Family Movie Nights. Prepare some popcorn, put on your Mickey Mouse pajamas, and snuggle up to enjoy some great movies.

Most kids have seen popular Disney movies like Toy Story, Frozen, and The Little Mermaid. They are familiar with Cinderella’s Castle because they see it at the beginning of each Disney movie or television show they watch. However, your child will meet many characters from older Disney films during their trip to Walt Disney World. To make sure your family is familiar with most of the characters you will meet, watch these movies before your trip.

This animated film was released in 2002 and tells the story of an alien who landed on Earth and was taken to a dog shelter. Stitch is adopted by Lilo, a little girl who recently lost her parents. Stitch can be found throughout the Disney Parks. The ride Stitch’s Great Escape is popular in the Magic Kingdom, and the Stitch character is a common sight at the Polynesian Resort. His face is also depicted on many pieces of merchandise throughout the parks. Stitch can be a little scary for kids who aren’t familiar with him, so make sure they know he is a good guy before you leave for your trip.

Make sure your family is familiar with the animated rendition of Alice in Wonderland, rather than the newer version with Johnny Depp. Alice and the White Rabbit are a common sight in both Magic Kingdom and Epcot. The popular ride the Mad Tea Party is based on the movie theme, and there are even topiaries shaped like characters from the animated movie in Magic Kingdom. In addition, these characters are popular in parades.

Beauty and the Beast
This may seem like a no-brainer, but little girls are often the only family members who are familiar with this animated classic. Not only is the Enchanted Tales with Belle attraction extremely popular, but you can also see Beast’s castle in Magic Kingdom, meet Gaston outside his Tavern, and dine at Be Our Guest, all based on the movie. Belle and other characters can be found in France in Epcot and the Beauty and the Beast Live on Stage attraction at Hollywood Studios is extremely popular.

Surprisingly, many kids know who Dumbo is, but have never seen the movie. The atmosphere at Storybook Circus in the new Fantasyland of Magic Kingdom is based largely on this animated classic, and the Dumbo the Flying Elephant ride is extremely popular.

This is another movie that kids have heard of, but have not always seen. Watch the animated movie so kids will not only be familiar with Peter, but also with Wendy, and Captain Hook. Kids will also enjoy seeing the connection between Tinker Bell and Peter Pan. Many Disney guests indicate that Peter Pan’s Flight is their favorite ride in Magic Kingdom. Characters from the movie are also frequently seen in parades.

Some other movies to consider watching before your trip include Swiss Family Robinson, Tom Sawyer, and Tangled.