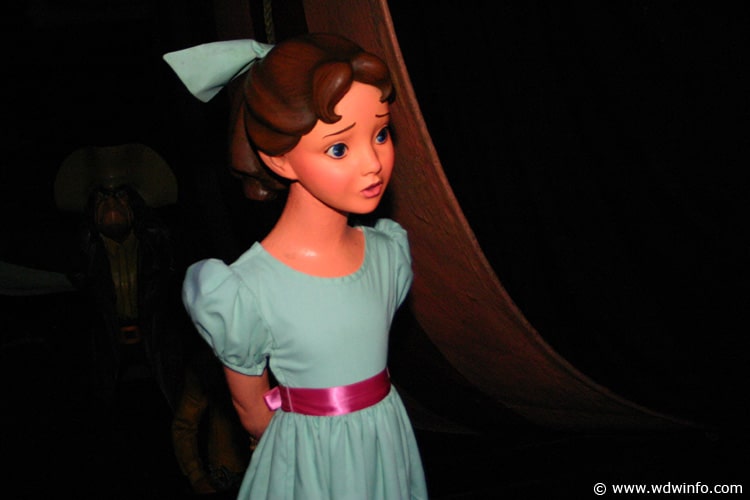 If you’re reading this, you’re probably aware that Walt Disney World is insanely popular. Both stateside and international travelers flock to Orlando in record numbers each year. While Florida has a lot to offer, Cinderella Castle seems to act like a homing beacon. No other vacation destination has Disney’s magnetic pull.

That being said, Disney World vacations can be done wrong. Guests can leave soured, disappointed, or sometimes bored with the parks. Families that take annual trips find themselves hitting a wall with teenagers. Other fans are startled to find the magic diluted.

Years before the current Disney era, I was getting disenchanted. I had been to Disney World once as a child and took two subsequent trips with the high school marching band. Once in college, I couldn’t wait to take a trip where I was calling the vacation shots. No longer beholden to my high school’s itinerary, I was going to eat where I wanted, stay where I wanted, and plan the entire trip around my whims.

So, what did I end up doing? I ended up planning the same trip I’d always gone on. I stayed in the same hotel. I ate at the same restaurants (e.g., Tony’s Town Square). I didn’t explore much outside of the four main theme parks. And I was surprised that things felt stale.

I realized it was time to liven up the party. When I planned my next trip, I made a concentrated effort to freshen up the itinerary. I tried new dishes, rode rides I had skipped for years, and explored the property outside of the park gates. I fell in love with Disney again.

So, if your family is belly-aching that Disney has lost its glimmer, consider these planning tips to bring the wonder back to your annual pilgrimages.

Many fans deem one Disney hotel to be “home,” but let’s look at the facts. Disney World has over thirty hotels on property. Yes, you might only use your hotel for showering and sleeping, but accommodations make a difference no matter how little time you spend there. Every Disney hotel is themed to immerse you in various settings, like the tranquil Hawaiian beaches of The Polynesian Village Resort or the pure joy of hand-drawn animated films at The Art of Animation. Changing the ambiance of where you’re sleeping, showering, and relaxing poolside can change the whole tone of a trip.

With so many hotels to choose from, you’ll never know which is your favorite if you don’t explore! All resorts have pros and cons regarding pricing, dining, or location. You might fall in love with staying on the monorail line or being able to walk to EPCOT. You might prefer a cheaper rack rate but find you can’t live without Skyliner access to certain parks. That said, you’ll never know if you book the same hotel every year without a second thought. You’re denying yourself a whole new world of possibilities.

If you thought hotel choices were overwhelming, you haven’t seen anything yet. There are hundreds of restaurants on Disney World property, including food stands, themed meals, and high-class dining. If you aren’t a local, you could never eat at the same place twice.

Especially if you’re a foodie, make a bucket list of restaurants or snacks you’d like to try. And don’t forget that some of the very best restaurants on property are inside Disney World hotels. Leaving a park for lunch or dinner may sound strange, but many guests do this for a break and truly superb food. (Eating in hotels is another excellent way to preview them before booking a stay!)

Personally, my Disney World trips took on a new life when I started eating better. I’ve been following this advice religiously since 2013 and haven’t looked back. Whatever you do, don’t only eat at places out of nostalgia. Sometimes nostalgia doesn’t age well and tastes even worse.

If you were staying at an all-inclusive island resort, the resort would offer excursions for massages, tours, boat rides, etc. These excursions are popular, especially for those who don’t want to lay on the beach all day. Similarly, some people don’t want to cook in Florida heat. Luckily, Disney World has its itinerary of excursions to book. (To clarify, by excursions, I mean non-park activities.)

How many non-park activities are available? More than you think! Guests who want to truly relax on vacation can book treatments at The Grand Floridian Resort Spa. Water sports enthusiasts can check out the activities available on the Seven Seas Lagoon. Theater lovers can tear up with joy watching Cirque du Soleil’s exquisite “Drawn to Life” production in Disney Springs. Not only are excursions a break from park hustle, but they’re a wonderful reminder that Disney World is so much more than theme parks. Have the courage to deviate from rope-drop.

Stay with me. You can stay at Disney World for a week and still take a day or two to do something non-Disney-related. If you’ll recall, Orlando is a destination in itself. Daytona Beach is a little over an hour away, and in the other direction, the stunning Gulf Coast is about two and a half hours away. For NASA enthusiasts, the Kennedy Space Center in Cape Canaveral is closer than any beach.

Disney World also doesn’t have a monopoly on theme parks. Nearby SeaWorld, Discovery Cove, and Universal Studios Florida are enormous draws for guests. (Orlando’s Universal, in particular, is the only US Universal Park to feature Diagon Alley and Hogsmeade in their Wizarding World of Harry Potter section.)

So, if your family needs a break from hearing “When You Wish Upon a Star” or the theme park rush in general, Orlando has plenty of alternatives.

Even the most devoted Disney fans need time off. If you haven’t traveled anywhere outside of Orlando in years, it may be time to mix it up. You can still plan a trip in the “Disney” family by taking a Disney Cruise, visiting an international Disney Park, going to Aulani, or splurging on an Adventures by Disney trip.

However, if you need a palate cleanse, the world is your oyster. Take that road trip to Yosemite you’ve been dreaming of. Fly to Paris to dine at the top of the Eiffel Tower. If true relaxation is the goal, drive to a reasonably close beach in the off-season and savor the lack of crowds.

While it’s been years since I haven’t been to Disney World at least for a day annually, the non-Disney trips were invigorating. These destinations made me appreciate Disney’s bubble and also helped me realize there’s a great big beautiful world of places to see. Taking occasional non-Disney trips has made my post-Disney depression easier to handle.

Whether you need to add variety to your vacation itinerary or not, I hope you’ll heed these tips. I know my trips are better because of them. 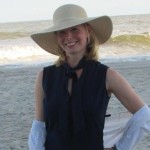 A lifelong fanatic, Rebekah can't remember a time when she wasn't obsessed with Disney. She started her Disney blogging journey in 2015 and has since had her work published on MickeyBlog, Disney Fanatic, Disney Avenue, and Disney Tips. When she's not planning her next trip, you can find her reading, dancing, spoiling her puppy (Piper), and always clicking 'Jump to Recipe' on food blogs. Rebekah resides in Pittsburgh with her husband, who has converted to the "dark side".