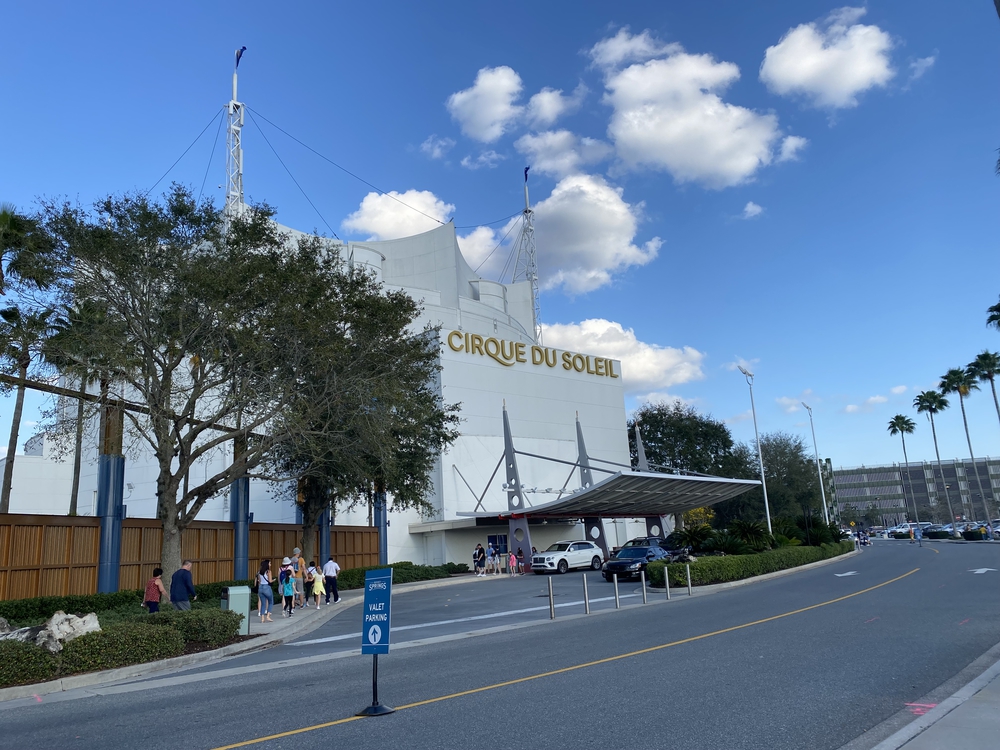 DIS Contributors review meals, resort stays, and entertainment that they have paid for during their own vacations/visits. They only utilize discounts and offers if they are available to the general public, such as Annual Passholder discounts, or DVC membership discounts. They receive no additional compensation for dining experiences or events, so that they may give their honest opinions about price and value.

On December 31st of 2017, La Nuba, the previous Cirque du Soleil show, had its final performance. I remember being in shock when they announced the show would be ending because it had been around for 19 years in a custom-built building. Disney soon announced a brand new show involving acrobatics and Disney animation. Drawn to Life opened on November 18th, 2021, at Disney Springs. This location was where I saw my first Cirque du Soleil show back when I was just five years old; because of this, La Nuba will always have a special place in my heart. The stage for this production has been transformed into a huge animation table, and the stage is very interactive with many moving parts.

We saw the 5:30 pm showing on a Saturday night. I suggest arriving early to find parking and navigate Disney Springs’ crowds. We parked on the surface lot, the Watermelon lot, right behind the theatre. This lot is also helpful if you plan to eat at City Works or go to a concert at House of Blues. Since we arrived early, we had more than enough time to grab the signature drink called the Ink Blot, which came in a souvenir cup. The Ink Blot drink costs $16.00 and is made with Malibu Coconut Rum, Bols Blue Curacao, Minute Maid Premium Lemonade, Pineapple Juice, and Cranberry Juice. This drink is strong in the fruity department and gives off tropical vibes. The Wine and Draft Beer are also served in souvenir cups that say Drawn to Life on them. Our tickets were $150, and we sat in section 205 in row M; these seats were perfect.

The pre-show began at about 5:15 pm, and it started with the main character getting into place and falling asleep while four goofy animators came out to entertain the guests. At one point, they brought up kids from the audience to participate. They gave each child a piece of paper and crayons to draw their own masterpiece. The performers then showcased their artwork and set them up for a photo opportunity. The main show followed shortly after.

I can’t keep track of how many times I gasped or cried, but it was a lot. The story starts with a young girl and her mother going through a book of all her drawings and then finding a letter from her father. I won’t give any spoilers, but the letter told her to follow her animator dreams. It was so beautiful to watch her go through this journey and see all the people she met along the way. The way they incorporated Disney was perfect. The mix between animation and acrobatics was flawless and not overbearing. I was worried that the Disney influence would be too much, but it was a perfect blend. They had the classic Cirque du Solei music style and mixed it perfectly with fan-favorite Disney soundtracks.

I want to share some of my favorite parts without giving away too much. They had an entire section of performers on unicycles. They were fairies that gracefully did complex choreography on unicycles. I was so amazed at how flawlessly they moved in unison. Another part I love is when they created a scene that resembled the ballroom from Beauty and the Beast. In this section, they showcased different Disney Princesses and their partners. This section had beautiful moments, and some of them took place in the air. Of course, the show had some sad moments, but there was great comedic relief throughout the show that would bring laughter into the entire theatre. My favorite character is the Villain, and I think everyone should watch the show to see that specific character because they brought in the most laughs.

All in all, I loved the show, and now I want to bring everyone I know to see this show. I think this show is fantastic for families, friends, or even a special date night for your partner. I was blown away, and I spent the entire evening reminiscing and remembering all the different parts I loved. I will be back to watch this show. It was 100% worth it.

Have you ever seen a Cirque du Soleil show? Let us know in the comments!