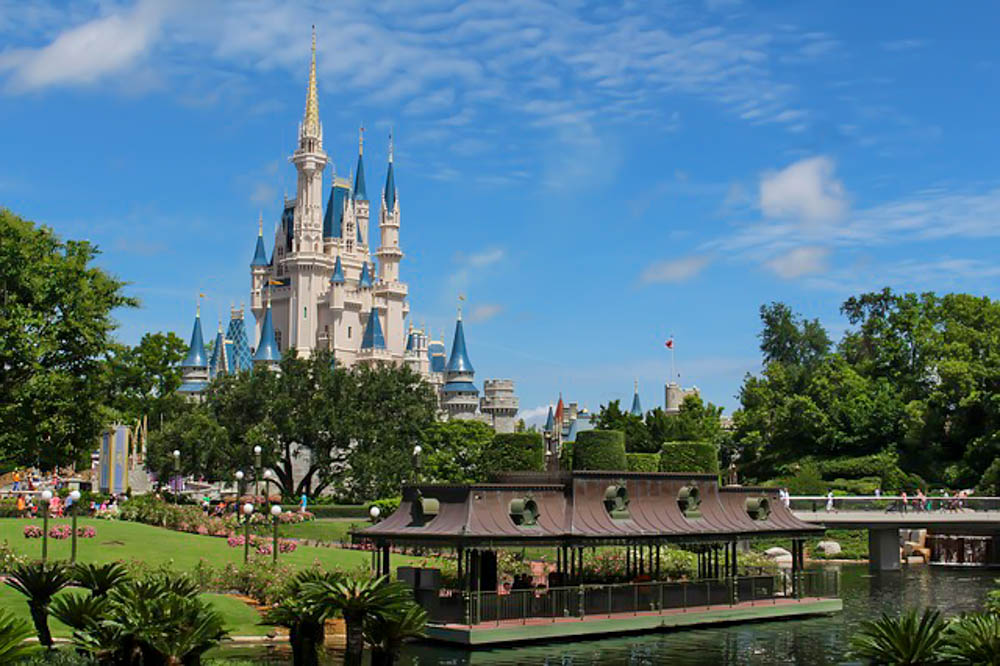 Millennials, like myself, are starting to do something in droves: return to Walt Disney World. They are doing this because they are at the ripe age to start having children, or traveling with family and friends who do have children and are making the trek to Central Florida. Many of them now have the financial means to make the trip for the first time as an adult. I had the luck and pleasure of visiting Walt Disney World several times throughout my childhood from age 3 to 11, but it would be another 15 years before I stepped foot on Disney property again as an adult. I know I am not alone.

There are countless numbers of us returning to Disney as adults and there is something lost for many in that return. They aren’t aspects that destroy the enjoyment or uniqueness of this wonderful place, but factors that many returning visitors will feel and, at times, can be improved upon by Disney in the future. Here are my top five disappointing things about returning to Disney World as an adult:

The most vivid memory I have from my first trip to Walt Disney World isn’t Cinderella Castle, Epcot’s imposing Spaceship Earth, or my first time meeting the Fab Five. It was the sleek futuristic Monorail and how it glided along and through the Contemporary Resort in a smooth and silent majesty. You traveled in hushed whispers as to not damage the experience in your memory or that of those around you. There was a sense, well before walking into any of the parks, that I was already somewhere special.

I remember my mom, brother, and I having a car virtually to ourselves on a bright sunny day that allowed for an unobstructed view of the Magic Kingdom as we moved away from the park towards the Grand Floridian. It was imagination and the future in one amazing mode of transportation.

Experiencing the Monorail as an adult is another story. The cars are malfunctioning with doors that don’t always want to stay closed, the crowds at the Transportation and Ticket Center are imposing and oppressive, and the sense of escape and transition from the real-world to Epcot and the Magic Kingdom that the Monorail was supposed to create no longer exists. It simply feels disappointing upon first return and at best a small hassle.

Everything seems a little bigger, a little grander, and a little more magical when you’re a kid. Even for a rather cynical kid like I was. This sense of extraordinary scale of Walt Disney World is diminished upon returning as an adult. Don’t get me wrong, Magic Kingdom, Hollywood Studios, Animal Kingdom, and especially Epcot, are enormous theme parks. They bring in and handle tens of thousands of visitors every day.

But, beyond the fact that many of the structures in the parks utilize forced perspective architectural design with great skill, the illusion and size itself feels more transparent. You can tell under a closer eye that the buildings on Main Street, U.S.A. aren’t really three stories tall or Pandora isn’t towering over me hundreds of feet in the air. This is even without factoring in the pressure felt by the increased level of guests walking amongst you, squeezing every ounce of composure out of your constitution as you walk through some of the bottlenecks across the theme parks.

The loss of its grand scale doesn’t completely puncture the immersion you feel walking through the parks, it simply makes you feel like everything is smaller than you once remembered, dulling the grandeur that you once felt as a child.

As a kid your biggest worry while going through Walt Disney World typically revolved around lines. Now your worries are numerous, but none is as all-encompassing as what it costs to visit. Money was an issue for your parents, not you. Now that you’re returning as an adult, and likely the one footing the bill, the impending cost is going to weigh on your mind. There really is no way around this because in the decade or more since when you went to Disney as a child, or even a teenager, the Walt Disney Company continued to refine their expert ability to part you from your money.

The cost of theme park tickets seem to rise every month. There are four parks now and themed lands continue to grow as well. The food offerings are ever-expanding the palate and giving guests the chance to have one of the greatest culinary experiences in the world. The addition of new and exciting merchandise is getting you to buy not only one pair of Mickey or Minnie ears, but also a second in rose gold or Briar Rose Gold or purple or yellow…you’re getting my point. And, the prospect of owning a little bit of Disney through the Disney Vacation Club peaks your interest until you’re studying point charts before meetings or in the middle of the night.

You are naturally getting a new level of experience that your parents didn’t have to pay for when you were little, but that only takes away some of the sting.

4. Losing the Experience of Pure Discovery

When you’re a kid headed to Disney you simply didn’t know what to expect other than excitement and maybe the chance to meet Mickey Mouse or Cinderella. You didn’t have a phone or an app to tell you where character meet and greets were going to be nor wait times for upcoming parades.

The immersion was so powerful that when you walked through Adventureland, you were really there and nothing outside of the mysterious jungle existed. You didn’t know what was around the corner and that only added to the excitement.

Between technology, access to mobile apps and the subtle erosion of immersive sight-lines, you know what you’re getting into and the illusion of discovery is shattered. As an adult, you literally know what is around the corner. You want to know, and if you have kids, you simply need to know. You also have access to limitless videos and content about the parks and resorts that share some of the parks’ mysteries, like hidden Mickeys. You can still experience the peculiarities, but you are no longer discovering them as an adult. Some of the magic is simply lost in time.

5. Not Being a Kid Again

No matter how much you love Disney, there is simply something exceptionally special about traveling to Walt Disney World as a child. The scale, the wonder, the possibilities for adventure. You can’t go back to that exact feeling no matter how hard you try. The closest you can get to experience what it was like to visit the parks as a child on your return trip as an adult is to travel with your own child or another young relative.

Experiencing Walt Disney World alongside a child who is making their first visit is priceless and exhilarating. The look in their eyes the first time they ride the Mad Tea Party, the first hug from Winnie the Pooh or Minnie Mouse — their wonderment is contagious and brings you back to your first experiences as a younger you visiting Disney.