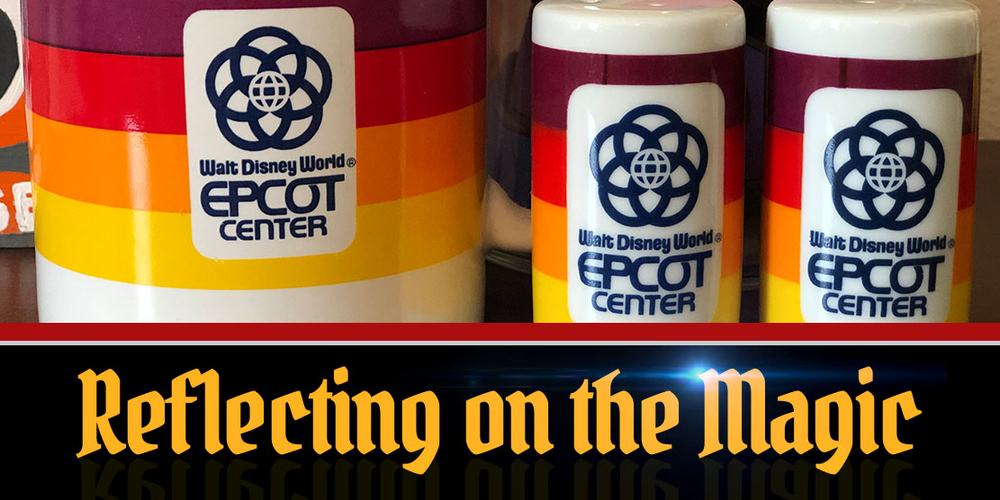 In yesterday’s column, we had the chance to take a closer look at some of the new signage that’s come to Epcot in the past few months. The lines, the font, and the use of an updated version of Epcot’s original flower logo on the signs all harken back to the long gone days of Epcot Center.

On yesterday’s DIS Unplugged, the team shared some of their favorite collectibles, and since they tie in (at least in part) with yesterday’s column, I thought I’d share three of my favorite Disney collectibles today.

Epcot has long been my favorite of the four Walt Disney World parks. I enjoy all things vintage Epcot Center as well. The trinkets, the old pictures, the random ephemera; I love it all.

A few years ago, when it came time to share with my hubby what I’d like for Christmas, I asked him to surprise me. I asked for nothing in particular, and knew that my best friend knew me, well…best, and that I would love whatever he chose to give me. While I’m a planner, I also enjoy letting the chips fall as they may. Heading into Christmas morning, I had no idea what I might receive. And it was so much fun. 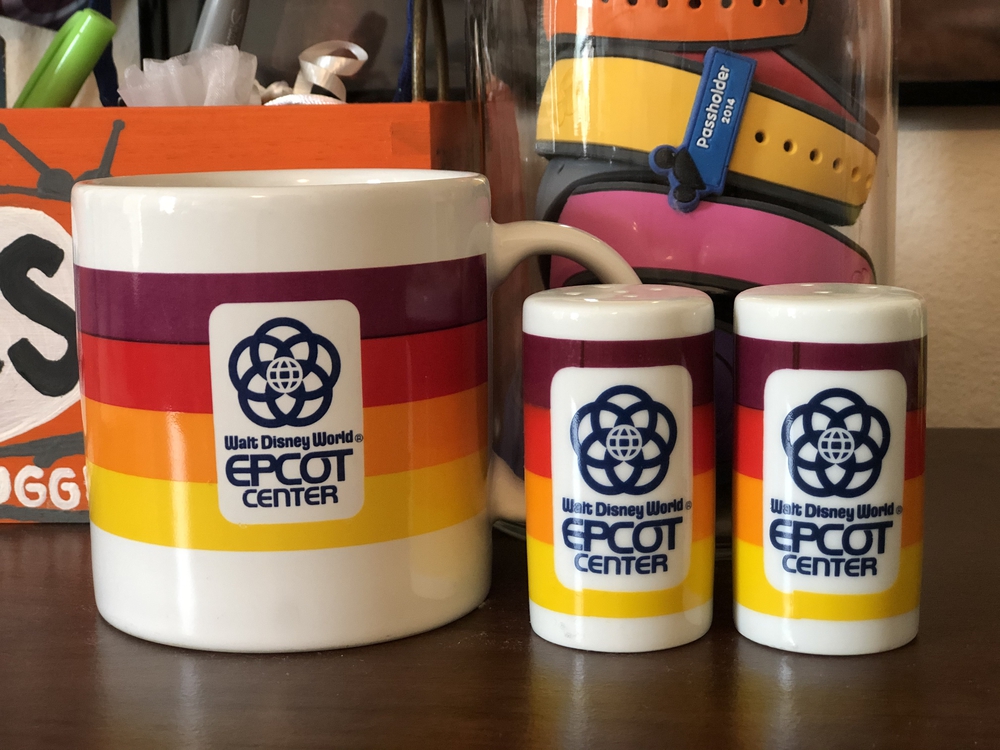 As always, my hubby came through. He scoured the internet and surprised me with original collectibles from my favorite park. Three of his gifts to me that day are in the picture above: a vintage 1982 Epcot Center mug and matching vintage salt and pepper shakers. 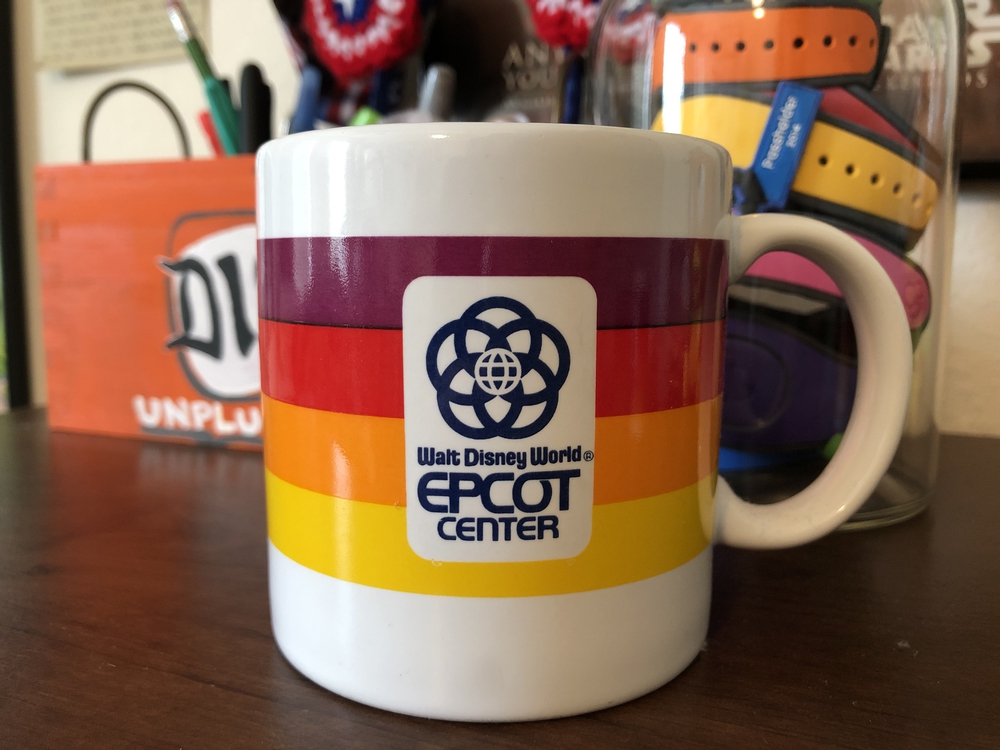 Each of the three pieces feature the original “Epcot Center” name and font, as well as the five ring flower logo. The original font used here is what has inspired the newest iteration of the park’s logo, as seen below on the front of this spring’s Flower & Garden Festival passport. 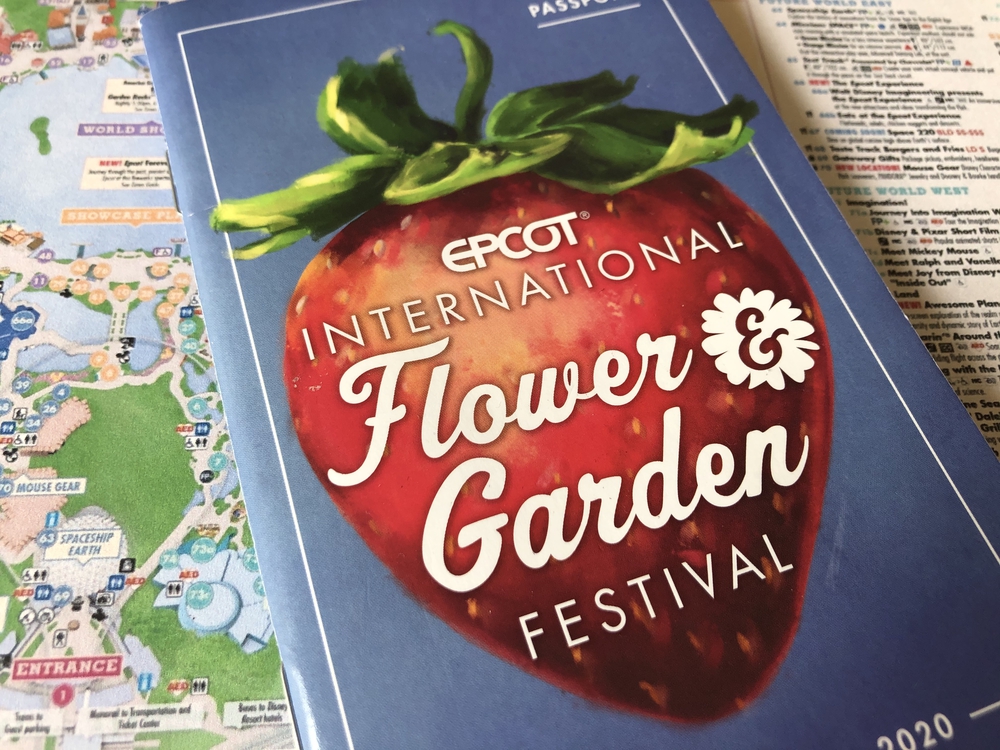 In comparing the two fonts, you can see that the letters are more rounded and the width of the letters has been shortened in the current version of the font. I’m so happy that we’ve been given a strong nod to the original. 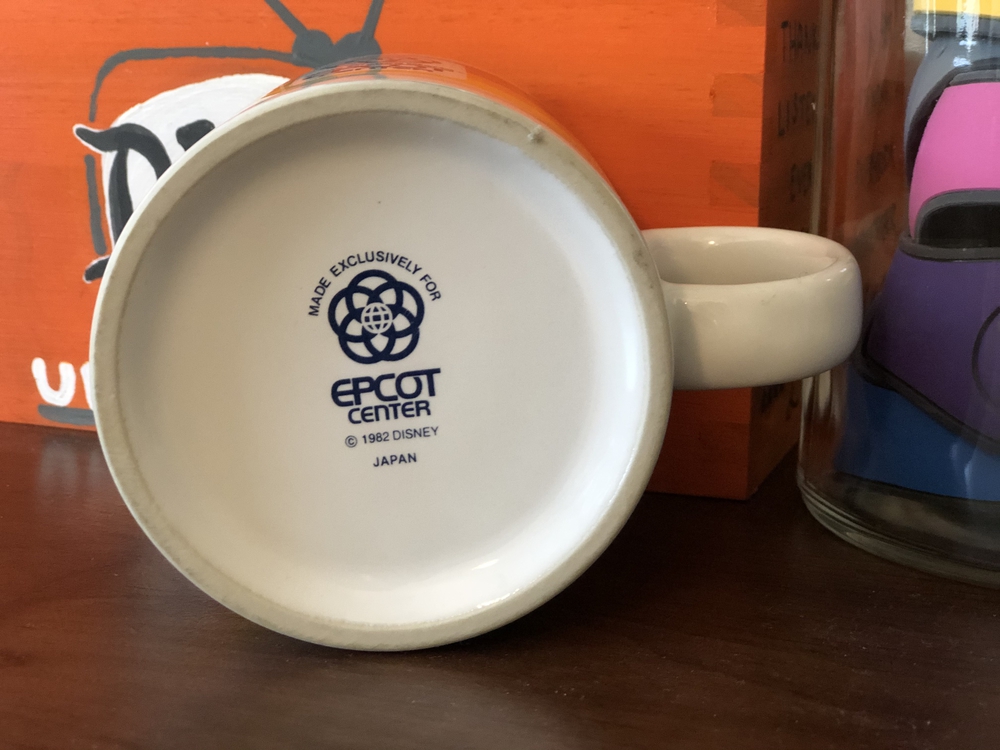 The five ring flower logo is stamped on the bottom of the mug, as is the name of the park and the date of 1982. Since Epcot Center opened on October 1st 1982, it thrills me to no end that the year is emblazoned on the bottom. 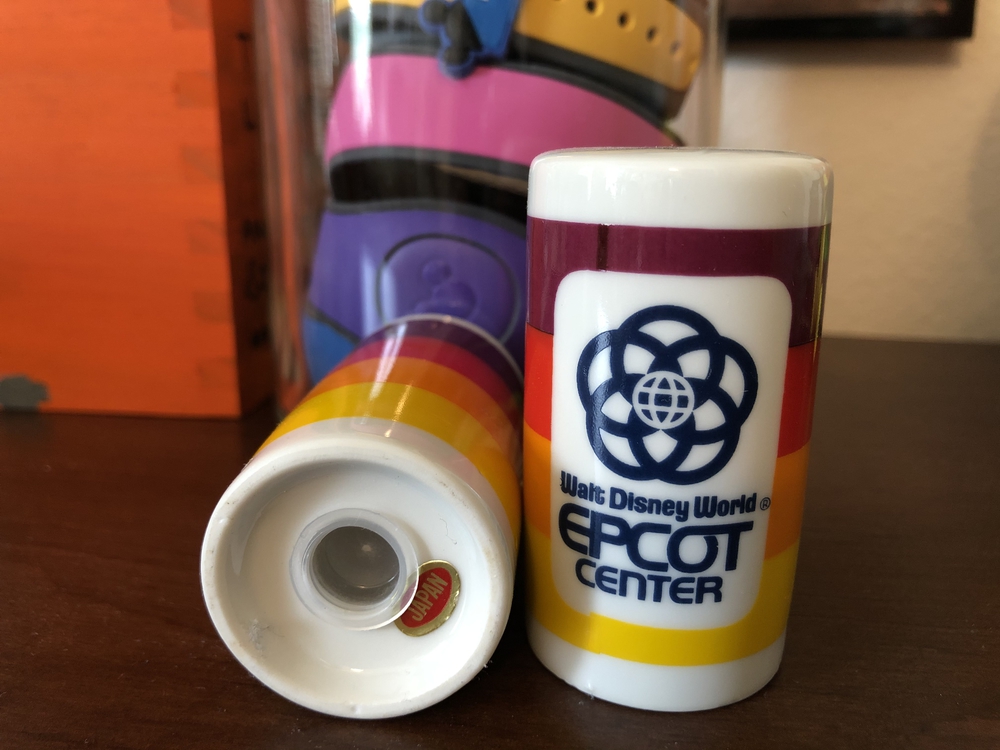 The salt and pepper shakers feature the same retro rainbow motif, five ring flower logo, and font as the mug, and, while they aren’t stamped on the bottom, they do have the original “Japan” sticker to indicate the country in which they were manufactured. 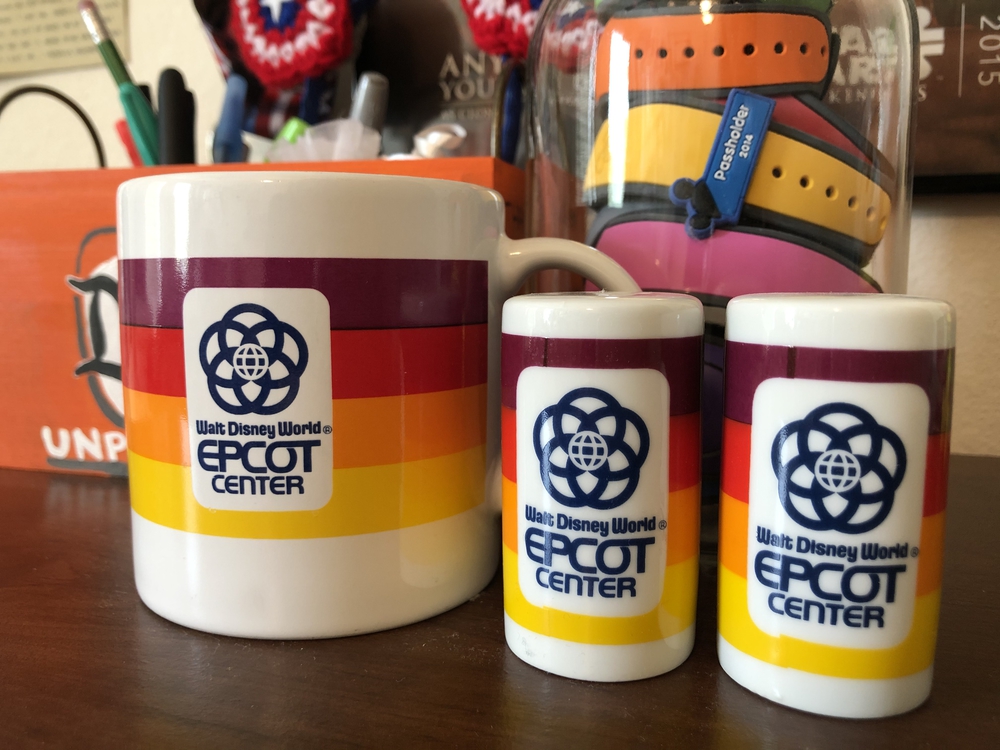 Epcot fans have seen a newer “throwback vintage” version of this purple, red, orange, and yellow rainbow recently on a bevy of clothing items and accessories, including a license plate that was released for Epcot’s 35th anniversary, which, of course, I had to get.

Now it’s your turn. What are some of your favorite Disney collectibles? Please share in the comments section below!

If you haven’t had the chance to watch this week’s DIS Unplugged, you can view it below: