A Proposal for the Stitch’s Great Escape! Attraction Space 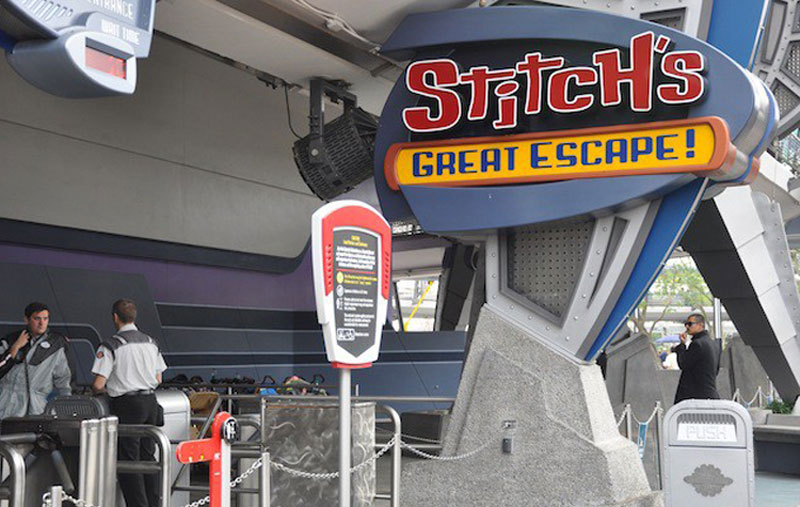 Unpopular and unpleasant are just a couple words that come to mind when discussing the Stitch’s Great Escape! attraction in Walt Disney World’s Magic Kingdom. Exciting, albeit unconfirmed, rumors exist regarding future uses of this attraction space. Nonetheless, when considering what plans Disney might have for such a small space, I became worried that the physical constraints of the attraction building might force Imagineering to design something that works for crowd control and budget, not something that becomes a beloved classic.

So, if I were an Imagineer, what might I consider putting into the Stitch space? Well, I do have a thought:

Many a Disney fan has argued over the years that a tribute to Walt Disney himself (such as the Walt Disney Presents attraction in Disney’s Hollywood Studios) would not only be appropriate but is necessary to have in the Magic Kingdom. Logical suggestions include the placement of a Walt tribute attraction on Main Street U.S.A., which I do think would be lovely. However, I would like to advocate for the utilization of the Stitch space toward the housing of either the current Walt Disney Presents attraction or a new Walt-themed attraction.

Logistically, it could work. The Stitch’s Great Escape attraction area is not large. In my opinion, it is almost certainly too small for a novel attraction with moving ride vehicles. But it might be the perfect size for a walk-through museum-style Walt tribute. This becomes particularly convenient if Imagineering could simply relocate the existing Walt Disney Presents attraction from Disney’s Hollywood Studios into the Stitch space. With all of the changes going on at Disney’s Hollywood Studios, it might no longer be a suitable home for such a tribute anyhow. Moreover, the placement of this proposed Walt homage, right at the entrance to Tomorrowland, could assuage the occasional crowd bottle-neck in this area — assuming that the attraction becomes more popular than its predecessor and does in fact attract guests. Finally, the attraction would be essentially timeless and could remain in its location for a long time without the need for extensive overhauls every few years. But would such an attraction be appropriate in Tomorrowland? In my opinion, Tomorrowland is the best spot to honor Walt not only within the Magic Kingdom but in all of the Walt Disney World Resort. Walt Disney was routinely called a visionary because of his ability to plan ahead for the future. Biographies about Walt emphasize his knack for planning projects that were years, if not decades, away. He was always looking to tomorrow by inventing and implementing new technologies that could improve both his company and daily life. A huge Disney fan myself, I cannot hear the word “progress” without thinking of Walt. And the beauty of Walt’s fascination with tomorrow was in his contagious optimism for what the future would bring.

Although at the time Walt was not alone in his eagerness and hope for the future, such an attitude would be refreshing and invigorating to experience today. I can only imagine how wonderful it would be for guests to visit an attraction promoting an optimistic outlook for tomorrow while also demonstrating the potential that one positive-thinking and motivated person has to change the world. By incorporating a Walt attraction into the Magic Kingdom’s Tomorrowland, guests could connect to the spirit of Walt’s ingenuity — which was seamlessly bound with the promise of tomorrow — while also commemorating the life and legacy of Walt Disney himself.