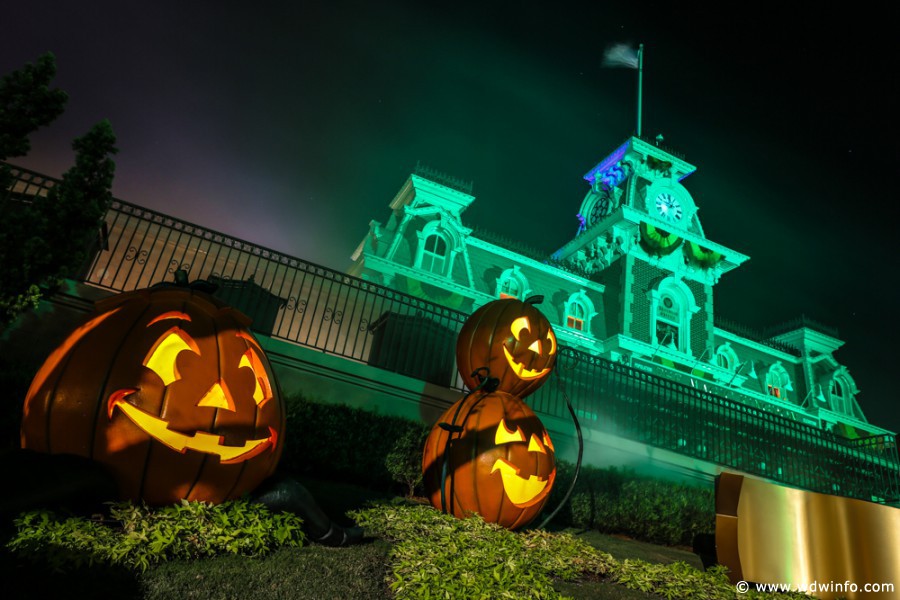 In the spirit of Halloween, imagine standing in the middle of Fantasyland at Magic Kingdom at night. All the lights are on, and you can hear the music from the Prince Charming Regal Carrousel. Everything seems to be in working order, but you notice you are the only living person around. There isn’t a single cast member or guest, not one soul in sight except you. You are excited as you can now ride your favorite attractions without a line! However, being alone, which attractions would suddenly seem really spooky or weird to ride?

*Keep in mind, these are beloved attractions. We are just using our imagination and having fun!

Spaceship Earth is an attraction I love to ride at Epcot, which inspired this article. Long ago, I actually went on this ride alone (except for cast members), and it was terrifying to me. The ascending and descending in the darkness made me nervous. I even had my cell phone out for light. This time, several Audio-Animatronics that I always enjoy seemed to stare at me as my vehicle slowly went by. If there was ever a time you thought they could come alive and go after you, it’s when you’re all alone. Suddenly, the ride feels like forever.

Dinosaur, an Animal Kingdom ride, is another favorite and can be scary any day, but picture being by yourself. It has plenty of dark parts with dinosaurs, but the Carnotaurus coming after you is quite frightening. All alone, the big Carnotaurus scene would have me running out the nearest exit. The picture would show an empty Time Rover because I’d be gone!

3. Pirates of the Caribbean

Pirates of the Caribbean is an absolute classic! However, if I had to do it all by myself, I don’t know if I would like it as much. The fantastic queue would now be strangely quiet without people. There are dimly lit areas, random skeletons, and eerie sounds at the beginning of the ride. Also, once again, there are the famous Audio-Animatronics that seem to follow you with their eyes.

Haunted Mansion is a treasured ride. However, I think it would take a different tone if completely alone at night. Like Pirates of the Caribbean, it has an incredible queue that takes you right into the story. The ominous sounds in the area can be heard from afar before you even reach the mansion. This already builds a certain foreboding for the attraction. By the time I’d get inside, I would already start feeling uneasy being by myself. The stretching room, which I can quote verbatim, would probably have me silently contemplating if this was a good idea to do. The looming darkness, special effects, and characters like Constance Hatchaway are enough to have me saying, “Nope, can’t do this now!” This includes little Leota at the end, saying, “Hurry back!…”

Tower of Terror is a well-done ride at Hollywood Studios, but the drops scare me every time, even on a regular day. This attraction would really be scary in this instance. The queue once again has the perfect build-up to the ride. The lovely yet haunting music playing as you enter the hotel helps the mood. The boiler room, which is already spooky to me, would be my breaking point. Plus, the ghosts with the creepy singing, then the drops…no, thank you!

*Honorary Mention: Frozen Ever After

I’ve never gone on Epcot’s Frozen Ever After. It seems cute, but I can tell you that the Audio-Animatronics with their glowing projection faces would be terrifying to me if I was alone. Imagine if there was a maintenance issue, and their faces got scrambled at that moment as well. Yikes, that would be bizarre!

These are my picks for what I think would be spooky to ride at Walt Disney World if I was the only person in the parks. Again, these were cherished attractions, but with a different perspective. What attractions would you suddenly find very scary or odd if you were alone at the parks?