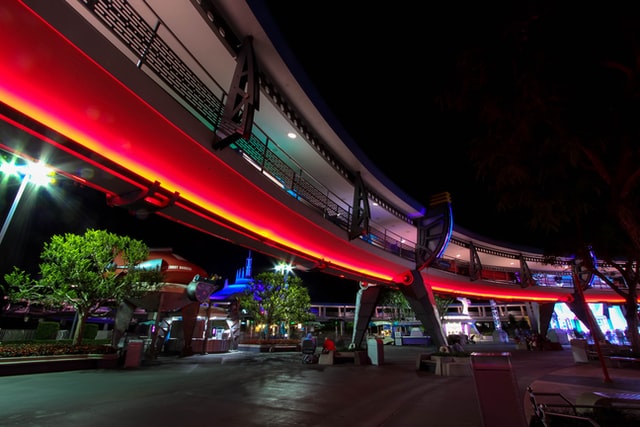 Most of Disney has that effortlessly timeless feel to it, as though no matter how many years come and go, it still feels relevant and fresh for each generation to discover. Many of the ‘lands’ within Disney parks are based on creativity and fantastical whimsy that can only be outdated by a lack of imagination; however, there is one that stands out to me as not holding up its end of the bargain as time goes on.

In our two main parks, we have Disneyland and Walt Disney World’s Magic Kingdom, sharing many of the same attractions and layout aspects. The castle in the middle, a series of lands around the outside; though there are some significant differences, I’m sure you can all agree on the similarities. While many advancements are being made in new areas and lands around the parks, some of the original design feels like it needs some serious attention. Tomorrowland, I am looking at you, my friend.

Even though many Disney areas could use a bit of Botox here and there, there’s only one that feels outdated, and the irony is, it is meant to be the one we look forward to. Tomorrowland was built on the premise of showcasing the technology and conceptual advancements of the future, a look into a better world ahead. Jumping forward to the present day, we have already dealt with the devastating blow of finding there were no hoverboards in the year 2015 (thanks a lot Marty McFly!). Now, it seems we need to come to terms with the fact that we are nowhere near as impressive as we were supposed to be. How do we know this? Because virtually nothing has changed in Tomorrowland to indicate any monumental step forward since it was opened in 1955.

Not sure what I am talking about? Well, looking at Disneyland, if you ignore the varying Star Wars exhibits that now feel out of place outside of Star Wars: Galaxy’s Edge, Disneyland is left with a Toy Story ride (Buzz Lightyears’s Astro Blasters), a moldy-smelling submarine (Finding Nemo Submarine, and some cars that are older than I am (Autopia). Nothing there really makes you feel like you are in Tomorrowland anymore, more that Disney didn’t have any room in the other lands, and some of the attractions have spilled over.

Walt Disney World’s Magic Kingdom, by comparison, has the Carousel of Progress, which fits the theme but, let’s face it, could use a facelift as well.

Sure, there have been a few aesthetic changes: the new, slimline entrance archway, a paint job, or two, as well as some restyling of structural aspects. But for the most part, this land feels more like a homage to the past than a glimpse into the future. And even though the new TRON ride will have a futuristic feel to it when it opens in Walt Disney World’s Magic Kingdom eventually, it is, after all, based on a series of the same name that began development in 1976.

Disneyland, on the other hand, might be better served by the new Avenger’s Campus in Disneyland California Adventure park, which is currently in production. This new land can be found wedged between the Guardians of the Galaxy: Mission Breakout attraction and the dusty strip of Cars Land; real estate that was previously occupied by A Bug’s Land. With a fast-paced, space-age feel to it, this new area is bound to take the cutting-edge cake from Tomorrowland when it comes to capturing the imagination of the future.

I’ve thought about how Disney might be able to transform Tomorrowland back into a thriving salute to the future, and I have to say I think much of it would include the education aspect that EPCOT has taken on. Finding ways to promote sustainable living and innovation is an equal part of our future, representing more in EPCOT’s Living with the Land boat ride than anywhere else in the parks. I also find it hard to believe that there aren’t ways to showcase advanced technology that doesn’t involve the presence of Tony Stark and the Marvel universe. Why not find ways to create interactive learning experiences with hands-on demonstrations of things like solar power and electric cars? Making that connection between learning and living, wrapped up in the fun and excitement of Disney attractions and imagination.

I’m throwing this ball over to you now. What would you do to Tomorrowland to bring it into the new age and represent the future you would like to see? Some of you are very creative so I am really interested to see your take on where Tomorrowland could go. Bonus points if you can find a way to get me that hoverboard!