Legend has it that Walt Disney was inspired to include a carrousel in his park after taking his daughters to the merry-go-round at LA's Griffith Park.

The carrousel was built by Italian woodcarvers in 1917 and featured at Olympic Park in Maplewood, New Jersey. For trivia fans, it's technically the oldest attraction in Fantasyland. It plays Disney tunes as it spins. 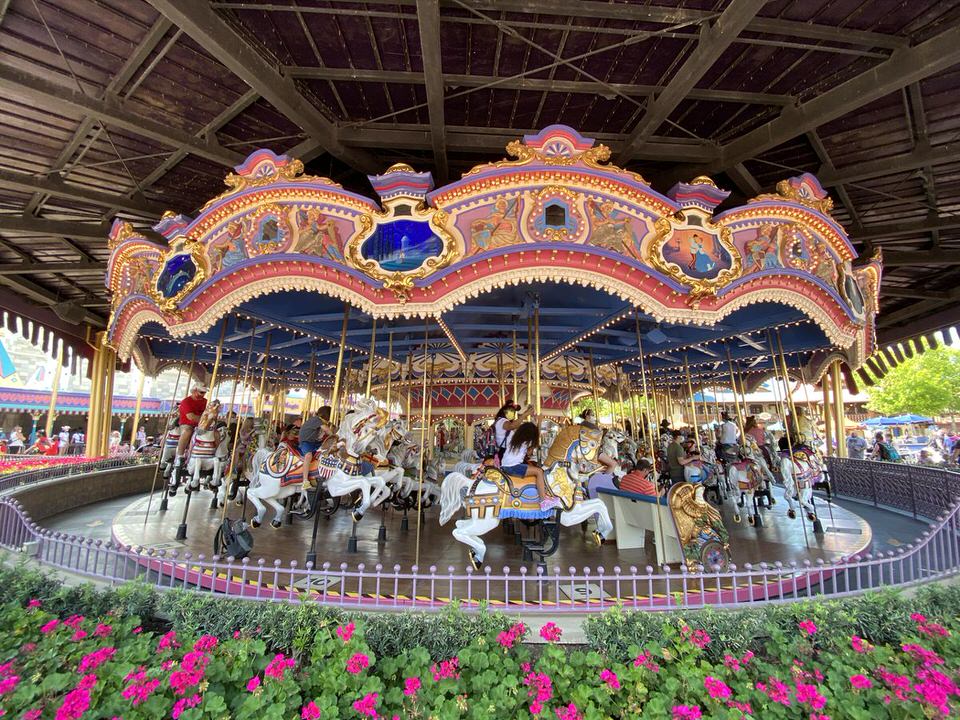 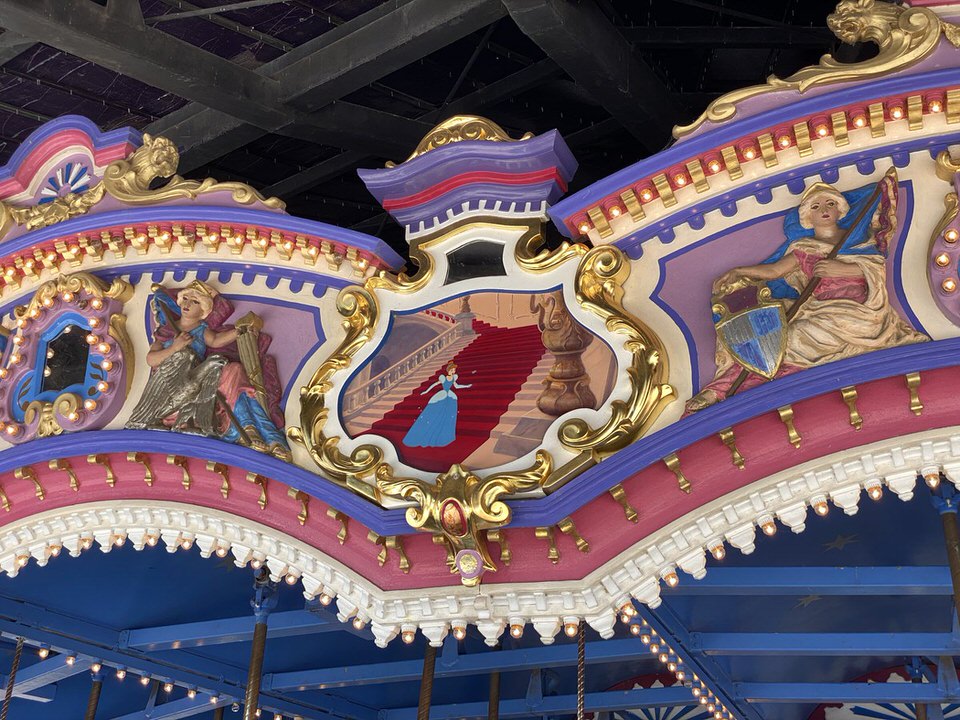 When Disney acquired it, the company artists refurbished the 90 horses so that no two are exactly alike. There are eighteen hand-painted scenes that tell the story of Cinderella on the wooden canopy that covers this attraction.


The attraction was known as Cinderella's Golden Carrousel until June 2010 when the name was changed to Prince Charming Regal Carrousel to better fit with the plans for New Fantasyland. The official backstory for the name change says:

"There's a lot of history behind Prince Charming Regal Carrousel. After their wedding, Cinderella and her Prince Charming moved into Cinderella’s Castle. The Prince decided that he had some spare time on his hands since the kingdom was so peaceful. He wanted to enter some jousting tournaments, but needed a little practice. In some spare land near the castle, he built a contraption that would help him train. It was a circular platform that held carved horses, big enough to ride on. A trainee would sit on a wooden horse while the platform spun, allowing him to practice ring-spearing, one of the popular tournament events. In this event, a knight rides his horse as fast as he can, and attempts to use his lance to spear a small ring hanging from a tree branch. The ring-spearing event was known as 'carrousel.'”

Soon, everyone in the village noticed the Prince’s “new toy.” To give everyone a chance to experience it, Prince Charming built another carrousel nearer to the Castle. The new carrousel was made to fit the splendor of the Castle Courtyard, by decorating the horses with golden helmets and shields, flowers, and medallions. All the villagers are invited to take a spin on the carrousel and enjoy a taste of the royal life."

This 2-minute ride is perfect for young children.  This is considered a minor attraction but it is a bit slow-loading so there may be a line.

Handicapped accessibility: Guests must be able to transfer from their chairs in order to ride.

Tip: If you're a frequent visitor, take a photo of your little one with each visit and watch him/her "grow" over the years. 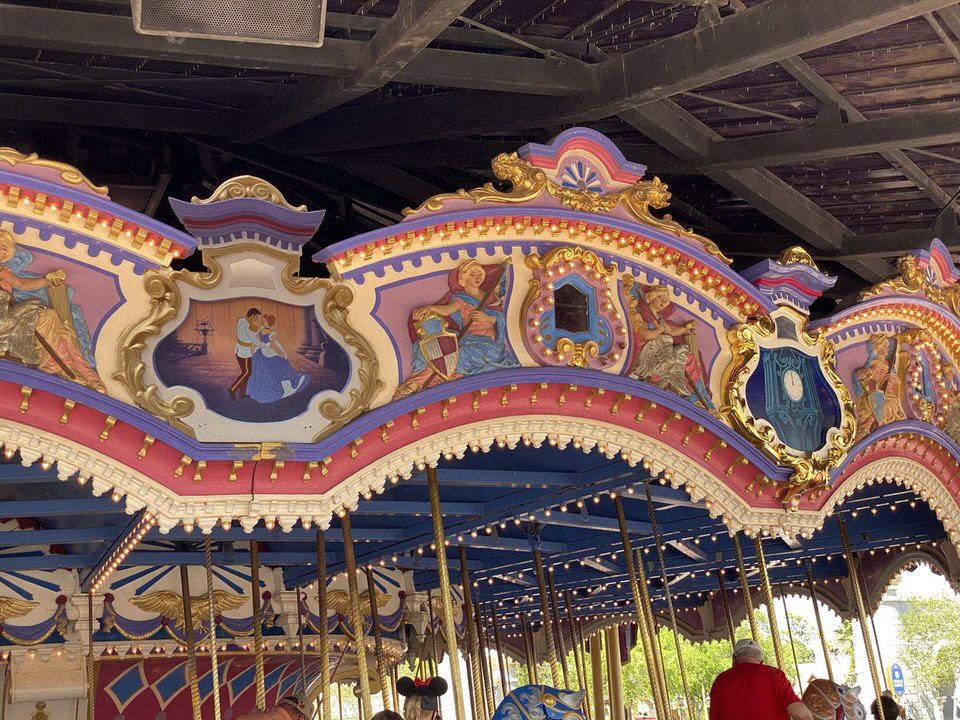 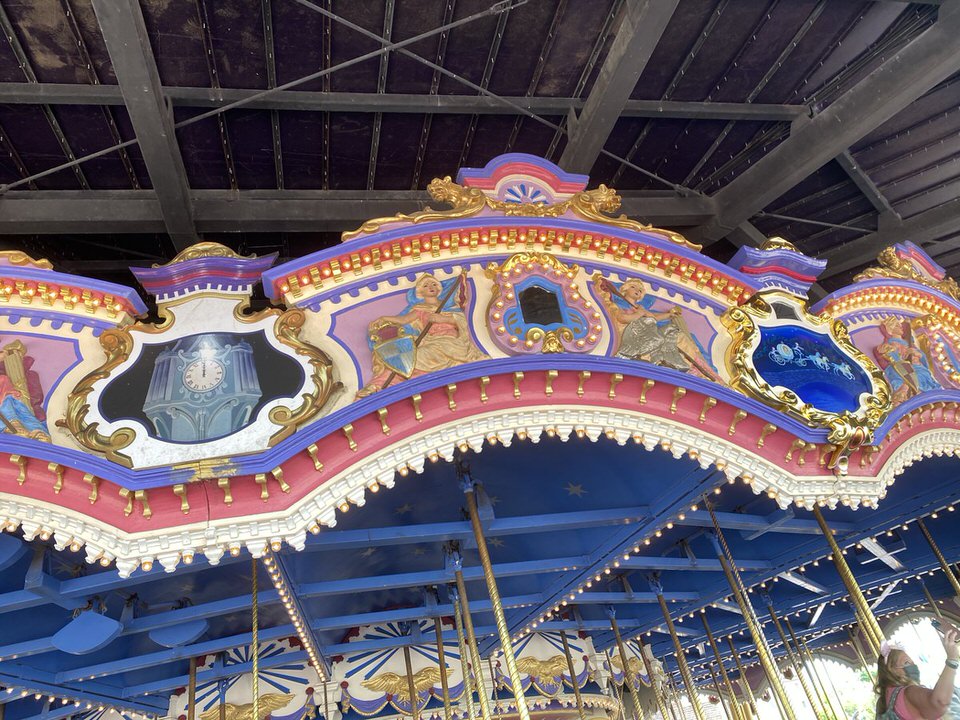