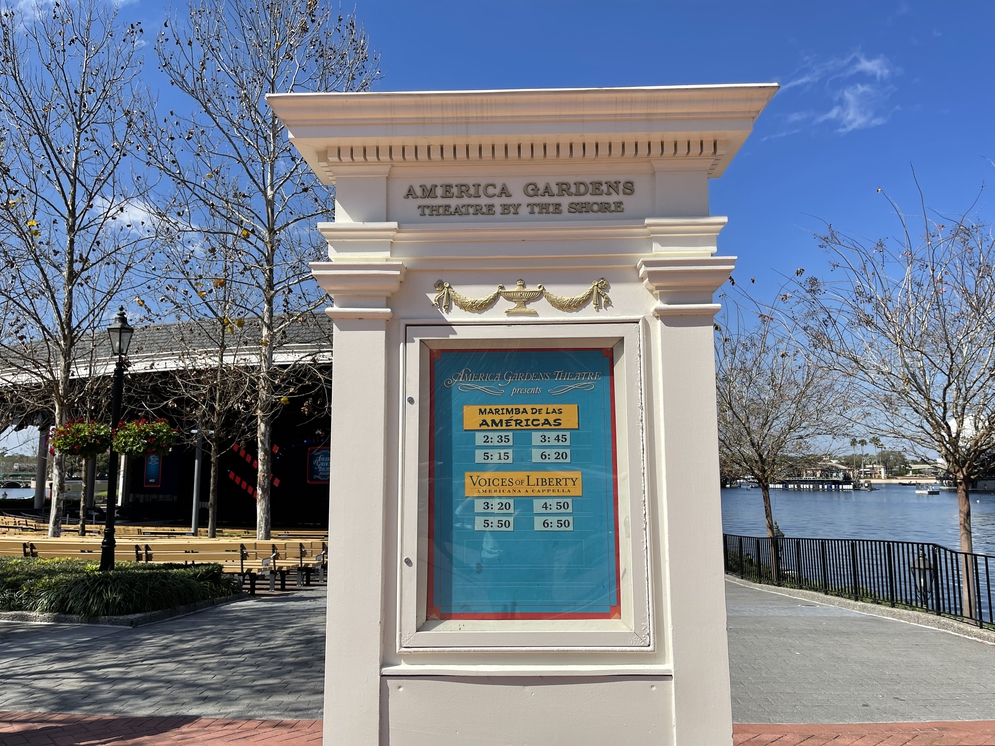 The day that menus are released for a new EPCOT festival is always a good one. I mean, ’round here, it’s a busy one, but it’s definitely also a good one. It’s fun to see what the chefs at Walt Disney World are cooking up for us, and it’s equally fun trying to plot out a plan of attack for gobbling down as many of the special festival food items as humanly possible.

Tucked in and amongst all of the details regarding the Outdoor Kitchens and the food items this morning was a little nugget of information that I think I’m most excited about. And believe it or not, it has nothing to do with food. Shocker, I know.

During normal years, several times during each festival, I would make my way back to the America Gardens Theatre to sit or stand and sing and clap along with some of my favorite artists. Whether it was the Eat to the Beat Concert Series during Food and Wine or the Garden Rocks Concert Series during Flower and Garden Festival didn’t matter. Just being able to sit there and enjoy 30-minute mini concerts given by incredible musicians while sitting in the middle of my favorite Walt Disney World theme park was my own little slice of Shangri-La.

Announced this morning was that, in addition to the performances of Voices of Liberty and Mariachi Cobre, cover bands who are local to the Orlando area will offer concert-style performances. While they’re not some of my favorite artists (yet), these bands will bring concerts back to the theatre, and I couldn’t be happier.

The cover bands will perform music of their specific genre, whether it be 80’s pop, Motown soul or Latin beats. As we’ve seen in the theatre thus far, physical distancing standards and safety measures will be adhered to. The Orlando cover bands likely won’t garner the crowds that some of the artists normally slated to play on the stage would, which is likely part of the reasoning behind having them perform. It’s a way to collectively dip our toes in the water and see how it goes. I, for one, hope it’s a hit.

Call me a sentimentalist, I’m okay with that; I’ve got broad shoulders. I’ve had the 2020 Garden Rocks performance calendar on the side of my fridge for a year. From time to time, I stop and read through the artists who were slated to perform before the world stopped. Today’s news, in my mind, is a step toward normalcy, and I am grateful. Baby steps can also be big steps, right?

To read through all of the live entertainment options coming to this year’s Taste of EPCOT International Flower and Garden Festival, click here. The concerts will take place on Sundays, Mondays, Fridays and Saturdays, and the concert times will be listed in the Festival Guide.

Will you attend one of the concerts during this year’s festival?