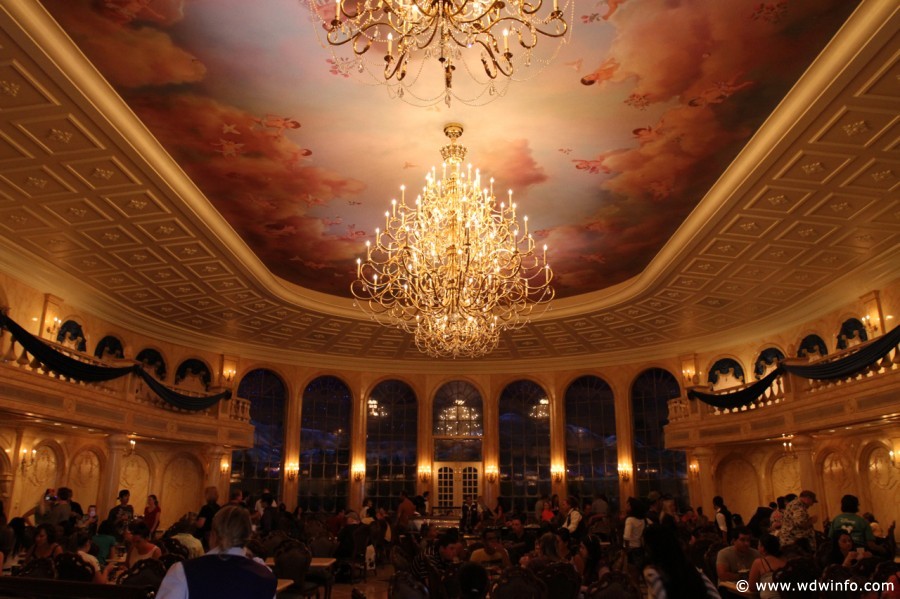 Part of that Disney Magic lies in the restaurants, and rightfully so. The theming and concepts behind some Disney World restaurants are unparalleled and can make your trip. However, a few of these restaurants can leave you unimpressed if the food disappoints. Here’s a list of restaurants with cool concepts or amazing theming that you should avoid going to if the food is the most important factor to you: Probably Disney World’s flagship restaurant in terms of theming, Be Our Guest surpassed Cinderella’s Royal Table as the fan favorite when Imagineers immersed guests in the Beast’s castle and offered quite good food. While the theming remains breathtaking, the food has tapered off and the service has gotten lazy. It’s hard to blame a restaurant for becoming reliant on such brilliant theming, but you may have to go elsewhere if you are expecting top notch cuisine and service. The watered down French food isn’t terrible, but certainly isn’t anything to write home about. If you somehow even get a table in Be Our Guest, take the food at face value and know that you are here for the theming.

Biergarten transports you into a small Bavarian village during Oktoberfest and brilliantly makes you feel outside while you’re actually inside. This level of immersion is matched by its fun performances and party vibe, with traditional German singers that bring guests on stage. Biergarten also starts every day with a ceremony in which a random guest taps the keg and gets a free beer. This is a very fun and immersive experience, but the food doesn’t keep up unless you’re a huge sausage fan like me. But for the rest of you, there are few options at this buffet-style restaurant, so steer clear of Biergarten if you can’t stand lunch meats. Also, the tables seat 8 people so avoid this restaurant if you have a smaller party and don’t like eating with strangers. If you watched Full House as a kid like me, you’ve probably wanted to go to Coral Reef ever since you saw Uncle Jessie swim past the dinner table while Danny tried to propose to his girlfriend. This is one of the coolest concepts for a restaurant, so it is even more disappointing that the seafood here is subpar. There are few places around where you can eat a meal while looking directly into one of the largest aquariums in the world. However, the food here is lacking. The fish is often bland or undercooked and the seafood dishes are unimaginative. Come here to watch fish swim past your table and hope it distracts you from the overpriced food. I hadn’t gone to San Angel Inn for years because of the consistently bad food, but when I was looking for the best date spot for my girlfriend’s first trip to Disney World I was fooled again! I can’t even blame myself though, because the atmosphere is just so charming. Nestled right up against the Gran Fiesta Tour and a Mayan temple, and overlooking the beautifully themed Mexican marketplace at sunset, San Angel Inn can easily sucker you in. The service was outstanding, and the host was very accommodating as we were able to get a table on the water with no reservation. All in all it was an unforgettable dinner, but only because I forced myself to forget the food. The food here is simply unforgivable. I’m a foodie who usually eats everything except the napkin and I found myself letting the waiter take our plates with food left. While the cuisine here is authentic and the menu is creative, the food is just poorly executed. I recommend you come here for a few appetizers and the awesome atmosphere.