Growing up in Central Texas, I had very little exposure to French Cuisine.  Aside from French Onion soup, (a seemingly mandatory menu item at most restaurants), my knowledge of French food was limited to what I had seen on TV. Hollywood’s portrayal of French restaurants left me with a mental picture of highbrow eateries filled with over-the-top culinary concoctions, and waiters who were aloof at best.  I tend to be a steak and potatoes type of guy, and just didn’t find the idea of French food appealing.  That all changed in 2014 with my first visit to Chefs De France in the France Pavilion of Epcot’s World Showcase.

Unlike the typical Disney dining reservations which are carefully calculated months in advance, our visit to Chefs de France was a last minute scramble to seat a party of eight on one of the busiest days of the year: July 4th. An unforeseen change to our itinerary left me with very few dinner options, (2 to be exact) and after checking a few reviews, I decided to give Chefs De France a shot. We arrived  just as dinner service was getting underway and after checking in, we only had a brief wait before being seated. Though still a bit unsure about trying a French restaurant, I needn’t have worried.  From the hostess who greeted us at check in to the upbeat and friendly wait staff, every cast member we encountered was friendly, helpful and eager to answer questions and explain the menu.  (This is still Disney after all.)  I found the restaurant to be warm and inviting without feeling highfalutin.

We wound up with a table next to the front windows, and as the night wore on, we realized how lucky we were to get a table. When we arrived we only had a couple of people in front of us.  Within 3o minutes of being seated, the line to the check in podium stretched all the way back to the bridge. Our group ordered a variety of things from the menu to sample, and everything we tasted was fantastic, starting with the amazing baguettes. This is hands down the best bread I have had on property.

Quite possibly the best bread I’ve had ever.

Remember in Ratatouille when Collette was explaining to Linguini how to tell good bread by the sound it makes? How it crumbles and crackles when you break it apart?  The baguettes served at Chef’s de France fit this description. They are hard and flaky on the outside and warm and soft in the center. Served with a side of butter, they are a perfect start to the meal. Another dish that was a top pick for me was the afore mentioned French Onion Soup. This has always been one of my go-to items when we eat out, but never have I tasted a version as good as this one.   The broth was lighter and had more flavor depth than your normal “canned broth & onions” mix, and the bowl was so large that the baguettes and soup could easily make a meal.

Another hit from this trip was the A la Flame Alsacienne (a crispy flatbread topped with crème fraiche, onions and bacon…like a flaky bacon pizza). All in all, our first visit to Chefs de France was a fantastic experience.  It challenged me to have fewer concerns about my dining reservations, and we vowed to make it a regular stop. Yet the question lingered, was this a one-time thing?

How often have you experienced a great restaurant at Walt Disney World, only to return later and find that it has lost some of its luster? Would our next visit be equally as successful or would it turn out to be a disappointment? The answer to that question came when we returned to Epcot during my daughter’s cheer competition at ESPN Wide World of Sports.

Like our first visit in 2014, the uncertain schedule of the cheer competition meant that this dining reservation was also made at the last minute. (I was literally waiting to board the Friendship boat in Future World and booked it on my phone using the My Disney Experience app before we crossed the lagoon.)

Whereas our first experience at Chefs De France was during dinner, on this trip we were heading over for lunch. We hit the doors just as they were opening and were quickly seated by a window over on the side of the restaurant near the Morocco pavilion. We had a great view of the lagoon and were soon eagerly perusing the menu. One thing to note about Chefs De France is that the menu offerings for lunch and dinner are not 100% identical.  I recommend that you check them out ahead of time before deciding which meal to book here.

I was eager to wrap my gums around some more of those baguettes, and though I wanted to try the lobster bisque, I simply could not pass up another a bowl of French Onion soup.   Somewhat forgetting the portion size of the soup, I went with the lunch Prix Fixe and ordered French Onion Soup, and Croque Monsieur avec salade verte. (It’s basically a toasted ham and cheese sandwich which has cheese both on the inside and outside of the bread served with a small side salad.)

Our bread was soon delivered and I am happy to say that the quality has not suffered in the slightest. In fact, it seemed even better than I remembered. The first round vanished quite quickly and as replaced by our amazing server.   When the soup came out, it did not disappoint. (Though I quickly remembered that the portion size was enough to make a meal out of.) It did not take long for our entrées to arrive, and everyone dug in.   My wife and oldest daughter both went with the A la Flame Alsacienne (bacon loaded goodness mentioned above), and my youngest daughter ordered the Croquette de Boeuf en Broiche (French burger and fries) from the kids menu.

Everything was once again fantastic.  The sandwich that came with my Prix Fixe meal was probably my least favorite item of anything I have sampled here, but part of that was me already being full from the soup and bread. And even then, it was still good, I just liked the flavor of the other items more.

We closed the meal with a round of Crème Brulee and considered ourselves fortunate to enjoy such a great meal in such an amazing place.  Once again we had great service, great food, and enjoyed a great view from our table.

If fear of French food or preconceived notions about French waiters have kept you from trying this establishment, do yourself a favor: book a table during your next trip. The great location, warm décor, friendly and attentive staff, and hearty cuisine make Chef’s De France a welcome addition to our “must do” restaurant list. 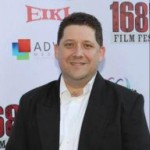