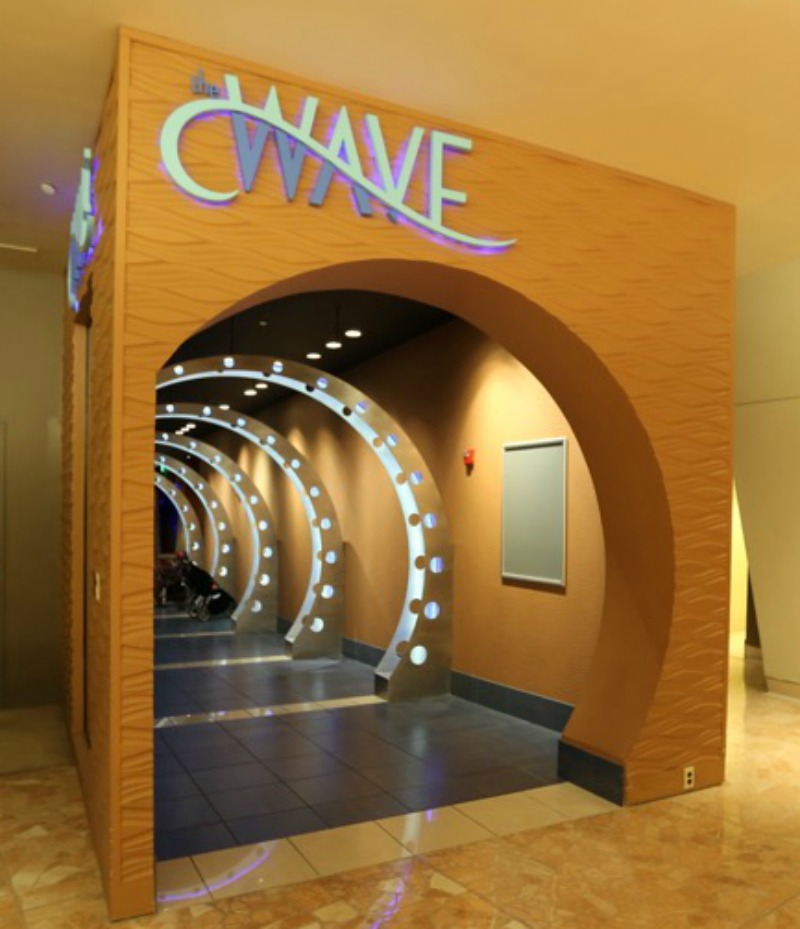 Sometimes when you’re on vacation at Walt Disney World, you want to have a really great breakfast for a fair amount of money without having to interact with Disney characters. This describes my family perfectly as we have teenagers who want good food in abundance without being surrounded by Disney characters and many excited, noisy children. We also want to feel like we’re on vacation at Disney, so off-property restaurants we have at home are not what we’re looking for either.

Today I’m sharing why The Wave… of American Flavors at Disney’s Contemporary Resort fits the breakfast bill for us, in more ways than one.

Not only does The Wave have a great breakfast buffet, they offer an à la carte menu as well. Here is a list of the entrées offered during breakfast:

Now for our favorite – the breakfast buffet. This breakfast buffet has an assortment of “Wave Specialties” and “Classic Breakfast Favorites” served with your choice of juice, coffee, tea, or soft drinks for $23 per person for adults ages 10 and up and $13 per child ages 3-9 (subject to change). For the record, this price is at least $10 per person less than most character buffets at Walt Disney World. Most of the choices on the à la carte menu were available on the buffet too.

The assortment of fruit is plentiful with mixed berries including blackberries, raspberries, and blueberries. Also among the choices was pineapple, grapes, strawberries, and assorted melon including cantaloupe, watermelon, and honeydew melon. Pre-made yogurt parfaits were available with berry-mint Greek yogurt, honey vanilla yogurt, and banana-caramel Greek yogurt. Each parfait had its own granola topping that was thoughtfully paired with fruit on top. I had the banana-caramel one because I have been missing the bread pudding at ‘Ohana; not quite the same, but it sure was delicious! There were quite a few choices of freshly-baked pastries to include croissants, danishes, muffins, and cinnamon rolls. Bagels were available upon request and there was fresh lox (smoked salmon), capers, red onion, tomato, and chopped egg to go along with them. They also had beautiful deviled eggs that were deliciously topped with prosciutto along with ham and cheddar pinwheels. There was even cold cereal available for those who needed their Froot Loop fix. Something I noticed and especially loved was that several Cast Members were there tending to the buffet each time we went up making sure that fresh items were coming out of the kitchen often. Everything was piping hot and as fresh as could be.

Between all of us, we tried everything on the buffet and none of us found anything that we didn’t care for. My very favorite items were the sweet potato pancakes, the hashbrown casserole, and yogurt parfaits. We all loved that we could try many of the items on the menu without breaking the bank.

Also, since coffee is a majorly important part of my morning, I want to be sure to mention that theirs was very strong. I ended up asking for a pot of hot water on the side to tone it down a bit. I’m by no means a coffee wimp, but this one was a serious dark roast, or just brewed strong. My usual amount of half and half hardly lightened it up. Once I figured out the water/coffee ratio, it was perfect.

Have you had breakfast at The Wave? What were your favorite things about it?