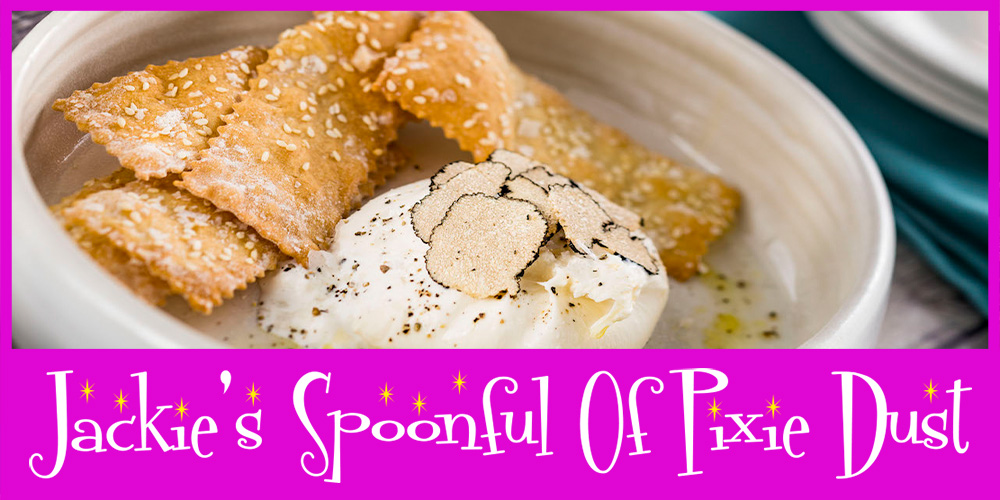 As I do each morning before I even roll out of bed, I was scrolling down my Facebook timeline to see what is new in the world when I came across a post made by Kathy Werling. If you aren't aware, Kathy is a member of the DIS Unplugged and she's also a Dreams Unlimited Travel agent.

She asked her followers what they would order if Walt Disney was able to deliver their favorite meal so I thought we'd discuss that here today.

I don't know about you guys, but I've been having groceries delivered to my house from Publix using Instacart and from Whole Foods using Amazon, but if I could order Bobotie Mac and Cheese from Jiko - The Cooking Place and have it delivered to me? Well, I might be in big trouble because I probably wouldn't eat anything else again. Ever.

Then I got to thinking about it more and there are probably hundreds of things that would be amazing if I could have them delivered from my favorite Disney restaurants. I mean, all hypothetical, obviously, but those Sweet Potato Pancakes they serve at The Wave... of American Flavors are probably my most favorite breakfast item next to the Vanilla-Laced Brioche French Toast that's served at the Grand Floridian Cafe. Speaking of The Wave, their Bacon & Eggs appetizer sounds great for breakfast too! In the photo above, you'll see the Burrata con Panna appetizer that's available at Topolino's Terrace at Disney's Riviera Resort which is also one of my favorites. Oh, and let's not forget about the famous Strawberry Soup at 1900 Park Fare – FABULOUS!

I've also been seeing all the Mickey frozen confections in local grocery stores for months now, but they don't taste the same as the ones you get in the theme parks at all, so they really don't do anything for me – not worth the calories. If I could have a REAL Mickey Premium Ice Cream Sandwich delivered to my house? Again, I'd likely be in big trouble.

There's probably a really good reason why we're not able to have our favorite Disney foods delivered to us at home, but it's fun to imagine the possibilities.

What food item from which Walt Disney World restaurant would you have delivered to you at home if you could? Let me know in the comments below!