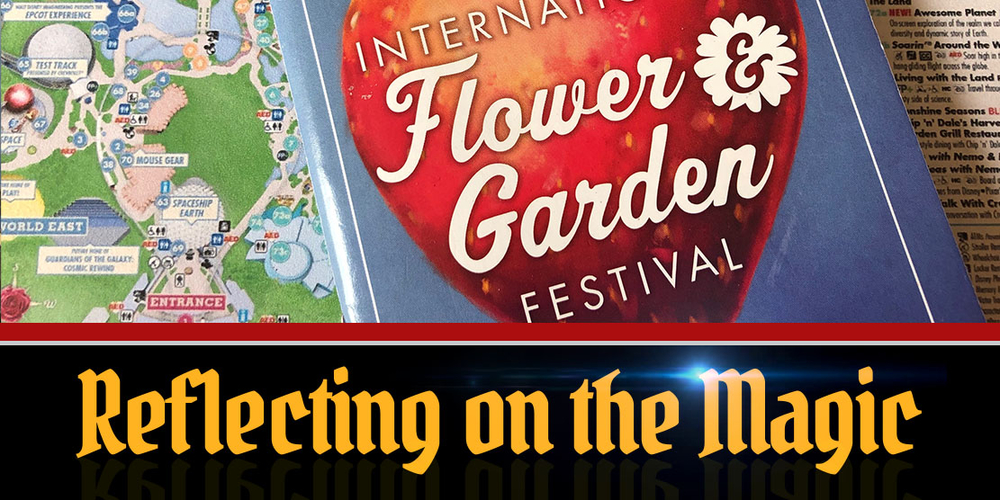 As I mentioned in one of last week’s articles, my last day of covering the Walt Disney World parks for The DIS before they closed was the first day of this year’s Epcot International Flower and Garden Festival. I had several missions to accomplish that day, and, thankfully, by the time that everything was said and done, I was able to check everything off of my list. 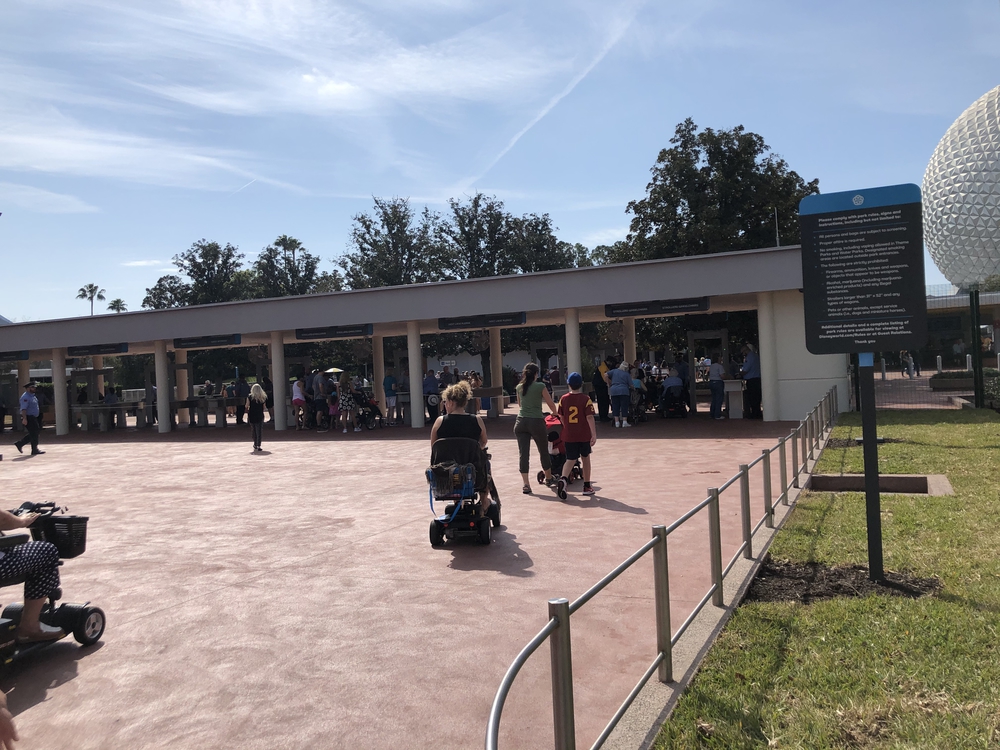 The day started off with a welcomed surprise as the new bag check for the east side of the Epcot entrance was open. It had been under construction for quite a bit, and the security guard who checked my bag was happy to tell me that it was making its debut that morning. 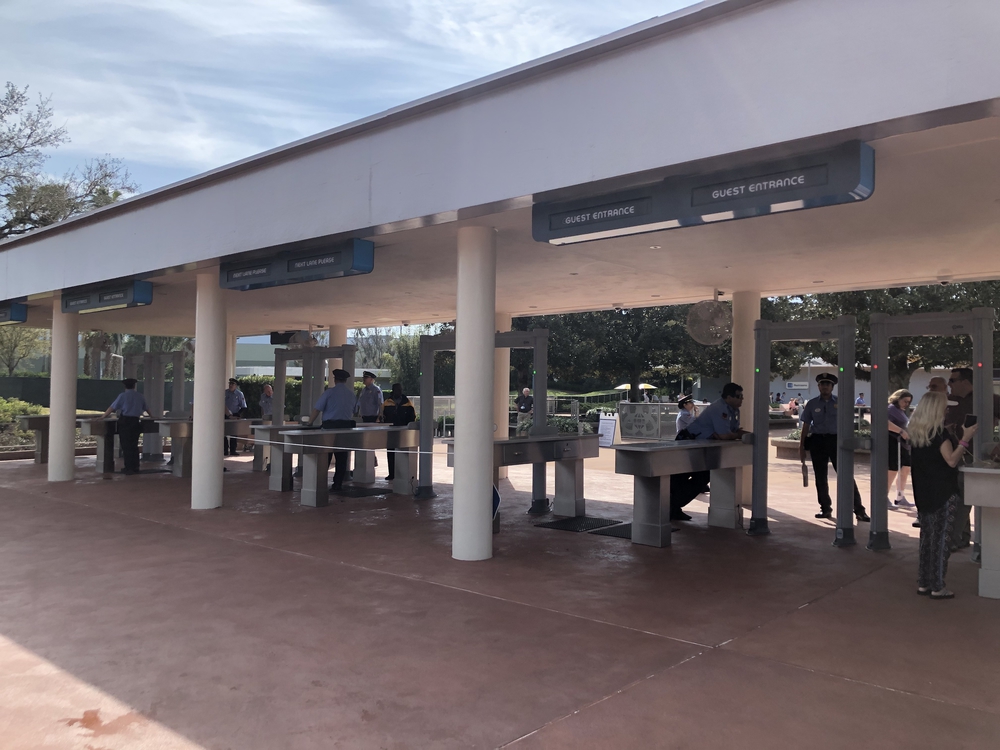 After checking out the new main focal floral installation, I decided to swing by MouseGear. I made my way to the shop via the recently opened walkway that now leads guests to Future World East. The walkway takes guests through what used to be a backstage area and routes people to the future Guardians of the Galaxy: Cosmic Rewind attraction.

Before March 4th, I had never purchased a Disney spirit jersey (I was holding out for one in lime green), but when Disney released a sneak peek of the 2020 Flower and Garden merch, I knew that my first spirit jersey must now be the festival edition featuring Orange Bird. Little did I know, but there was no “swinging by” MouseGear that morning. 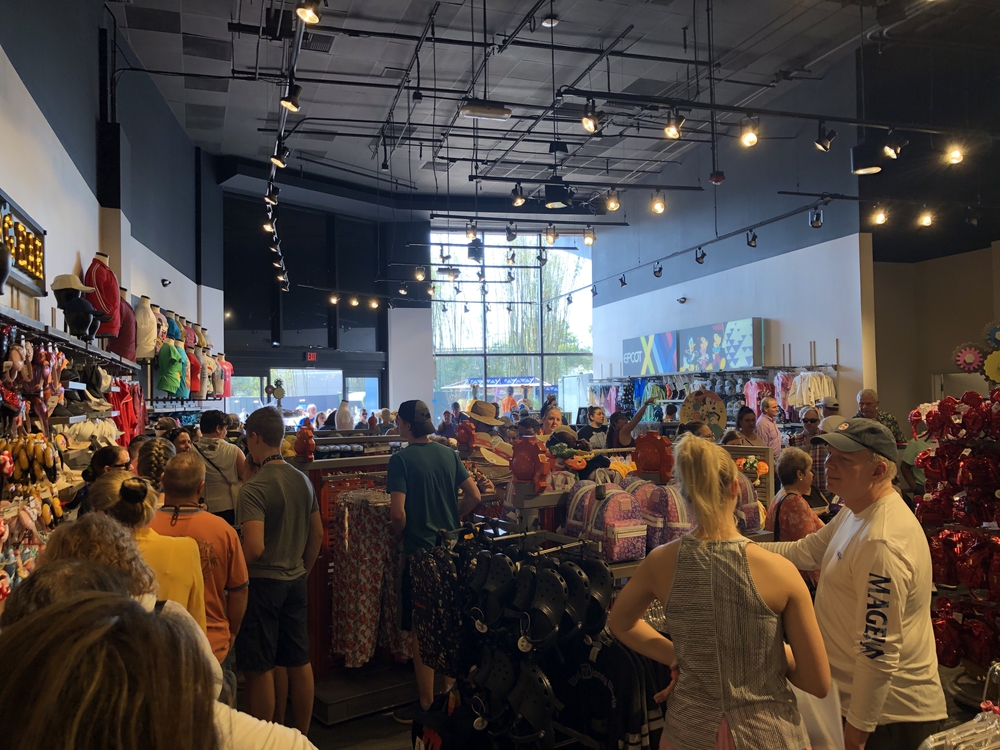 As you can see from the picture above, the checkout line wrapped around the entire front of the store, and snaked down the middle. It moved slowly, and when I heard a cast member say that she’s never seen anything like it, and then overheard a fellow guest say that the line was taking an hour and a half to get through, I bailed. Orange Bird would have to wait.

I met up with Fiasco and DISer Nick Chappell, and we began what was one of my main missions for the day: to help film the Disney Dining Show that highlighted various sweets and savories found at the festival’s Outdoor Kitchens. 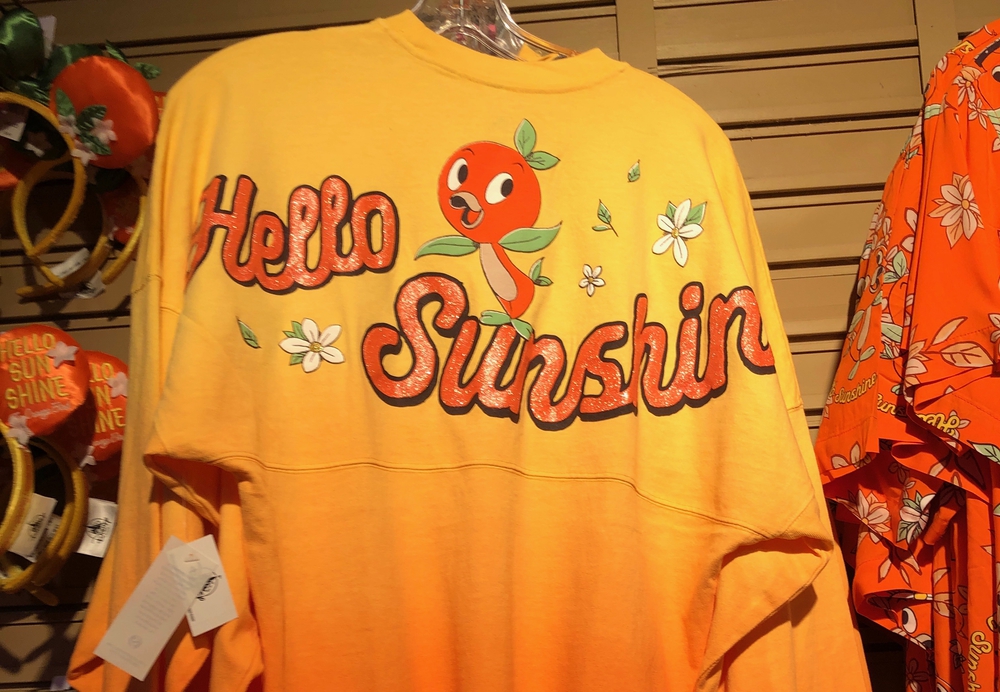 Thankfully, on our way to one of the food locations, Fiasco spotted the Orange Bird spirit jersey at one of the pop up merchandise kiosks. Mission #1 accomplished. I wore that spirit jersey the rest of the day, thankyouverymuch, even though the high temp was right around 90 degrees. I was just so happy to have it. 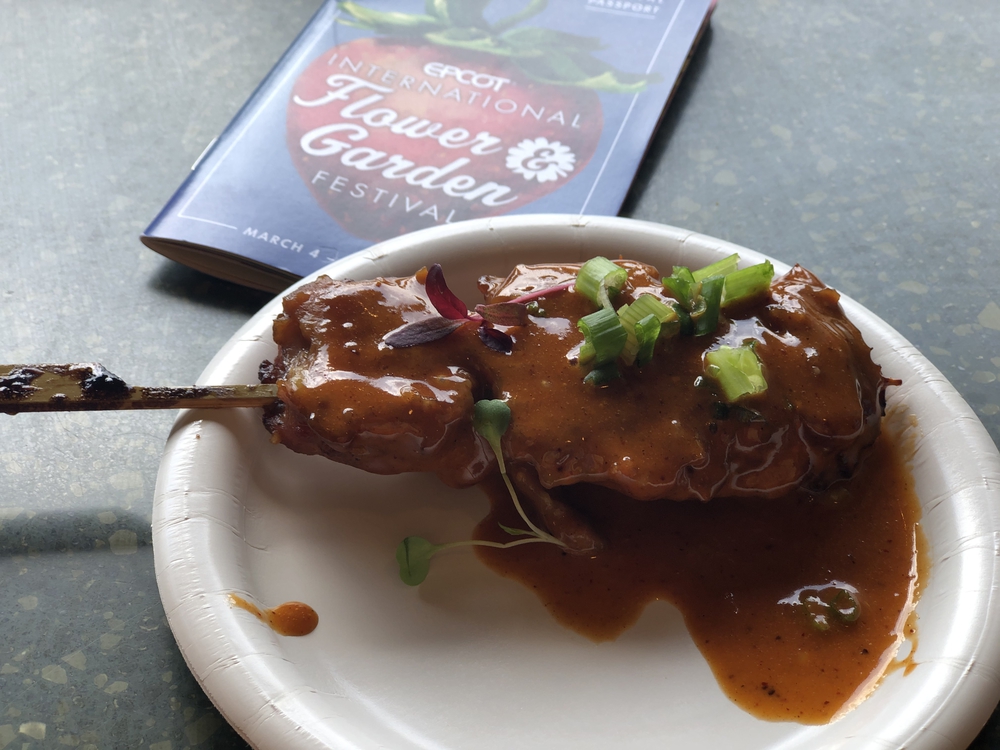 My first festival food item of the day was the Bon Bon Chicken Skewer ($6.50) from Lotus House in the China pavilion. The sauce used on the skewer is a rich and thick sesame and peanut sauce, and it brought the heat on the back end. The sauce provided a nice level of spiciness without being overbearing. We had initially wanted to try the House-made Crab and Cheese Wontons ($6), but unfortunately, they were unavailable. Spoiler alert: I got the wontons on my next visit, and they were incredibly good. I’ll say more about that later this week.

Did you have the chance to attend the Flower and Garden Festival before the parks closed? Do you have a festival food item that you look forward to every year? Please let me know in the comments section below so that I can add it to my must-eat list.

See you tomorrow for part two of my adventure around the World Showcase!