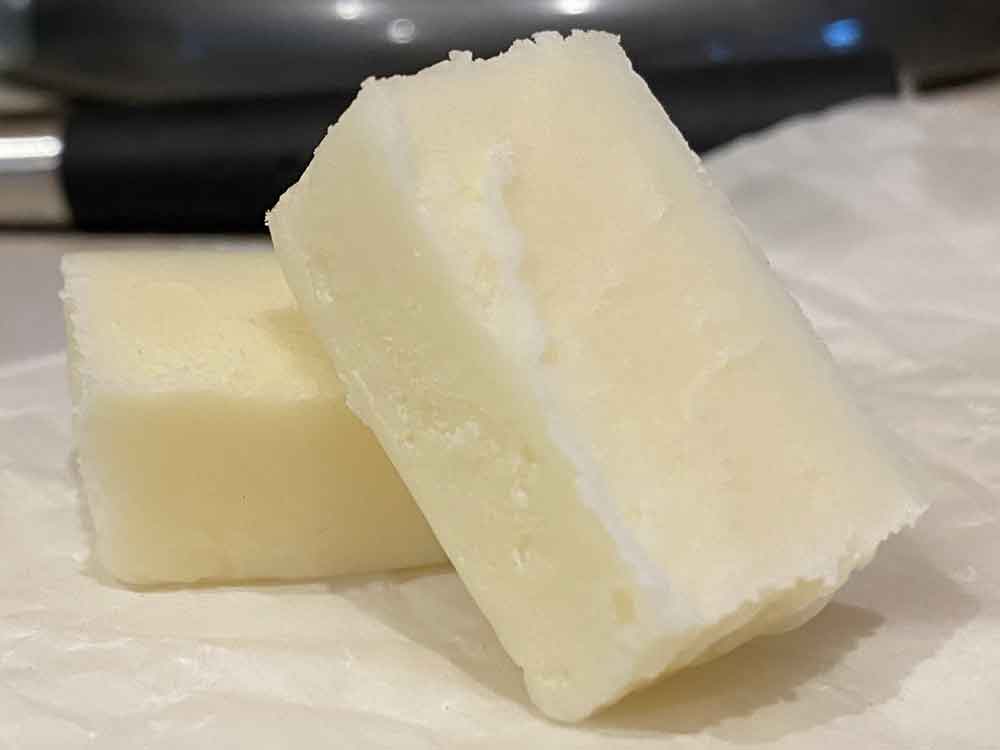 When I used to work outside of my home, the holiday season meant that it was time for me and my coworkers to make and bring holiday treats in to share with each other.

One of the goodies that was most regularly brought in was fudge. It was usually the traditional fudge and we all really loved it. In looking for a kicked-up version of the recipe that’s often found on the back of a bag of chocolate chips, I came across a recipe years ago called Mamie Eisenhower’s Million Dollar Fudge and it was fantastic!

My family loved that fudge recipe so much that I made it several years in a row and even gave it away as Christmas gifts. When it comes to different flavors of fudge, there are always so many different kinds available during the holidays. I’ve seen white chocolate peppermint, pumpkin fudge, and one in particular that I have always been intrigued by but never tried – eggnog fudge.

Last week when I visited BVG inside Disney’s Contemporary Resort, they had a huge case of various sweet confections right in the middle of the store with several different types of fudge available for sale. Fudge is typically pretty pricey and you don’t get a very big chunk of it. It was $4.49 for a pretty small piece of fudge but I’d rather just buy a piece to try as I don’t like to make a whole batch of a special flavor before I know if we’ll love it. If I don’t like it, chances are that my family won’t like it either and we don’t need to end up with a big pile of fudge kicking around the house. So, I bought a piece of eggnog fudge and took it back to my resort hotel room for a late-night snack.

I will say that every time I’ve been to Walt Disney World during the holiday season, I have always tried any eggnog flavored treat that was available because I love the flavor of eggnog but I don’t like to just drink eggnog because it’s weird to me – too thick. What I do at home is fill a coffee mug halfway with eggnog and the other half with milk so that it’s not so thick then I put it in the microwave to heat it up and it’s amazing. Whenever I’ve gotten an eggnog flavored treat during the holidays at Disney, the treat doesn’t taste enough like eggnog to satisfy that craving. This eggnog fudge however was absolutely amazing and I highly recommend it. It had a great eggnog flavor and I enjoyed it so much! In fact, I still have about half of it left because it is pretty darn sweet and so rich that it doesn’t take very much to satisfy that sweet tooth.

If you are craving an eggnog treat this holiday season, stop by Disney’s Contemporary Resort and grab a chunk of eggnog fudge to share; you’ll be really glad you did. If you do decide to try it, please stop by the comments and let me know what you thought!