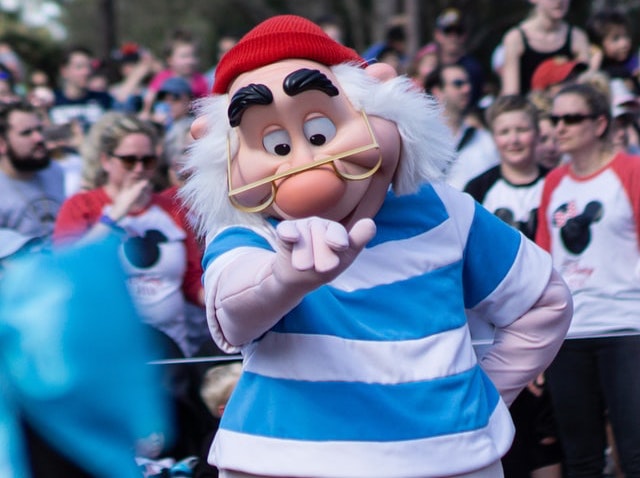 Over the years, I have attended my fair share of Disney dining experiences. Buffets, family-style, à la carte; we've done them all and usually with the correct amount of surprise and delight. But, when it comes to the colorful world of Character Dining, I've often felt that there is that unusual twang of Disney discontent that something is missing.

Let me say, first of all, I love character dining. It can be extremely fun, especially with kids, and I've loved our moments with Mickey and friends, Winnie the Pooh, and all the Disney princesses. That said, as my children grew, it became clear that there was a niche for boys that was missing from character dining.

Now, the reason I say boys, isn't because girls can't like the same things, it is simply that as a mother, I felt that my daughter's interests were always catered to with costumes and characters, but my son often wondered why none of his favorites were represented. When he was younger (now ten), the only dress-ups for boys were Star Wars related, and one year we visited, not a single other option was available. And yes, we asked!

Getting back to the dining, there is an excess of opportunity to meet your princess of choice in all the parks, and yet, something as simple as a regular Toy Story character breakfast just doesn't exist. I've started thinking about what is missing from the dining experiences and I feel as though the variety of characters isn't as broad as the parks should cater for.

So, when everyone likes something different, how do you accommodate everyone's feelings? The answer is a good, old fashioned schedule. How fabulous would it be to have one dining location in both Disneyland and Walt Disney World where you could dine with Marvel characters on Monday, Toy Story on Tuesday, Pixar on Wednesday, Disney character favorites (think Rapunzel and Flynn Ryder, Tinker Bell and Peter Pan) on Thursday, Pooh & friends on Friday, Mickey and friends on Saturday and villains on Sundays? I think the word you are looking for is epic, right?

Seven princesses in one room still has a place in this scenario somewhere, though, I can't help but feel that as an audience, we are collectively moving in a more progressive direction where male/female duos and animal characters gain popularity over all of the curtsying. One of the best character dining moments we ever had was with Stitch in Disneyland's PCH Grill. At the time, my children were young and didn't know the character, but the mischievous interaction, more than just a pose and a smile, was something that my two still remember to this day.

While princesses make for good photos, some of the more diverse characters allow for our imaginations to run wild, to be lost in the moment and create those unbreakable memories that last a lifetime. Sure, my kids have had a hundred princess photos over the years, but that time when Stitch stole my son's pancake and had my little boy in fits of laughter was more than a flat image of a time gone by. It's an active memory that brings all of our faces to a smile when recalled.

I know that character breakfasts, in general, are on the back burner for the moment, which is part of the reason why I think this is the perfect time to dissect what we love about them and what is missing.

What would your ideal character dining experience involve? Where would you dine? Who would be there? And, what time of day do you prefer: breakfast, lunch, or dinner? Do you think that Disney currently caters to all with the current Character Dining options available, or would you like to see a more expansive set of options?

Let me know what you think.