The Overrated Disney Dessert that Disappoints Every Time 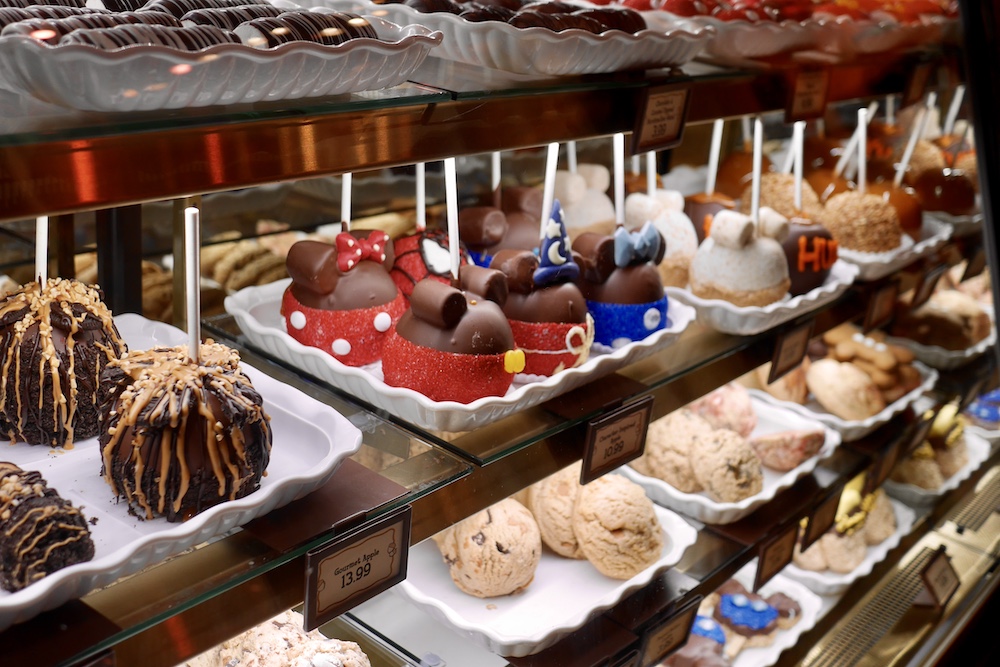 Disney parks are known for their food, with contributions from some of their most beloved restaurants ranking among the best meals many of us have enjoyed. In countless instances, Disney’s attention to detail is second to none, leaving the traditional ‘theme park food’ in the dust. Desserts, in particular, are dressed to the nines with elaborate and intricate decoration that leaves you salivating and, in contrast feeling guilty for disturbing such edible beauty.

Churros, candied apples, and sugary treats galore; almost every shopfront and stall throughout the park has something delicious to offer. Dole whip, cinnamon rolls, and Mickey premium bars, the list of tantalizing temptations is endless. But then you see it; through the shop window, sitting on a tray of gorgeously decorated, delectable Mickey Mouse-inspired treats. It’s a cupcake; its light, fluffy-looking base topped with flawlessly whipped frosting twirled to a peak and delicately placed chocolate ‘ears’ resting on either side. It sits there, shimmering in a dusting of edible glitter, staring at you as though all the magic of Disney is kept within this single handful of sugary goodness.

You aren’t really hungry and don’t really want to stop for food, but this cupcake is calling to you. The Instagram photos alone will be worth the better part of $10 they are charging for it, right? You bite the confectionary bullet and order one to go. The server behind the counter selects a cupcake from the back, freshly slathered with richly colored frosting; excited is an understatement.

So pretty; it takes a good five minutes to take all of the photos you want, including that stunningly in-focus shot with the castle blurred to perfection in the background. You upload it instantly for all of your envious friends back home. The time has come to sink your teeth into that sweetly sensational reminder that you are on vacation; after all, you would never order something so decadent at home.

It’s a good thing you decided against that Facebook Live post. The expression of joy on your face proves fleeting, morphing into disappointment as a tasteless mouthful of airy stickiness moves around your mouth. Unfortunately, the icing that you thought would be sweet and delicious tastes more like a small cloud, confusingly fluffy and bland, like a marshmallow that forgot to be sweetened.

Perhaps you can salvage the cake portion by scraping off this tasteless excuse for frosting. Now officially old in mindset, you spare a thought for your inner child who was once only interested in the icing on top, leaving the cake portion for the birds. Now, disposing of the stickiness with a nearby napkin, you are desperately hoping that the butter cake below will possess some redeeming quality. Sadly, it tastes like it’s sugar, gluten, and dairy-free, despite being none of those things.

Food coloring stains your fingers, a reminder for the rest of the day of this travesty.

If you have made it through this story so far, I am sure you know where the tale ends. No matter how many times I have been caught in this Disney trap, disappointment always ensues. How can it look so pretty and taste so terrible? I know that some people swear by Disney cupcakes, but to me, it seems that Disney can do just about anything other than creating a cupcake that tastes anywhere near as good as it looks.

Make me feel better below by sharing which Disney treat isn’t just up to scratch in your book, and just for kicks, let’s add those that never disappoint as well. For me, you can’t go wrong with the Mickey Mouse ice cream sandwich. Though I wish it were half the size, it’s delicious every time.