Disney Files Patents for Tech to be Used at Star Wars: Galactic Starcruiser 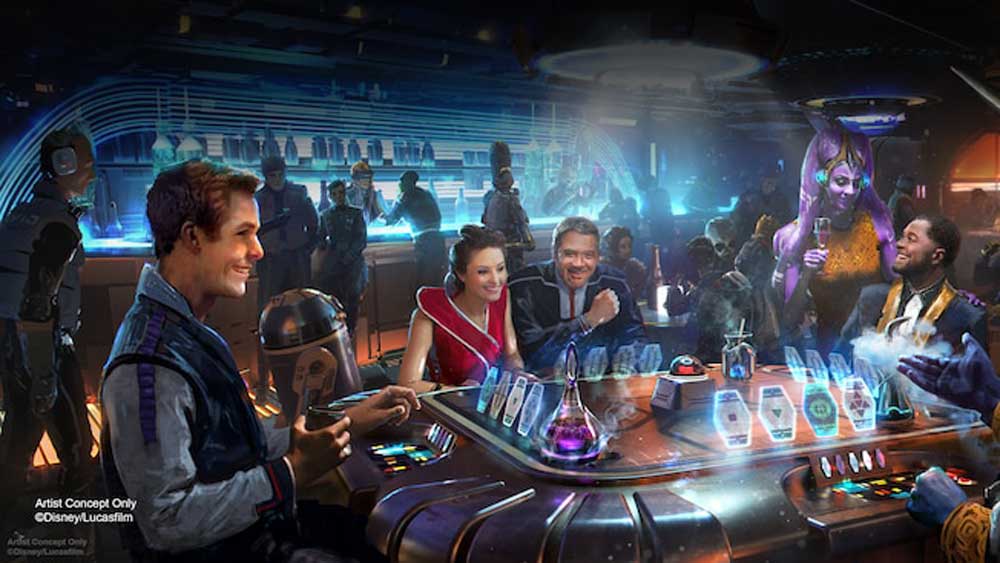 According to the Orlando Business Journal, three patents recently filed by Disney offer insight into the technology that will be used for Star Wars: Galactic Starcruiser.

The first of the three patents filed by Disney is for “image generation using a spinning display and blur screen.” This technology will allow a guests to interact with a floating or hovering hologram. According to the filing, “As a result of the image generation performed by spinning of display and blur screen, image may appear to be floating in space.”

The second patent covers a “large-scale infinity optics window for use in small facility packaging applications.” As we’ve seen in details that have been released previously regarding the upcoming Star Wars-themed resort, each room will feature a “window” that offers guests a view into space. According to the filing, the infinity optics window is “a display system that provides a window or portal that can be mounted within a wall of a facility (or in a small packaging application with only a small amount of depth available) but yet provide an infinity effect for content displayed to a plurality of viewers in a room including the wall over a wide field of view.”

The final patent is for a “themed aerial vehicle entertainment platform for providing dynamically-coordinated show.” Could this be for something akin to the X-wing that flew over the opening week media event for Star Wars: Galaxy’s Edge? The filing is for “a new system or platform (and related operational method) adapted for providing a dynamically-coordinated show (e.g., coordinated between airborne and ground devices) to entertain guests of a facility such as a theme park, an outdoor sporting stadium, a cruise ship and so on.”

If you haven’t already done so, be sure to click here to check out Jackie’s article that features aerial construction photos of the Galactic Starcruiser. The resort is currently slated to open in 2021.

Is a stay at Star Wars: Galactic Starcruiser on your Walt Disney World must-do list?