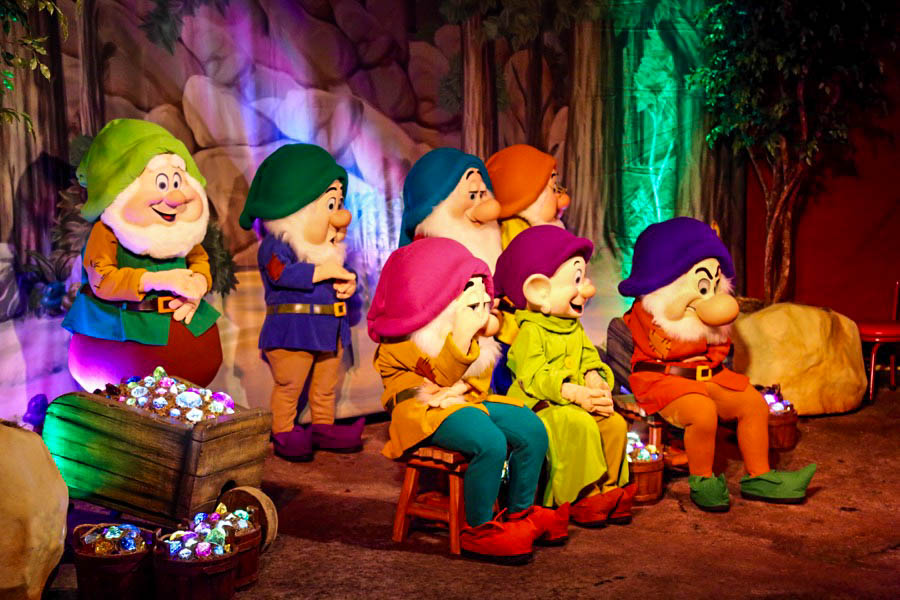 Welcome to the August 2018 edition of Disney Rumor Round Up — you can check out the July 2018 installment here. Halloween has begun in the Disney Parks but that doesn’t mean the rumors stop. Disclaimer: any rumors mentioned in this article are not confirmed by Disney and may not ever happen.

No news is good news sometimes. Disney announced the closure dates for both Tomorrowland Speedway and the Walt Disney World Railroad due to impending Tron coaster construction. The most surprising news out of that announcement was that the Tomorrowland Speedway would stay as is, with no theme change. It will be closed for track adjustments in 2019. One would hope the cars and overall experience get a clean up and refurbishment while it is down.

WDWNT is reporting the Wreck-It-Ralph attraction long rumored to replace Stitch’s Great Escape is back on. They also say it is still in development and is likely not virtual-reality-based like the original rumor long ago. WDWMagic sources say Wreck-It-Ralph is not coming to this space. Hopefully Disney does do something with this now retired attraction. The new version of Illuminations is still moving forward. Prep work for the lagoon refurbishment has begun. The new show is set to debut before some of the other new aspects of Epcot to help bring crowds back to this park, as Epcot has hit a lull in attendance.

The Land and Seas pavilions are both still expected to receive updates or refreshes in 2021, according to WDWMagic sources. What exactly these refreshes entail is yet to be said, but these pavilions have been put off for a long time in terms of changes (other than Soarin’). It is expected the Land updates would involve the Living with the Land attraction.

Lastly for Epcot, the Future World or “Spine” overhaul — which would rework the entryway all the way through Innoventions — is still said to be happening, but they are taking their time and work wouldn’t be completed until 2023-ish based on current plans, according to WDWMagic sources. And with that, the rumored hotel near the entrance of Epcot has been put on hold as money is being allocated to other projects that Disney considers more important at the moment. Disney is looking at what to due with Animation Courtyard after Star Wars: Galaxy’s Edge opens in 2019. According to those same WDWMagic sources, The Voyage of the Little Mermaid Theater and Star Wars Launch Bay would be the first things to change. Launch Bay wouldn’t necessarily be needed after Galaxy’s Edge opens and the Voyage of the Little Mermaid is quite dated at this point and many would welcome a new show or update. Pandora expansion plans are still being looked at for the future, as the land has been a big hit for the company. A possible new attraction and dining area would be part of this expansion if it does happen. Time magazine recently named the new land a top place to be at in 2018. Flight of Passage still has long waits day after day.

Also in Pandora, the Lumpia has been removed from the menu; however, you can still order it fresh upon request according to reports. The Pongu Pongu menu has changed quite a bit since Pandora opened just over a year ago. On the Unofficial Disney Dish Podcast with Jim Hill and Len Testa, they discussed that Bongos at Disney Springs has quietly received new ownership and that the dining venue will soon be reworked as a new concept altogether, moving away from the Cuban theme. Disney Springs has been a massive success in terms of new quality dining. Bongos gets rather mediocre or below average reviews from many people so a change could help this location quite a bit, especially when the new Cirque du Soleil show debuts.

Artist Point at The Wilderness Lodge is a huge topic of discussion in the Disney fan community right now. Currently no reservations past November are being accepted. Rumors are swirling that a character meal is coming to the resort. According to Len Testa, it will be a character meal with Snow White and the Seven Dwarfs. Its not clear which dwarfs though, as having all seven wouldn’t be feasible for a character meal. Other rumors suggest the dining experience would be Snow White, Dopey, and the Evil Queen, but the character aspect would only be for breakfast and dinner would remain a signature dining experience.