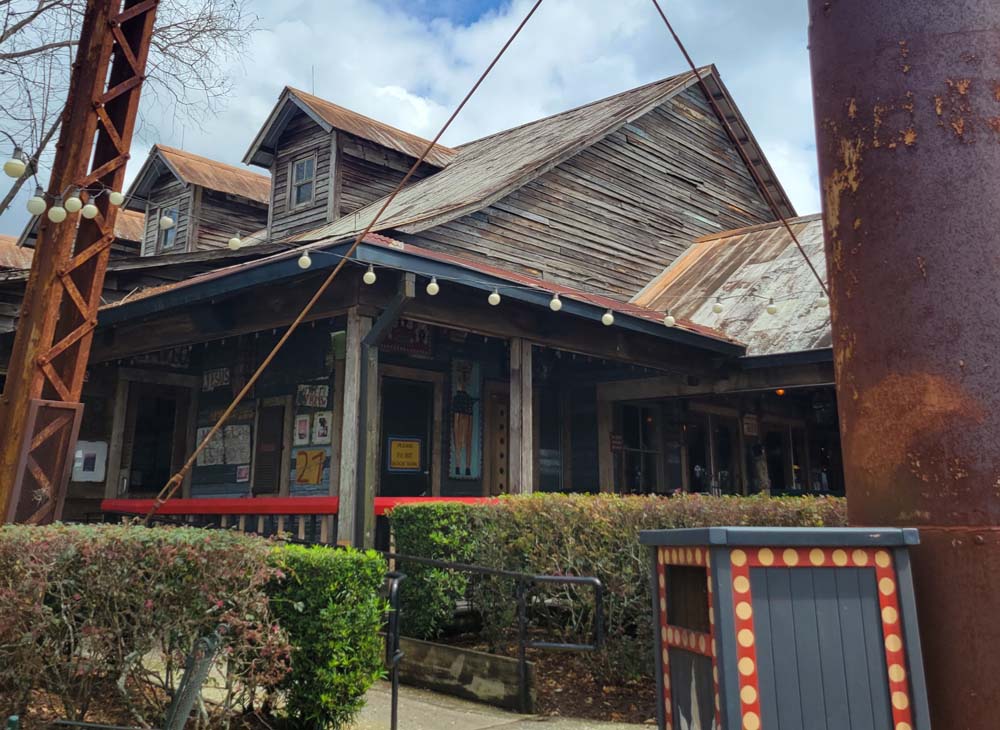 I’ve wanted to eat at House of Blues at Disney Springs Westside for a long time. A very long time. Since Disney Quest was open. The style of the building was intriguing: this place has character. The art that covers every inch of the building was unique. To me, it was a place of mystery and intrigue. To my friends and family, it was a place with nothing on the menu that looked remotely appetizing. Naturally, I’d have to tackle this one on my own.

Many years later, I finally did! I booked a reservation, which can be done through the My Disney Experience app or OpenTable. I arrived 30 minutes early because I overestimated how long it would take to find a parking spot in the Orange parking garage and go through the security screening. To pass the time, I sat outside people-watching, talking to strangers, and giving unsolicited Disney vacation planning tips and advice…as one does.

When it was closer to my reservation time, I walked inside to the host stand to check-in. I was welcomed and seated at a table near the restaurant’s center. The staff was attentive and eager to make menu recommendations once they learned I was a first-timer. The menu (I was handed an actual menu) was brimming with specialties, familiar foods, and interesting combinations. The only problem I had was this: what to order? Everything sounded fantastic! Gumbo, jambalaya, wings, jalapeno cornbread, this thing called Voodoo shrimp. It all sounded amazing, and I wished for more adventurous eaters in my inner circle so I could bring them along to sample what they were having.

I was torn between the gumbo and the Voodoo Shrimp as an appetizer. Gumbo to compare with what I’ve had in Louisiana, Voodoo Shrimp, because it sounds unique and exclusive to this restaurant. I asked my server, and he suggested the Voodoo Shrimp. Granted, it was a little pricey at $17, so naturally, I was hesitant since the other appetizer I was considering was half that price. Surely it must be worth it, right?

Voodoo Shrimp is a little hard to describe, but I’ll do my best. It’s like a stew, but it’s not. It’s like a spicy shrimp appetizer, but it’s not. It does indeed have spicy shrimp. It does have some liquid to it (also spicy), which can be soaked up by the cornbread. It’s a spoon and fork dish. It was spicy and it was delicious; I loved it, but I wish it weren’t so expensive.

For the main course, I could have tried shrimp and grits. I could have tried the jambalaya. It’s been a mission of mine to try shrimp and grits at Disney any time I see it on a menu. I also wanted to try the jambalaya to compare it with what I’ve had in Louisiana. This is hard! Should I go with a familiar dish or try something unique to the restaurant?

I went with the “unique to this restaurant” option: the Cajun Chicken Pasta ($22). Bowtie pasta with blackened chicken and andouille sausage, a spicy sauce, with some vegetables. Absolutely delicious and something I would order again after I try those other two dishes first. It’s a solid go-to dish if you’re not in the mood for the other main dishes on the menu. It had some spice, but not as obvious as the Voodoo Shrimp.

I was in the mood for bread with my lunch, as if I wasn’t eating enough carbs already, so I also ordered the jalapeno cornbread ($10) from the appetizer menu. They could have easily cut a few squares from a large sheet pan of cornbread and called it a day, but instead, they bake a small cast iron skillet of cornbread for you and bring it out with this phenomenal bourbon butter. The cornbread itself was very good and wasn’t dry, but the real star of the show was that bourbon butter. I couldn’t get enough of that butter! Do they sell this butter in the gift shop? This is an appetizer that is shareable at your table. It’s a lot for one person, plenty for two, and it would be a nice amount for 3-4. For me, the jalapeno wasn’t very strong, but I’m a fan of spicy food, so perhaps it didn’t register.

By this time, I was too full for dessert, which was a shame because I wanted to try their signature bread pudding. Alas, I’ll have to save that for another trip. I would also like to try their gumbo and jambalaya.

House of Blues at Disney Springs also has a concert venue. I was dining during the day, so I’m not sure how loud it gets during the concerts. Reliant K was performing that night based on the sheet of paper behind the host stand that I casually noticed while waiting to be seated.

They also have a gift shop with various shirts, souvenirs, and miscellaneous items. They sell the cornbread mix in the gift shop, both regular and jalapeno.

The décor inside House of Blues is also a feast for the eyes. In the center of the main dining room, along the ceiling, are relief busts of famous blues musicians and artists who have made blues albums. I saw names like Eric Clapton, Jake & Elwood (of course), and Mick Jagger. The picture below is just a fraction of the ceiling. It’s quite impressive in person!

Then, right before I left, I’m not sure how many people knew about this: I also spotted a hidden Mickey from my table. It was close to the floor near a booth, but it was in all its hidden glory!

House of Blues! It’s southern. It’s spicy. It’s well decorated. Dan Aykroyd (Elwood from The Blues Brothers movie) is one of the founders. And it was worth the wait after all these years.

House of Blues is located at Disney Springs West Side. They are open for lunch and dinner and also serve brunch on weekends. Annual Passholders are eligible for a 10% discount. 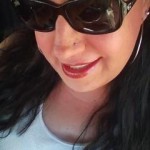