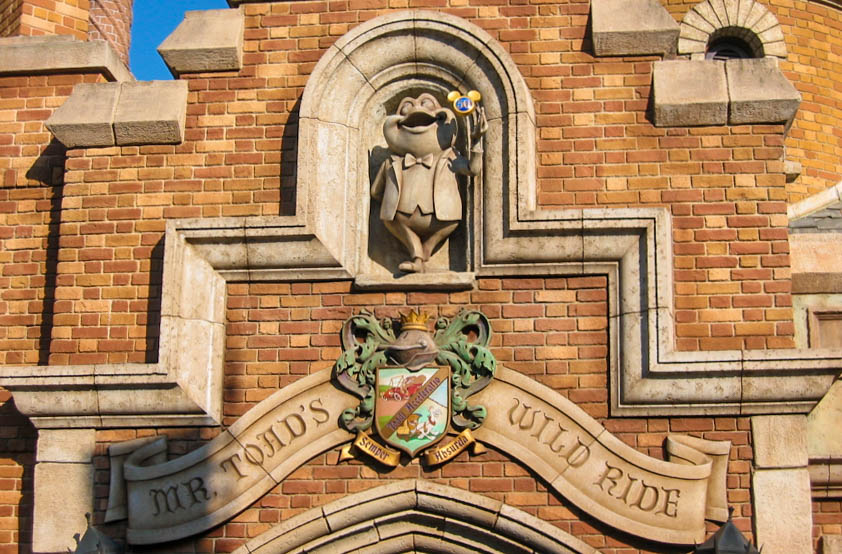 J. Thaddeus Toad, more commonly known as Mr. Toad, has been a beloved protagonist for readers around the world for over a century — and for fans of Disney since at least 1949. Mr. Toad originated with The Wind in the Willows written by Kenneth Grahame. Inspired by his time on and love of the River Thames, Mr. Grahame created the stories of highly anthropomorphic animals in a series of interrelated short stories which have been adapted dozens of times over the decades on radio, film, the stage, television, and through sequels.  Disney has, of course, made great use of this story to masterful effect, with a focus on the antics of Mr. Toad.

The Wind in the Willows was first published in 1908 and is a delightful tale of the riparian adventures of four anthropomorphic animals (Misters Toad, Rat, Badger, and Mole). It covers the stories of Mr. Rat and Mr. Mole, as Mr. Mole becomes accustomed to the trials and travails of the wider world on the riverfront, as well as the curious realm of the Wild Wood. With the paternal oversight of Mr. Badger, these four characters find themselves in troublesome situations, and they ultimately converge when it becomes necessary to come to the rescue of Mr. Toad. In Disney’s adaption of this work, the exasperating but well-meaning Mr. Toad tends to be the focus. The Wind in the Willows (one of my personal favorites) is a quick and engrossing read, which can be obtained for as little as a few dollars, and provides readers with a warm-hearted story which can be easily enjoyed by all ages. 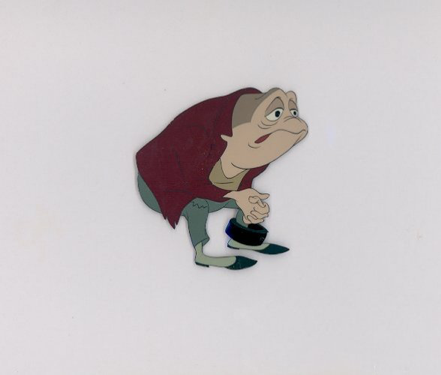 The film version of The Wind the Willows was released in 1949, as the first half of The Adventures of Ichabod and Mr. Toad. This is wonderfully narrated by Basil Rathbone (perhaps best known today for various portrayals of Sherlock Holmes). A viewer of the film witnesses Mr. Toad’s motor-mania, his entanglements with the justice system, and return to prominence in the community. Mr. Toad is obsessed with trends, of seemingly substantial but diminishing means, unconcerned with consequences, but ultimately good-natured and benevolent.

Disney did take some liberty with the text, adapting it to an approximately thirty-minute-long short, packaged with a second feature based on The Legend of Sleepy Hollow. A languid quality which can overtake some sections of the book is not present in the film, and it is quickly paced with a superb rhythm. The package of films was widely praised at the time, as being an example of Disney’s return to excellence after the Second World War.

This book currently presents itself in the Disney Parks via Mr. Toad’s Wild Ride. Located in Disneyland’s Fantasyland, Disney articulates this attraction as, “dark, loud, and scary.”  I have never personally ridden this attraction; however, a search completed on the World Wide Web appears to indicate this is a well-liked attraction. Mr. Toad’s Wild Ride has the noble distinction of being an “opening-day attraction,” opening in conjunction with Disneyland in 1955. The attraction focuses on Mr. Toad’s motor-mania and includes a ride into a rather jocose version of Hell. Of note, this was my one exception to not watching ride-through videos; a trip through the underworld seemed such a puzzling choice. Therefore, I felt it required confirmation of some kind. Walt Disney World’s Magic Kingdom was graced with Mr. Toad’s presence on its opening day, also with Mr. Toad’s Wild Ride, but it closed in 1998 and re-opened as The Many Adventures of Winnie the Pooh.

A scene is depicted at the beginning of the Winnie the Pooh attraction showing Mr. Toad handing the deed to his estate to Owl. Perhaps Mr. Toad was entangled in a new craze, and not even Mr. Badger could provide sufficient relief? A tombstone at the Haunted Mansion appears to suggest that perhaps Mr. Toad’s time at the Magic Kingdom has come to an end.

Mr. Toad is a character which has fascinated readers for over a century and has been an important part of Disney’s menagerie for an appreciable portion of its history. He is an unhinged, addictive, meddlesome pillar of his waterside community, who also reciprocates admirable friendships. This is an individual who means no harm, however seems utterly incapable of helping himself. Mr. Toad is a constant headache to those such as Mr. Badger, however is unfailingly captivating. Hopefully, this character will continue to enchant generations through his attraction, movies, and of course the sublime book which started it all, The Wind in the Willows.