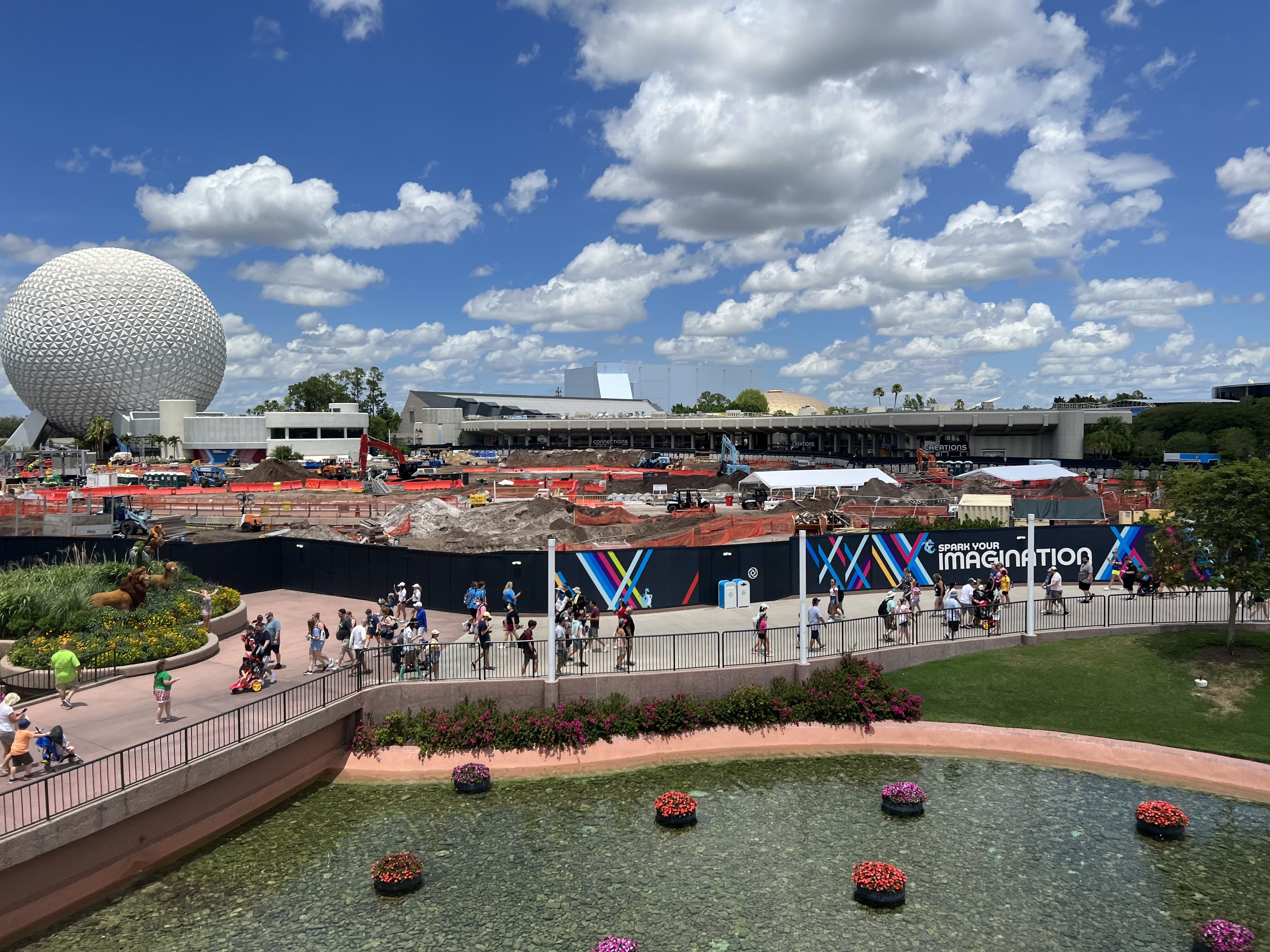 With the recent opening of both Guardians of the Galaxy: Cosmic Rewind and Connections Eatery and Cafe, I thought that it might be a good time for an EPCOT construction update. Let’s take a peek at what the center of the park looks like these days.

If you’ll remember, we were given the grand design for the reimagining of EPCOT at the 2019 D23 Expo. The very center of Future World, now named World Celebration, would become home to a new walk-through, Moana-inspired attraction called Journey of Water, and an open area called Dreamer’s Point. While other things that were originally on the slate of changes coming for the park have fallen away due to the pandemic, these two elements remain.

I was reminded today of how vast the World Celebration area is. And I was reminded that we’ve got a long way to go before you and I are posing next to Walt’s statue at Dreamer’s Point.

There were construction team members at work everywhere. Dreamer’s Point will be located directly behind Spaceship Earth, and you can see in the photo above that grading work has happened in the area, and a mound of sago palms is currently calling the space home.

Grading is also being done at the spot where the breezeway to Future World West used to be located. While Innoventions West is long gone, it seems that a few pieces have yet to be removed.

Journey of Water is being installed on the land that was just in front and to the left of the former Fountain View Starbucks. The attraction will help set the tone for the World Nature area of the park just on the other side.

You can see that plumbing lines have been run for the water-based attraction, and small structures, which I’m thinking will be control rooms for the experience, have been built. The foundational structures for the attraction’s rock work have begun to be put into place.

When the monorail rounded the trees and gave me the full view of the space, I gasped. I couldn’t believe the size and scope of the work being done. I’ve been so used to focusing on the in-park experience that I think that I thought things were a bit further along than they actually are. That being said, I’m looking forward to the end result. And I’ll be taking a peek more often than I have been. I’ll be sure to share what I find with you!