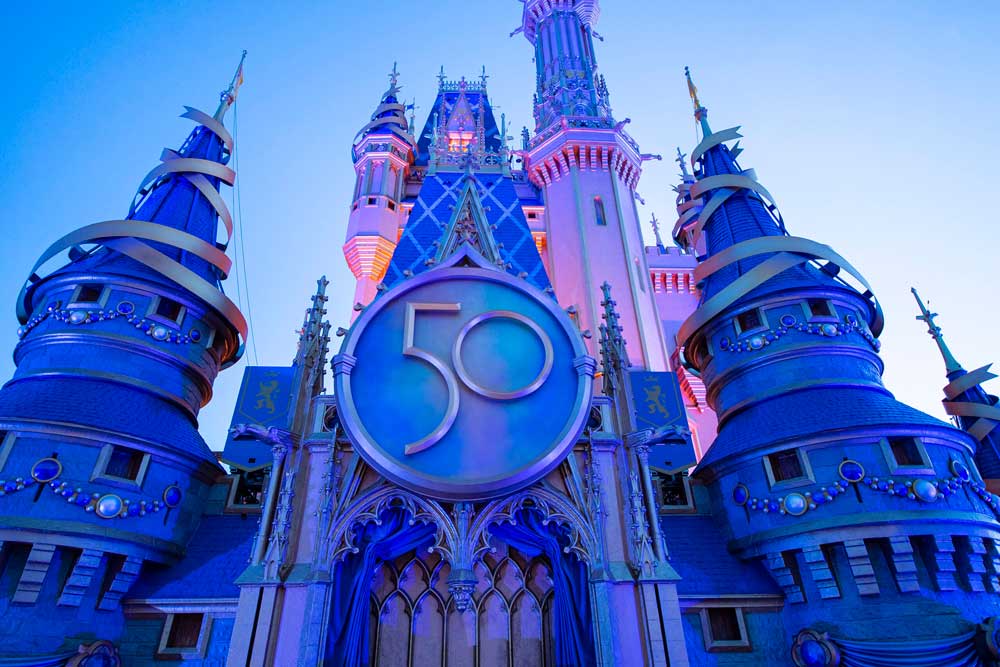 The Walt Disney World Resort opened on October 1, 1971, to guests who were eager to see how Walt Disney’s imagination had pixie-dusted the trackless flatlands of Central Florida into a Magic Kingdom. Ten thousand guests, their smiles as wide as the October skies, streamed into Walt’s fairytale park on that historic day, ready to be transported into a world of fun and fantasy, where teacups spin, elephants fly and life’s cares melt away at the gates.

“May Walt Disney World bring joy and inspiration and new knowledge to all who come to this happy place … a Magic Kingdom where the young at heart of all ages can laugh and play and learn together.” – Official Dedication, Oct. 25, 1971

These words were spoken by Walt’s brother, Roy O. Disney, at the official grand opening of Walt Disney World. Mickey Mouse, sporting the world’s largest bass drum at the time, led 5,000 marchers in a festive parade through the five lands of Magic Kingdom Park. Guests were also treated to a high-stepping marching band 1,076 performers strong.

Walt did not live to see that day, but after years of planning and construction (and Roy postponing retirement to help see it through), his much-anticipated “Florida Project” was open and ready to welcome the world. From one theme park, two resort hotels and two golf courses, Walt’s dream today is a world unto itself including four theme parks, two water parks, more than two dozen resort hotels, Disney Vacation Club properties, Disney’s Fort Wilderness Resort & Campground, 63 holes of championship golf, ESPN Wide World of Sports Complex, Disney’s BoardWalk entertainment enclave and Disney Springs, a waterfront entertainment, dining, and shopping district.

And now 50 years and millions of memories later, Walt Disney World Resort is on the brink of an exciting new era of family entertainment as it kicks off the next 50 years. All of it inspired by the ultimate dreamer, Walt Disney.

Let’s look back at a few of the very first milestones in the 50-year history of The Most Magical Place on Earth:

October 27 – Walt Disney records a film outlining plans for the Florida Project – including details for Disney World and the Experimental Prototype Community of Tomorrow (EPCOT).

Check back tomorrow as we walk through the 1970s!