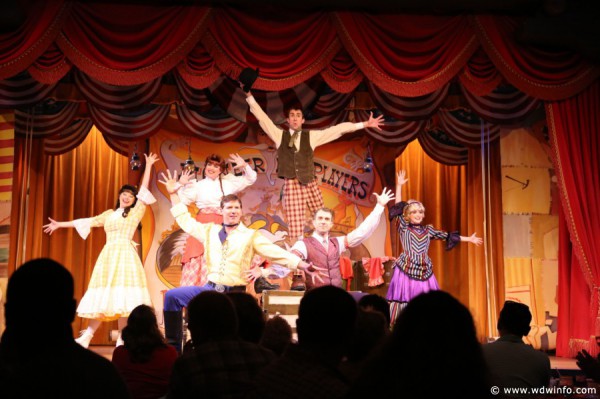 Yesterday, we took a look at several Disney milestones from the 1960s, including the announcement of official plans to begin constructing Walt Disney World.

Today, let’s take a walk through the 1970s, where many of our favorites that still exist today were born.

January 16 – The Walt Disney World Preview Center opens in Lake Buena Vista, becoming the first location to welcome guests onto Walt Disney World property. It features scale models and artist renderings for many of the diverse experiences being created for the “Vacation Kingdom of the World.”

October 1 – Walt Disney World officially opens to the public. Phase one includes Magic Kingdom Park, Disney’s Contemporary Resort, and Disney’s Polynesian Village Resort. The resort is a showplace of innovation, featuring a transportation system of monorails, watercraft, trams and motor coaches, as well as a centralized computer network and other groundbreaking systems supporting the many guest offerings and attractions.

October 25 – The Electrical Water Pageant debuts, bringing twinkling lights and a colorful synthesizer soundtrack to become a guest favorite along the waters of Seven Seas Lagoon and Bay Lake.

December 15 – Walt Disney World Resort expands with a new hotel, now known as Shades of Green, and a new attraction, Pirates of the Caribbean, in Adventureland.

June 30 – The Hoop-Dee-Doo Musical Revue premieres at Disney’s Fort Wilderness Resort.  Today, it is one of the longest-running dinner shows in American history.

January 15 – Tomorrowland expands with Space Mountain and GE Carousel of Progress opens, further enhancing Tomorrowland with the latter currently holding the record for longest-running stage show in the history of American theater.

March 22 – Lake Buena Vista Shopping Village opens with 28 shops and four restaurants.  It will evolve over the decades and become The Marketplace at Disney Springs.

June 7 – Walt Disney World Resort honors America’s bicentennial with America On Parade. With 50 floats and more than 200 performers paying tribute to America’s history, people and traditions, it stands as the largest daily parade ever staged in a Disney park.

June 11 – The Magic Kingdom is aglow as The Main Street Electrical Parade makes its first Florida appearance, which followed its 1972 debut at Disneyland park in California.

October 1 – After years of planning, construction begins on EPCOT.

Isn’t it fun to see just how long some of our very favorite things have been around for?

Be sure to stay tuned tomorrow as we step through the milestones that took place in the 1980s!