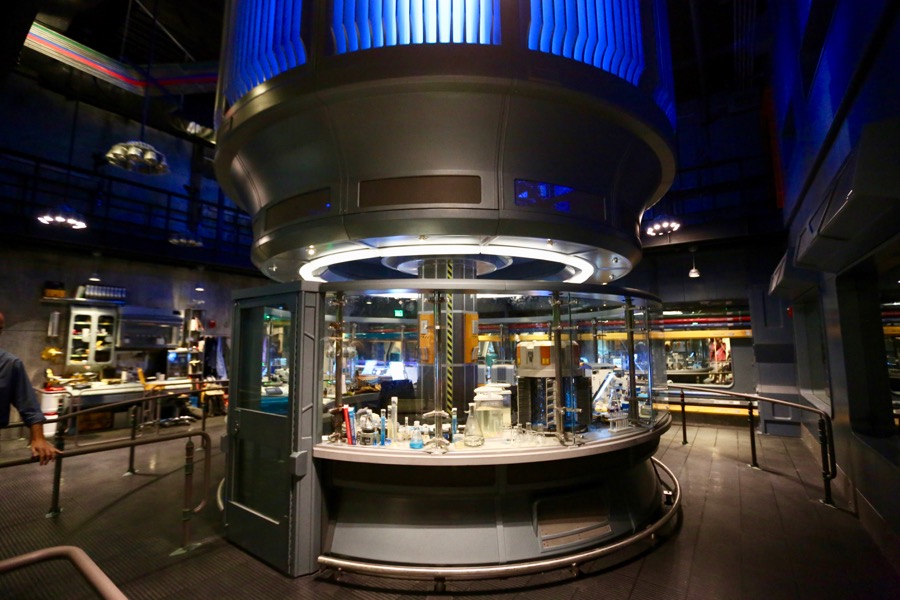 After last week’s article about whether or not to bring back a FastPass system, I received a few emails from readers with fascinating points of view. With attraction lines in mind, one of these people reminded me how elaborate my favorite queueing area actually is. So, in contrast to last week, this time, I wanted to look at a few of the attraction lines that are so full of detail and atmosphere that they set the scene for the ride ahead, becoming part of the experience rather than just a waiting room for the main event.

Here are a few of my favorite attraction queues that are worth the wait.

Ever since its reopening in March of 2011 (yep, that was ten years ago!), the newer style of interactive queue at the Magic Kingdom‘s Haunted Mansion won the hearts of guests. Disney fans love an easter-egg-style treasure hunt, and the more unique tombstones and crypts that honor some of Walt Disney World‘s Imagineers are an excellent way for guests to connect the dots and enjoy the history that now permeates the area.

If you have ever enjoyed the luxury of FastPass+ on this attraction, you might have noticed that your journey bypasses this area altogether. Without even a walk through, you miss some of the charisma this attraction has to offer, setting the scene for the haunting ride ahead.

From the picturesque exterior of the Valley of Mo’ara to the intricately detailed interior of primitive Na’vi caves and military bunkers, Flight of Passage reset the bar for emersion when it comes to waiting in line. Using state-of-the-art technology, Disney has us believing we are wandering through Pandora. That hidden magic simulates everything from falling water in two artificial waterfalls to the LED tubes’ sporadic flickering to reproduce that feeling of underground fluorescent bunker lighting.

If that weren’t enough to impress you, I recently learned that the pre-show actually has an alternate version which is longer to cover for any delays from the attraction. While most of us will never see this, some of you might already have seen it and won’t even realize it.

One of my favorite lines in Walt Disney World, the queue area for Expedition Everest, is not quite as flashy as its fellow Animal Kingdom entry, Flight of Passage, but what it lacks in tech, it makes up in detail.

As the breeze whips through the fictional Himalayan Escapes travel agency, your experience begins. With so much to see and read at every turn, you could easily spend time enjoying these walkways. Temples, museums, and yetis, oh my! The line for this one is unquestionably part of the fun and immerses you in another world, deep within the Himalayas, where adventure is a certainty.

Many of you know that this Tower of Terror makeover unexpectedly became one of my most loved attractions from the moment I entered the Mission Breakout line. When you walk into the Collector’s archive, the line winds around a series of interactive artifacts where the story unfolds for even the newest of Guardians of the Galaxy fans.

Of course, the best part is when you head into the pre-show, and an audio-animatronic version of Rocket takes over from above. Removing the eerie elements from the Tower of Terror and replacing them with funky music, humor, and an exciting atmosphere leaves you feeling upbeat and ready to go before you even step onboard.

I have to say there is a bit of nostalgia in this one, and admittedly, the reason this whole article came about.

It was 1995 when the Indiana Jones Adventure rumbled into Adventureland in Disneyland. Most of the queuing area curves down a corridor inside a temple that has been designed to make guests feel like they are venturing further and further into a mysterious jaunt with Indy himself. In the early days, guests were given decoder cards to help translate the symbols throughout this area, one of which I have buried away somewhere.

One of the reasons I have always found this line to be one of the most captivating is that for much of it, you aren’t able to see further than the people immediately in front or behind you. The twists and turns of this line are mostly met on both sides by solid walls, leaving you unable to see the string of hundreds before you. Another appreciated aspect of this is that the FastPass line doesn’t miss all the action, meeting the regular queue at the temple’s entry point. It simply wouldn’t feel the same if you didn’t make your way through the spike room and pull on Dr. Dunfor Pullit’s rope before boarding.

This list was comprised of a few of my personal favorites. Now that you have had a read-through, see what you think, and then let me know in the comments below what your top five attraction queues are and why.