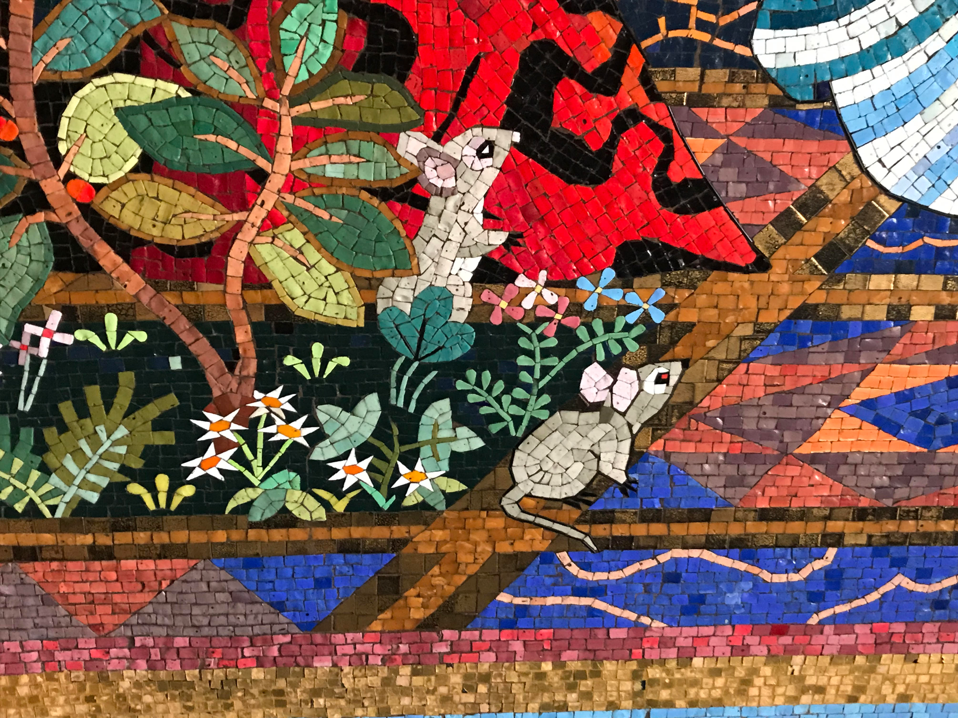 I visited Walt Disney World from August 13th to 23rd, 2020. In an era of social distancing and new restrictions, I wasn’t entirely sure what the experience would be like. What I can tell you is that the parks are as fun and vibrant as they have ever been. However, there are some changes and observations I noticed to keep in mind as you prepare for your next vacation.

Keeping hydrated while at the parks is incredibly important, especially during hot months. Walt Disney World has done a fantastic job at ensuring that free water is readily available. Quick Service locations, like Pinocchio Village Haus, once had large coolers of water where you could either get a cup or refill a larger bottle. These are understandably gone.

Complimentary ice water is still readily available, it just takes a little more planning to find. On my visit, most of the carts selling drinks and popcorn seemed to be closed, as well as many restaurants. Refill stations are still in operation in the queues for both of Pandora’s attractions, Nav’i River Journey and Avatar Flight of Passage, as well as in Galaxy’s Edge, and elsewhere. I would frequently ask cast members where I could find complimentary water, and most seemed very knowledgeable. Water was always easily available for free, it just took maybe a little more walking to locate than normal. Please do not ever hesitate to ask for complimentary water. If you ask, you’ll either get it or be directed to a nearby location.

Enforcement of social distancing (six feet apart from other parties) is very strict. While cast members are respectful and professional, total compliance is expected at all times from all guests. This of course includes queues for all attractions, outside of restaurants, and for merchandise locations. Entrance and exit signs from all buildings in the parks are manned by cast members who carefully count how many guests have entered each location. This is especially true at merchandise locations, and queues can develop.

This predictably occurred at hot spots like The Emporium on Main Street, U.S.A. and The World of Disney at Disney Springs. But queues outside of stores also spring up at less obvious spots, such as Liberty Square’s Memento Mori. Therefore, if a certain shopping location is of importance to you, a specific visit should probably occur as part of your planning.

While attractions varied widely, due to social distancing, it seemed that once most attractions developed waits of about ten to twenty minutes, queues spilled out into the general park outside of the attraction. For Adventureland’s Jungle Cruise, this was not much of a problem as the large area in front of the attraction provides plenty of space for queues to wrap around. But in dense Fantasyland, crowds can begin to build, leading to frustration. For example, the always popular Seven Dwarfs Mine Train begins to wrap around the attraction at about a twenty minute wait, spanning quite a distance. This was never a serious issue, but I would advise one to pack their patience. Where a queue begins may vary widely from where you expect, and it can be frustrating to walk and walk as you see a line build. I never found this be a serious problem, but again, please pack your patience.

Due to limited capacity in restaurants and merchandise locations, simply running for cover when rain begins is not a viable option in an era of social distancing. Now might be a good time to invest in a waterproof bag or really think about your poncho versus umbrella strategy, as cover from a rainstorm might not be readily available. Due to the distancing of queues indicated above, utilizing indoor queues for relief (i.e. Pirates of the Caribbean) may not be a suitable option. By carefully watching the weather, and having a waterproof bag and large umbrella, I never found this to be a serious issue.

With the opening of Rise of the Resistance and Mickey & Minnie’s Runaway Railway, Hollywood Studios has seen a resurgence in popularity. As Disney busses have very limited capacity, tensions at resort bus stops can boil over, and disagreements between guests become quite coarse. Staying at the Polynesian Village Resort (a deluxe resort), I did see this twice. Since most resorts do not have specific lines for busses, crowds congregating and line cutting did ensue on the occasions I was there near the opening of Hollywood Studios. Anecdotally, I had heard of rather un-magical behavior with these busses, and it was unfortunate to witness.

It seems a cast member should really be there with an iPad, keeping track of who arrived when and setting guest expectations. In the meantime, I might recommend either using Lyft or arriving at the bus stop very early in order to be firmly first in line. During my trip, park opening was at 10:00am and I arrived at about 8:30am to brazenly be the first party there. Either strategy should allow you to avoid toxic guest behavior in attempting to reach Hollywood Studios.

On weekdays, the parks were empty. Ten minute waits for Peter Pan’s Flight or Soarin’ being a walk on attraction were common throughout my visit. While weekends were busier, crowds were still low. Having only visited previously between late May and August, I have never seen an empty park.  It is a strange and wonderful phenomenon which I hope ends as soon as possible.

But in the meantime, an empty park allows guests to see details normally very difficult to discern. These include the upper floors of the buildings on Main Street, U.S.A. in Magic Kingdom and the balconies of the World Showcase pavilions, which are normally very difficult to observe in a crowded park. The billboards in Hollywood Studios, beautifully detailed attraction signs, and background music in normally congested areas are all on full display in a deserted park. Without Cinderella Castle being swamped, one can really see the stunning beauty of the mosaic murals as you walk through. Absent throngs of people, the carefully designed and intricate scenes really come to life.

The magic of the Disney parks are alive and well, and with some forethought, you can have a great time. If you have recently visited, what are some observations you made? If you have any questions about visiting the parks, please feel free to leave them in the comments!