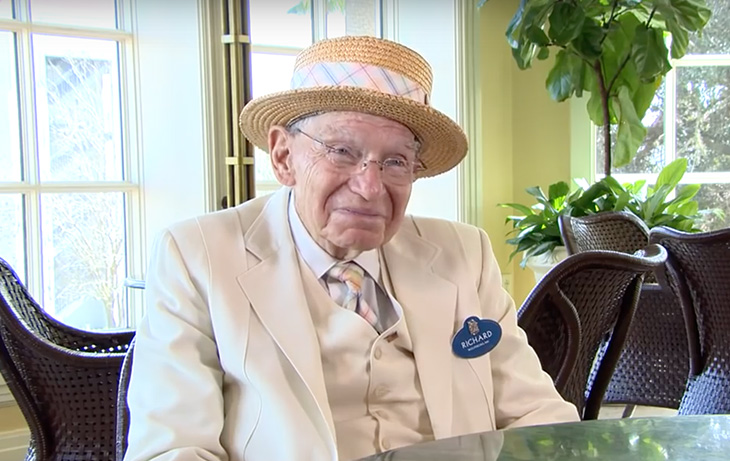 The adored greeter at Disney’s Grand Floridian Resort & Spa, Richard Gerth, has sadly passed away at the age of 92.

Richard Gerth started working at Walt Disney World in 1991, and his smile and happy disposition welcomed in families for generations. Gerth became such a staple of the Grand Floridian that many guests asked to take their picture with him, something that is not often done with frontline cast members. As much as guests loved Richard, he loved his job; during an interview in 2014, he said, “I think just about every day is a good day…To be acknowledged by another person is the greatest feeling that anyone could get out of a job.”