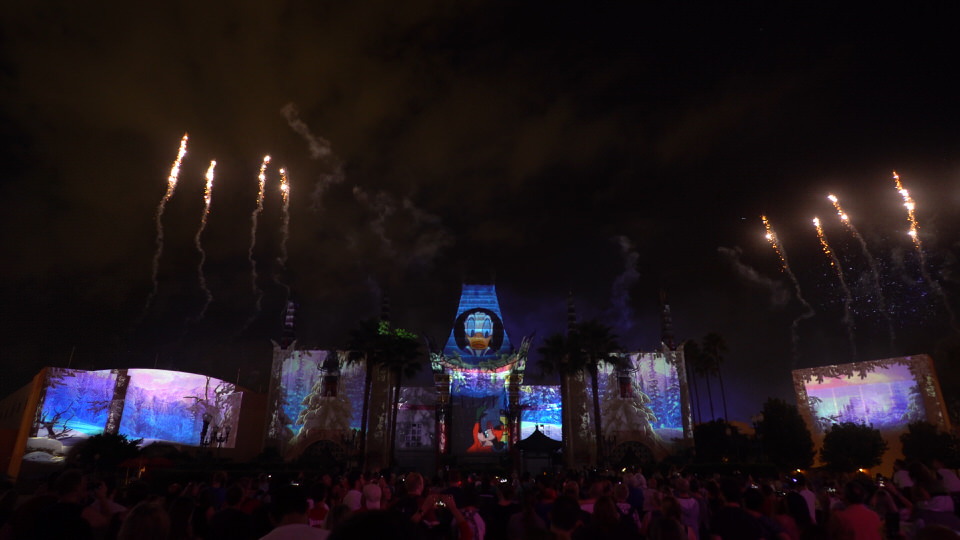 It’s that time of year again that Disney has kicked off their Flurry of Fun at Disney’s Hollywood Studios and the icing on the cake at the end of the day once again is Jingle Bell, Jingle BAM! The nighttime fireworks show debuted back in 2016 and was mildly disappointing, to say the least. Like some of the other shows at Disney’s Hollywood Studios, it felt like Disney was trying to gauge how little pyro they could involve in the nighttime spectacular without leaving crowds upset and Jingle Bell, Jingle BAM! was a low point. It returned in 2017 and felt plussed, but now in 2018 it just feels like it is missing something yet again.

Jingle Bell, Jingle BAM! stars Wayne and Lanny from Prep & Landing as they are on the search for Santa Claus who they later discover was kidnapped by Oogie Boogie. The show is a best-of holiday moments and non-holiday moments with some of my favorite projections Disney has put together. After the main story is set up, a winter segment kicks off the show and basically highlights any moment in a Disney movie or short that has featured snow in some way and is set to “Jingle Bells” and “Let It Snow, Let It Snow, Let It Snow” before moving into a sequence that embraces holiday spirit with classic clips from Disney shorts about Christmas and of course Mickey’s Christmas Carol. 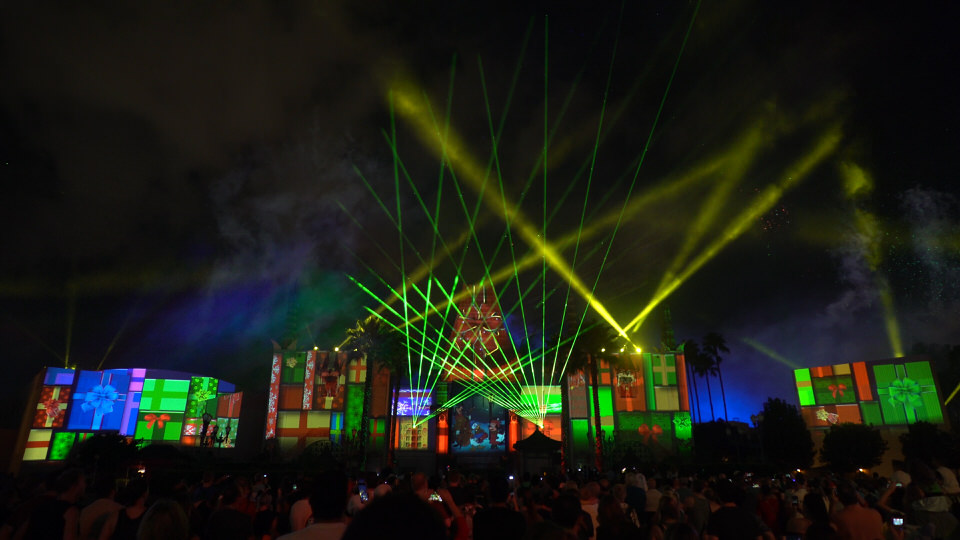 The next time Disney movies are featured, it’s in a strange sequence set to “The Christmas Song” and “Have Yourself a Merry Little Christmas” and just shows characters hugging and kissing as they float in ornaments and later snowflakes. The Nightmare Before Christmas sequence takes us into Halloween Town where Oogie Boogie has Santa Claus captured. Wayne and Lanny successfully rescue him and then end the show with a big rockin’ finale. 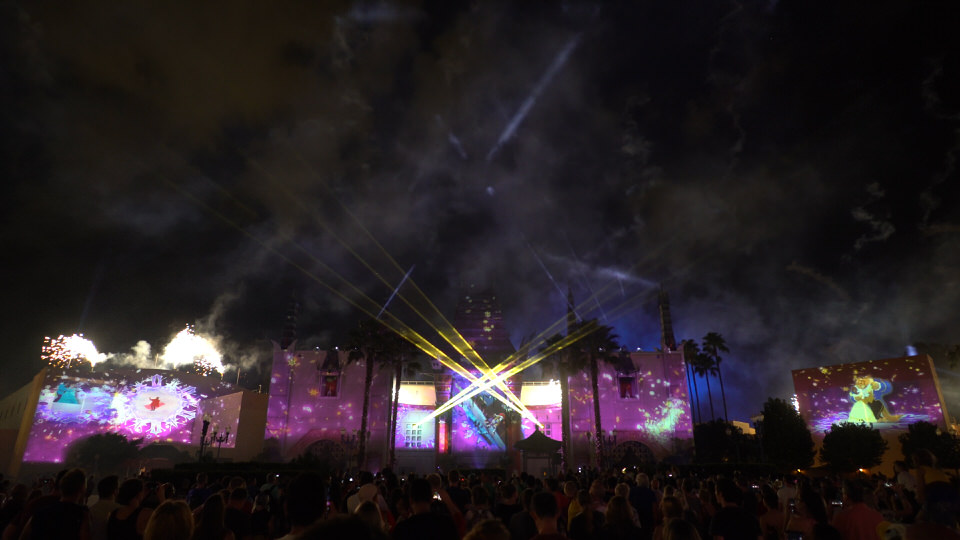 I’m not saying the show is bad by any means. In fact, it’s a guilty pleasure of mine during the holiday season. It’s not perfect in any way, shape or form, but it has a lot of heart. The music cues used during the show evoke a ton of emotion, which is exactly what you’d hope for in a Disney show, but the way they represent Disney Christmas movies is the highlight for me. Add in lasers and snow and you have something close to a spectacle. The show does utilize some real fireworks, but it’s not enough and the amount of low-level pyro and fire they use doesn’t make up for it. If I was visiting Disney’s Hollywood Studios during the holidays, my day would not be complete without seeing Jingle Bell, Jingle BAM! and I recommend you check it out if you’re visiting during the best time of the year!