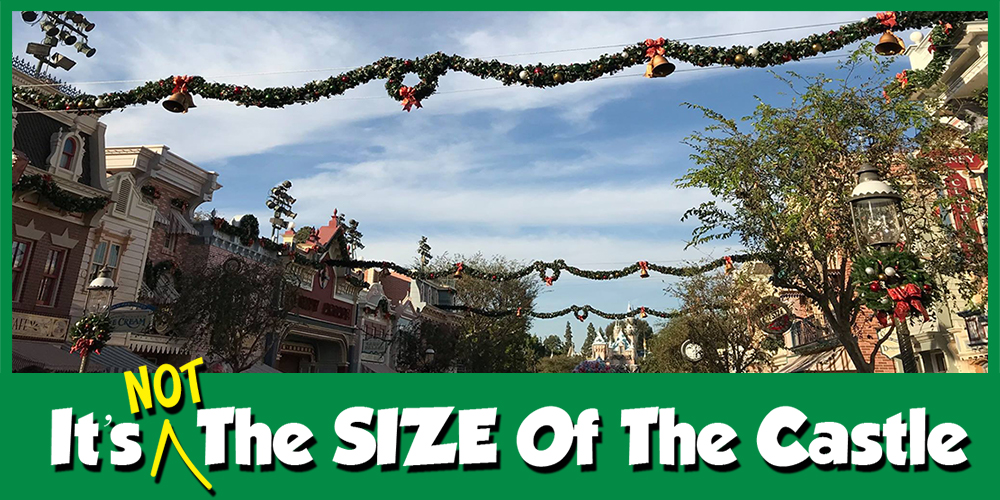 The beautiful fireworks that end with snow on Main Street U.S.A., the fun afternoon parade, the classic decorations, the handmade candy canes, the attraction overlays, and even the new traditions like Festival of Holidays. 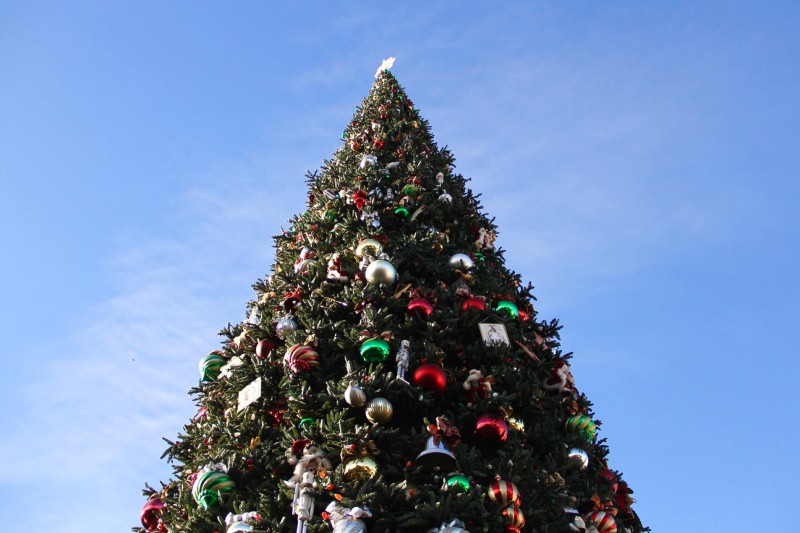 It amuses me when people….you know who you are…want to throw out tradition.

Like clockwork each year I hear someone say, “No, not A Christmas Fantasy Parade AGAIN!”

In my head, of course, I’m thinking, “YES, A Christmas Fantasy Parade again.”

That’s the thing about traditions though. No matter how cheesy and old that parade is, I can’t help but smile when I watch it and go away humming the music. It just makes me happy.

It really isn’t even the parade itself. It’s all of the happy memories that watching the parade brings back…my son’s first Christmas at Disneyland, the year that the whole family came along, the one time that Santa said hello to the kids from his sleigh. All the memories flood back. 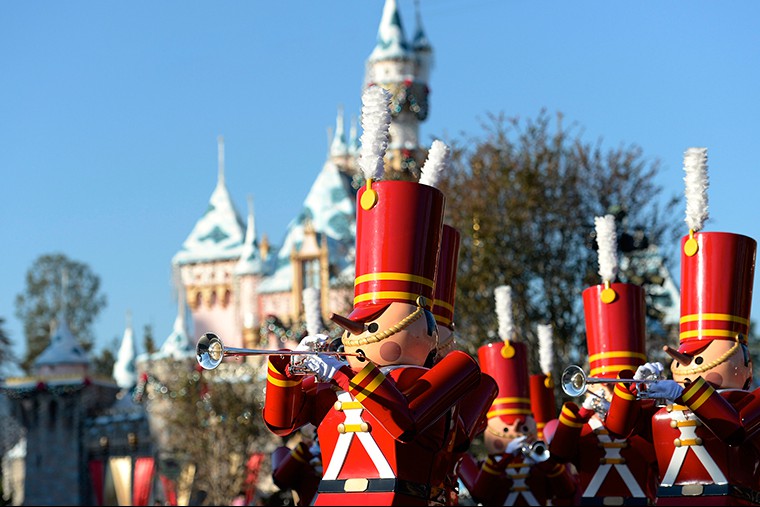 On a side note: I still, don’t understand the popularity of the handmade candy canes. Are they REALLY that good, or is it, again, just the feelings and the memories that they bring back?

I know I’ll get emails about that.

So, how does Disneyland strike a balance between holding on to traditions, yet always having something new for the frequent visitor?

Trying to please everyone is not an easy task, but I think Disneyland Park has done a pretty good job at it…tweaking floats in the parade, adding more projections to Believe…in Holiday Magic, constantly adding “magic” to Haunted Mansion Holiday, and updating the decorations on Main Street. That’s not even including what they’ve been doing the last few years across the esplanade at Disney California Adventure.

If you want to talk about creating new traditions, California Adventure is where all of the magic has been happening recently!

The Cars Land overlays for the holidays are spectacular, right down to the Christmas songs on Mater’s Junkyard Jamboree and Luigi’s Rollickin’ Roadsters. It just keeps getting better every year. 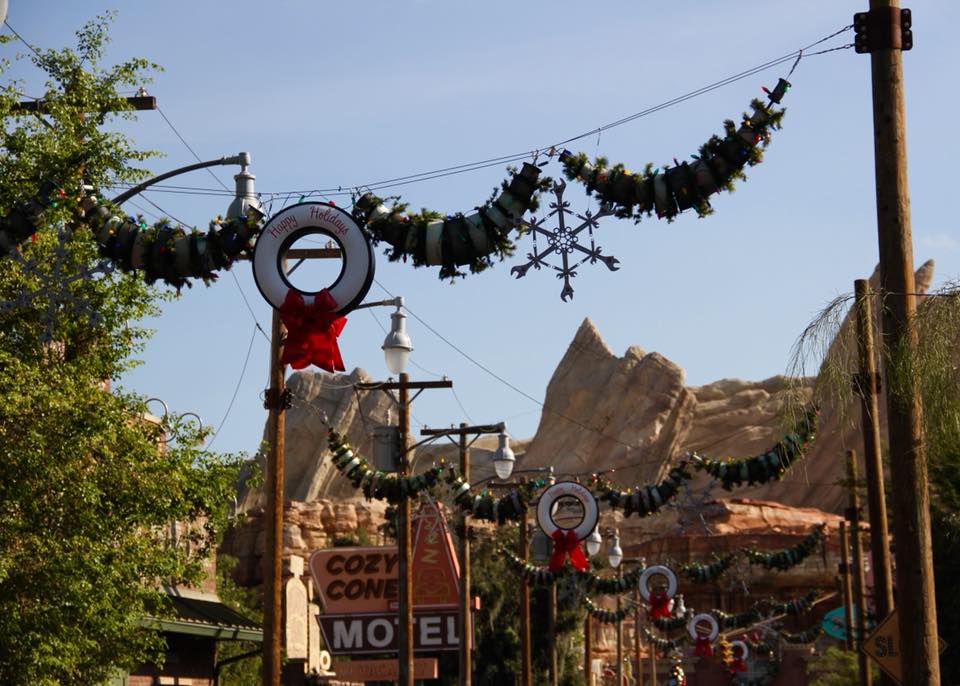 Even though the tree lighting ceremony has been scaled-back a bit, the decorations on Bueva Vista Street scream classic Hollywood.

Though not available this year, the holiday version of World of Color always delights.

As if that’s not excitement at California Adventure, then they throw in Festival of Holidays! I think this is my favorite new tradition, with holiday themed foods from several different cultures and wonderful entertainment options to go along with it. The klezmer band Mostly Kosher always gets me tapping my foot and clapping my hands. Don’t miss them! 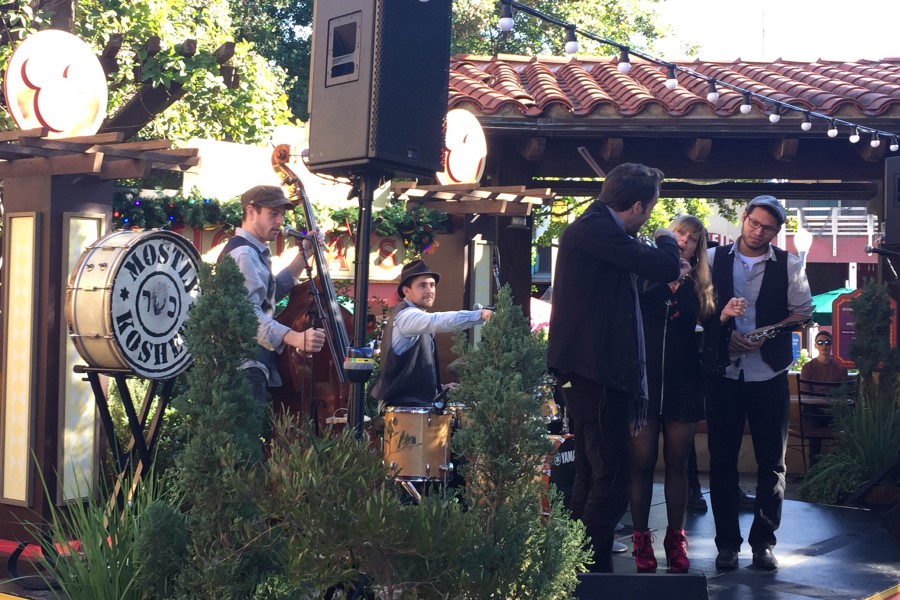 Now, we have lost a few holiday traditions along the way: the characters and crafts at Big Thunder Ranch, the Jingle Cruise, the ice skating rink in Downtown Disney, and the sledding in Hollywood Land. Overall though, most of the holiday traditions are still thriving.

So, where does the Disneyland Resort go from here?

With Star Wars: Galaxy’s Edge opening next summer, a super hero land following right behind, and “adjustments” being made to the west end of Downtown Disney, I doubt we’ll see many major new holiday traditions over the next few years. It just isn’t in the budget.

The Holidays at the Disneyland Resort begin November 9th and continue through January 6th. Get to the Parks soon and enjoy all of your favorite Disney holiday traditions and make some new ones of your own with your family and friends.