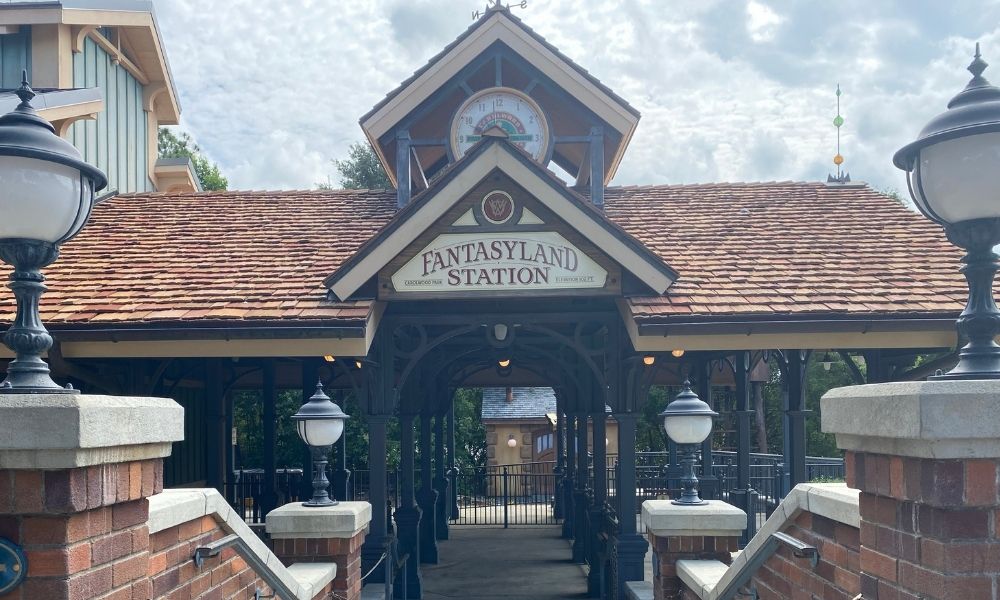 This update is minor, but I think any little victory is worth being acknowledged and celebrated right now. The Walt Disney World Railroad has been closed since December of 2018 to make way for TRON Lightcycle Run construction, which is taking up a good chunk of the railroad. There is no reopening date yet, which is sad because I want nothing more than to ride the train repeatedly while watching the hustle and bustle of Magic Kingdom. There are three different stations to get on and off the train throughout the Magic Kingdom: The Frontierland Station, Fantasyland Station, and the Main Street USA Station. When zooming through Frointerland, the train goes through a tunnel built into Splash Mountain, where you can see the ride’s final scene. Oh, how I miss that part more than ever.

We might not have a reopening date, but we do have some updates on its progress. Over by the Fantasyland station, the tracks had been removed because of Tron. Recently they laid down new tracks at that station leading toward the Tron construction site. These tracks will go through a tunnel to guide the train through TRON Lightcycle Run. The new tracks end next to the Tron poster that can be seen across from The Barnstormer but not any further than that. Next time you are in line for this fun kiddie coaster, look at the railroad because we might see some new changes.

I told you it was a minor update, but hopefully, we will see the train chugging along by the end of 2022. I have so many unforgettable memories of this attraction. For example, when my brother was in his toddler years, he loved all things trains, and we couldn’t just ride the train once. My brother had us doing laps on the Walt Disney World Railroad; we had the ride memorized. My brother’s closest thing to the railroad is watching the trains over at the Germany Pavilion for about 15 minutes to get his fix, he may no longer be a toddler, but he still loves trains. Because of those memories, these minor updates give me hope that soon I will be able to make more.

What are your favorite memories from the Walt Disney World Railroad? Let us know in the comments.