My Child is Outgrowing Disney 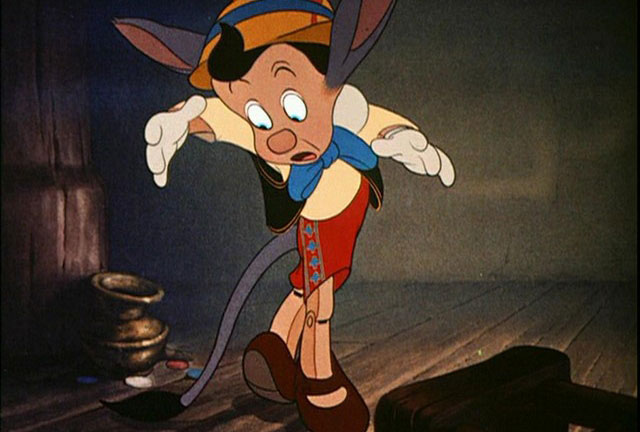 It’s every DISer-with-a-DD/DS/DearGrandbaby’s worst nightmare, “We’re going back to Disney? Can’t we do something else?”….pause for dramatic effect and to allow for unclutching of pearls.

For a little backstory, my wife and I are born and raised New Yorkers who made the move to hot and muggy, yet still beautiful, Orlando back in 2015. We both enjoyed Disney movies as kids but missed out on the magic of Disney World until our 20s. After that first taste of pixie dust and dole whips, annual trips were required to fend off varying degrees of mental anguish.

Once we had our first, and only, little princess in 2006 things really got out of hand. We now had reason to book Bibbidi, Bobbidi, Boutique, pick up some of those adorable PJs the Disney Store carries, dine at Cinderella Castle and wish upon a freakin’ star, and all the other things you would never pay for outside of Disney.

So that’s 4+ years of Disney vacations from NY, 2 years of Annual Passholder trips, and countless movies, shows, and video games revolving around the Mouse and his people…but it still came as a shock when I noticed her enthusiasm waning as she was wrapping up elementary school. The picture on the left is her first Bibbidi trip, on the right, I practically begged to get this picture with Baymax. If you’re going through this too, I’m here to hopefully provide some support and a few lessons learned.

1) It’s actually not the end of the world

It takes a LOT for me to shed tears over most things in life, but I nearly had a nervous breakdown the first time I wanted to hang around for Wishes and my lovely, once-upon-a-time tiny, princess asked “Really? Can we go home and come back another day?” I wasn’t angry, but it was a strange ride home for me that day. After thinking about it, I realized that she’d been at school all week, plus karate class and all of her other activities; she was genuinely tired and Disney was moving down a few notches on the totem pole of things she was interested in. As your kids grow up their tastes and interests will change, so there will be times when a movie night might be preferable to a Disney park trip (gasp!). There is absolutely nothing wrong with this, remember when your parents wanted to watch Golden Girls and all you wanted was a Nintendo controller and some Dr. Pepper… that couldn’t have been just me. Don’t make them feel bad or find ten different ways to tell them they don’t appreciate how good they’ve got it. Even the most delicious buffalo wing you’ve ever had would get a little blasé if you have it every weekend for 4-5 years. Adjust and grow with them as they evolve, Disney can still be your family’s thing, just not the only thing.

2) Disney fatigue is a real thing

Like I said earlier, 6 years of Disney parks (including 2 as APers) is a hell of a lot of Disney by the time you cut your 11th birthday cake. The wife and I both found Disney later in life, so we thought it would be the greatest thing ever to get her into Disney early and just see things through her eyes; we didn’t know we were cultivating burnout in the poor munchkin. This doesn’t even factor in the hours spent looking through old vacation photos and videos and then on YouTube watching The Dis and other Disney related channels to get the latest news and walkthroughs (90% Dis, 10% all others). ‘All Disney all the time’ can wear out a young growing mind. She still loves rides and theme parks and family outings, so on our next trip, we’re planning to….

I never thought the day would come, but we’re actually not renewing our Disney Annual Passes this year, we’re crossing over to Universal 3 park + SeaWorld + Aquatica. Two things will be accomplished with this:

Whether you’re on vacation or local, try to mix it up and get away from Disney for a little bit. Disney Springs doesn’t count as getting away! If Universal isn’t your thing, ask the kids if they’d like to go to Orlando Eye or some of the other International Drive attractions. Also, you can start to…

4) Learn the art of the solo trip

If your kid(s) don’t feel like a Disney trip is in the cards, that’s fine, go without them. I mean this in the most amicable way possible, not in a “FINE, THEN STAY ‘CAUSE WE’RE GOIN WITHOUT YOU” way. If you’re in the mood for some Soarin’ and then running over to MK for a Casey’s foot long (sweet Moses, could there be a better day?), get a sitter for the kids and go for it. If it’s a vacation you’re seeking, see if a best friend’s parent will stay with the kids for a weekend, or maybe grandma and grandpa want an extended stay this summer. If you think about it, how much fun would you have being dragged somewhere you didn’t really want to go and spending hours there walking around looking at things you’ve seen hundreds of times already? I’m the same way at Target with the wife, so the empathy meter is strong. If all else fails…

If none of the above are an option, then find something in Orlando they’d like to do in exchange for accompanying you on a splendiferous Magic Kingdom trip. They’re not infants and are able to make some decisions on their own, have a conversation with them and make it work. “I know you don’t really wanna go to a park but it’s been a while for me. How about you tell me what would make tomorrow awesome for you and we’ll figure something out”. Then it’s up to you to negotiate a decent deal, work your magic (pun intended).

Most Disney theme parks are an absolutely amazing experience, no matter how many times you go. Each trip can be made special in different ways, but it’s tough to do if you try to force the magic to happen. We didn’t grow up with Disney, so I can’t relate to my daughter’s experience of vacationing and then living very close to Steamboat Willie and the boys, but we’re working on adjusting expectations right along with her. Every now and then you can still catch that little glimmer in her eyes that she had on her first trip. They’re only kids once, appreciate and enjoy it while they’re young, and adapt as they grow out of old things and into new things; that’s as cliche a close as I can think of. Thanks for reading.