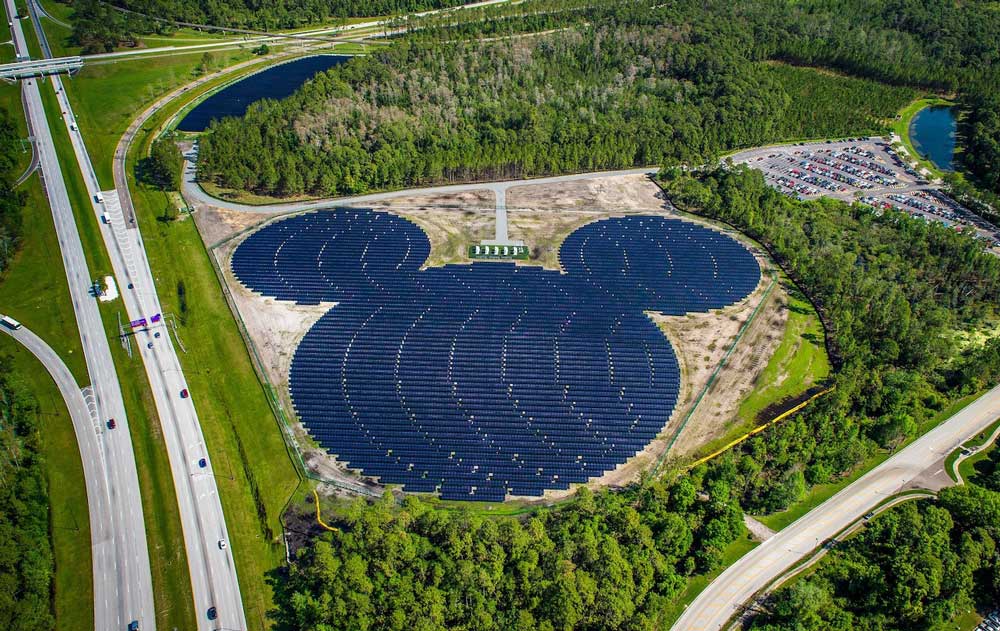 In celebration of Earth Day, Walt Disney World has announced that they are developing two new solar facilities in partnership with Reedy Creek Improvement District (RCID) and local utility partners in Central Florida. Together, the new 75MW solar facilities (when combined) will produce enough renewable energy to power up to 40% of its total annual energy consumption. The new facilities are expected to come online in approximately two years.

Additionally, Disney Cruise Line has shared that its 5-acre solar facility is close to completion at Castaway Cay in The Bahamas. This facility includes 4,320 solar panels and will generate approximately 70% of the island’s power. Greenhouse gas emissions will also be reduced by 3,000 metric tons of carbon dioxide per year. That’s equivalent to removing 652 automobiles from the road annually!

Over in California, 1,400 solar panels sit atop the Radiator Springs Racers attraction to help power the magic at Disneyland.

Disneyland Paris is working on one of the largest solar canopy plants in collaboration with Urbasolar. These solar canopies will use 67,500 solar panels that will sit atop an outdoor guest parking lot.

Hong Kong Disneyland serves as home to the single largest solar panel site in Hong Kong spanning across 20 attractions and buildings with over 5,000 solar panels.

To learn more about how Disney helps protect and celebrate the magic of nature all year round, follow @DrMarkatDisney on Instagram.