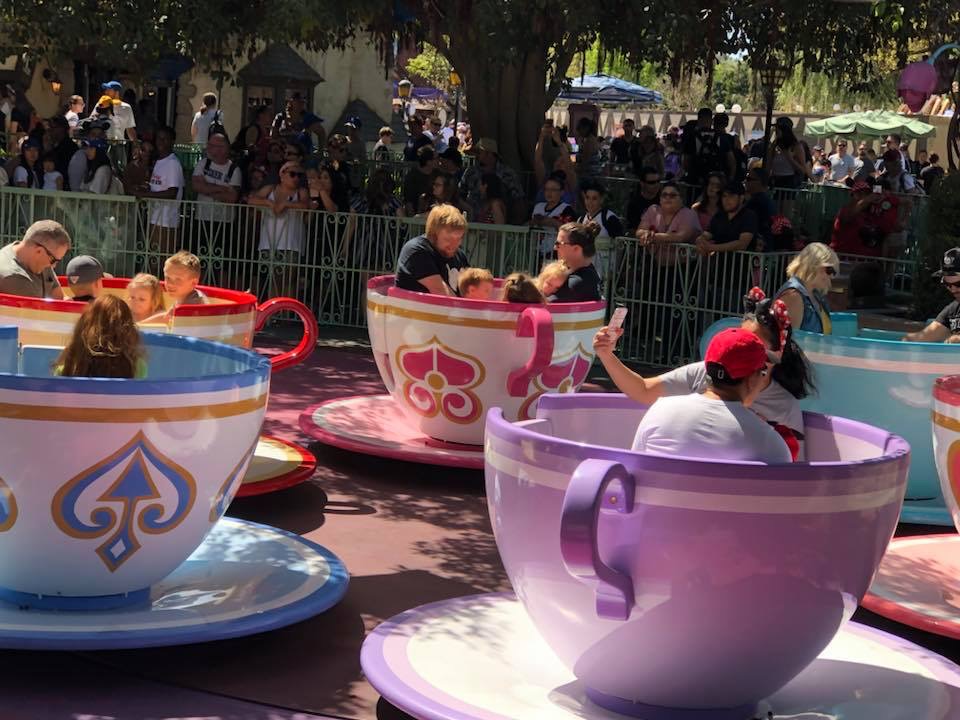 Some of those kids are using tablets, phones, or other devices.

In a recent episode of The DIS’s Off The Rails podcast, the team discussed which rides and attractions need refurbishing. “it’s a small world” was mentioned a couple of times. The ride could use a good scrubbing, and the concept could stand to be updated and modernized. It was suggested that the ride’s children of the world could have tablets. “These kids should have iPads where they’re able to communicate with anyone around the world. It needs to be more like what the world is like today, not what the world was like back in the 1960s…I walk around Walt Disney World and all I see is kids on iPads and phones, so I assume that’s what kids like.”

What I loved most about this conversation was the lack of judgment. Yes! Kids in the Disney parks use devices for all kinds of reasons, and all of those reasons are valid. Sometimes there’s a long wait for a favorite ride. Sometimes it’s been a long day, and the crowds and sounds of the parks have become too much. Sometimes the family pets are missed, and phones or tablets are a treasure trove of pet photos. And sometimes kids use devices to communicate, not just with far-away friends and family, but with the family members who are right there with them, holding their hand in the line for Jungle Cruise.

Two of my three kids are autistic, and one sometimes uses an AAC device to communicate. AAC stands for Augmentative and Alternative Communication. My son’s AAC device is an iPad, and we make sure to take it with us wherever we go, whether that’s to school, to the playground, or to Walt Disney World.

When you have kids, other people are going to make judgments about those kids, and about your parenting. It’s not the most awesome aspect of being a parent, but it is one of the most universal. Sometimes, when you’re in “The Most Magical Place on Earth,” and your child is using his AAC device (or her LeapFrog tablet, or his iPhone, or her Kindle), you’re going to hear “kids these days” comments from other Disney guests.