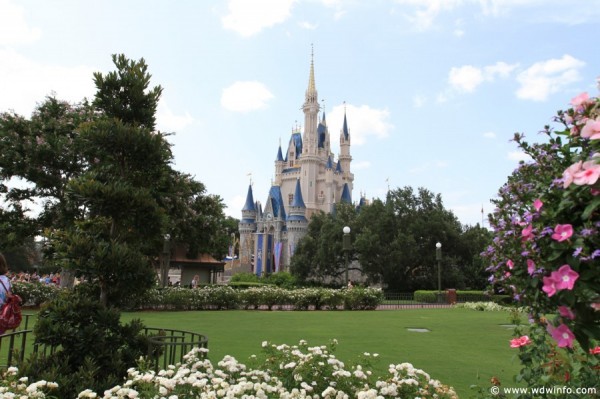 Skip the Parade and the Fireworks You’ve seen the parade and the fireworks hundreds of times. Take this time to get on attractions that typically have longer waits. While the rest of the guests are packed onto Main Street U.S.A. this is your opportunity to ride Space Mountain or The Seven Dwarfs Mine Train. Yes, there will still be lines when the fireworks and parades are going on, but the wait times are usually much lower. With the parks becoming increasingly more crowded it is times like these that annual passholders have to take advantage of the fact they don’t need to do and see all the things that beginners must do. Lunch at one of the Seven Seas Lagoon Resorts You are an expert in the Magic Kingdom, and you know that the 2nd floor of the Columbia Harbor House is a great place to eat within the parks, and you most certainly know about the new delicious options at Pecos Bill's, but you’ve had all the food in the parks a million times, so it is time to mix it up. I suggest you hop on the monorail and head over to one of the three deluxe resorts on the monorail loop. While I am breaking the rules of this list strictly being in the Magic Kingdom I think the jump to one of these resorts is so quick that is should be included. Between Disney's Contemporary Resort, Disney's Grand Floridian Resort & Spa, and Disney's Polynesian Village Resort there are a lot of great places to grab a quick bite, or even table service locations that will be a lot nicer at to eat than in the parks. I highly suggest Captain Cook's at Disney's Polynesian Village Resort, as it is a much better dining experience for a quick service restaurant compared to anything you’ll find in the Magic Kingdom. Try Things You’ve Passed Over Whether you’ve put off watching the Country Bear Jamboree, or walking up into the Swiss Family Treehouse it is time for you as an annual passholder, or Disney expert, to bite the bullet. Some experiences within the Magic Kingdom have been pigeonholed into the category of being a “boring” or “lame” attraction. Don’t listen to that nonsense. While there is a chance you might hate it as much as the naysayers say, there is also a chance it might become your favorite attraction. As much as I am not a fan of the Country Bear Jamboree, I have friends who absolutely love it. For the longest time I put off riding the Peoplemover because I thought it was just a ride for children and old people, and now it is arguably my favorite attraction.
ShareTweetSubscribe