The Nostalgia Transition – From Child to Parent 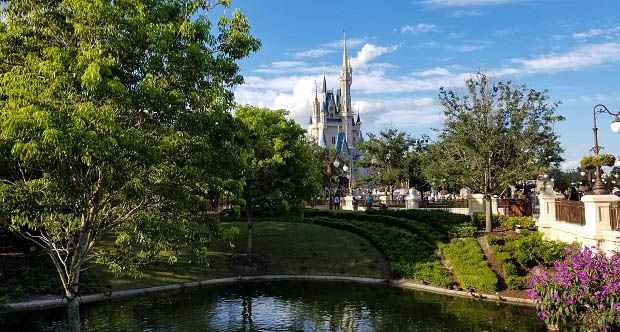 Disney World has been a special place for families for nearly fifty years now and a by-product of its success is nostalgia. Beyond the fun and excitement of the Walt Disney World experience there is an extra layer of comfort that comes with a repeat visit. There’s a reason why you hear the term “Welcome Home” when arriving on property. Whether you come as a young child with your parents or when you’re older, there are two transitions or layers of nostalgia that help make Disney World one of the best places on Earth.

When you’re a kid, Disney is bigger than life. It’s an amazing place full of adventure and magic. That’s something that leaves a lasting impression on you as you grow up. As a kid, I went down on multiple family vacations in the late ’80s and early ’90s before I was a teenager. Those trips left something lingering in my brain that I never realized was there.

See, I never went back to Disney World until I was a parent myself. When I was a kid, Disney was a big part of my daily life from things like the Mickey cartoons my grandmother recorded on VHS for me, to Duck Tales and The Lion King. But as I grew up into my teens and twenties, Disney faded away. There were no more family trips, I cared more about graduating college, getting a job and meeting my wife. My sister got married and bought into DVC, and I thought she was nuts!

You can listen to all the stories from the guys and gals on the DIS Ungplugged and learn that everyone’s experiences are different. One thing is constant, however, Disney World leaves an impression on you that is lasting. For me, there was a decades-long pause in the creation of memories, and for others it never stopped. However, there is definitely one transition point where the nostalgia of yesterday starts a new chapter and becomes richer. That first transition is when you finally become responsible for bringing someone you love to Disney for their first time.

For me, it was several years ago when I finally went back to Disney World for the first time in decades with my DVC member of a sister. At the time, my wife and I had two young kids under the age of three: my two-and-a-half-year-old daughter and my eight-month-old son. I can remember exactly the moment the transition took place. We were leaving Main Street U.S.A. and walking into Adventureland, and my childhood nostalgia hit me like a truck. I told you Disney left something lingering in my brain, and boy that dormant nostalgia was heavy. I began to remember sights and smells that I had not thought about since I was a kid. Memories of my family came flooding back and I don’t think I stopped smiling for the whole week.

At that moment I began to realize that my daughter was about to embark on a adventure that day that would take her from the top of the Swiss Family Treehouse to meeting Anna and Elsa at the end of the day. I was watching the foundation of the memories and future nostalgia being built right in front of my eyes. There is something about being responsible for giving someone that treasure chest of memories. Whether it’s your child, your friend or your significant other, that moment where you are responsible for building memory with someone else is a transition point.

At that point of your life your nostalgia has been fueled by you and your own point of view. While your memories may include friends and family, that nostalgia is almost selfish because it’s all about you. This transition point is made when you have become responsible for creating those memories for someone else. It makes the shared experience of Disney World all the more richer because you helped it grow. After seeing my daughter experience Disney World for the first time with my own eyes, it slowly began replacing the nostalgia of my childhood. In place of that warm and fuzzy feeling I immediately had when I was back in the Magic Kingdom for the first time in decades were now new memories with my wife and kids. When we went back again soon after that first trip, those childhood flashbacks were not nearly as prevalent. Instead, I was getting those warm and fuzzy feelings of remembering my daughter meet Belle for the first time, or walking through the park with my eight-month-old son strapped to the front of my wife.

That is the second transition point. The point when a new generation of memories and traditions begin. When, all those years after, you can look back and pinpoint where it all began. The era of your childhood ended and a new era began with the people you love. For me it was starting new family traditions with my wife and kids. For you it might be the amazing time you had with your wife or husband and how you go back every year during the Food and Wine Festival.

Nostalgia is a wonderful thing, as it lends itself to preserve happiness and love of specific times and places and allows us to relive it from time to time. Being able to transition it from ourselves to others is like taking a small piece of that preserved happiness and giving it to someone we love. Think back to your own transition points and remember the stories that came before them. You’ll find a pattern there of shared experiences that are unique to you and your loved ones.