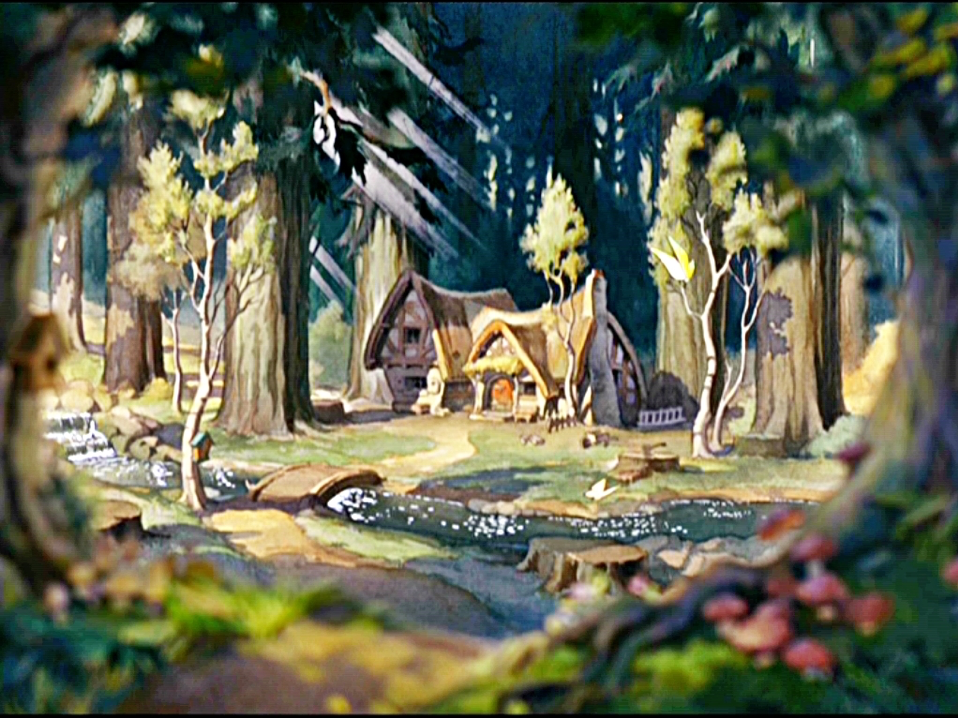 Refurbishments and reimaginings currently abound at Walt Disney World. Let's have a little fun and engage in some amateur Imagineering! Below are three themes with a rich legacy in the world of Disney, which if built, would certainly not result in a generic, uninspired resort.

Jules Verne was a prolific French writer of the mid and late nineteenth century who had a mind to see into the scientific possibilities of the future. Verne did not restrain his imagination in his writings, which audiences voraciously read. Some of his best-known works today include 20,000 Leagues Under the Sea, Journey to the Center of the Earth, and Around the World in Eighty Days.

Verne’s works have permeated the world of Disney via a wide variety of films and in attractions around the world. Two absolute masterpieces of Disney live-action film are 20,000 Leagues Under the Sea (1954) and the somewhat overlooked In Search of the Castaways (1962).

Discoveryland in Disneyland Paris includes several attractions based on Verne’s work. The Mysterious Island land in Tokyo DisneySea is also based on Verne’s work. While I have never personally been to these places, they appear to be visually stunning and everything we expect out of Disney theme park immersion.

Clearly, the work of Jules Verne has a strong place in the world of Disney. A resort themed off of his work could fit many molds. If we think of ourselves as Imagineers, what angle would we want to take? A Victorian, steam punk, and/or oceanographic theme would all be appropriate in one resort. Would the pool area feature a volcano, such as the Polynesian Village Resort? A seafood restaurant with a large undersea tank would be a perfect fit, and perhaps provide some competition to the Coral Reef Restaurant. Perhaps guests looking to spend top dollar could stay in their very own Nautilus? When looking at a body of work which takes one to the center of the earth, the deepest depths of the ocean, and into outer space, the possibilities are seemingly endless.

Many may be surprised to learn that Alice in Wonderland (1951) was a critical disaster and tepid box office performer upon its release. The film has evolved to be one of the most beloved and iconic of classic Disney animation. Based on Lewis Carrol’s Alice's Adventures in Wonderland & Through the Looking-Glass, the film is luminous and adapts many of the nonsensical scenarios and characters from the stories.

Character’s such as the Queen of Hearts, voiced by Verna Felton, and the Cheshire Cat, voiced by Sterling Holloway abound in parks, merchandising, and Disney popular culture references. Many parades, attractions, nighttime shows and more are based on Alice in Wonderland.

When imagining a Wonderland-themed resort, it is easy to visualize a stunning, colorful, and ironic place. Many sub-themes could easily emerge, such as the Mad Hatter’s Tea Party or the home of the White Rabbit.  A whimsical pool area, themed after the Walrus and the Carpenter, perhaps with a poolside oyster bar, could help attract adults or older families, who might be turned off the by theme. Think how beautiful the resort could be at night with lanterns lit up, and well-manicured lawns modeled after the garden of the Queen of Hearts. With a Victorian background, theming could be simplified, to avoid a certain gaudiness or carnival quality which could otherwise emerge.

The Grimm’s Fairy Tales are an incredibly important collection of stories in the world of Disney. These are a collection of stories collected by the brothers Jacob and Wilhelm Grimm, initially released in 1812. Many of these tales, such as Snow White, Briar Rose, Cinderella, and Rapunzel, were adapted by Disney, leading to the creation of some of the most beloved movies and characters produced by Disney.

Movies based on tales in this collection include Snow White and the Seven Dwarfs, Cinderella, Sleeping Beauty, Tangled, and The Princess and the Frog. Of course, the imaginings of the stories are typically quite loose adaptions or simply serve as a template. Also, many authors contributed to the stories, such as Charles Perrault’s tale, which also helped inspire Sleeping Beauty.

The impact of the work of the Brothers Grimm in Disney films and parks is of course quite extensive. We have Sleeping Beauty Castle, Cinderella Castle, and many attractions around the world based on Snow White and Cinderella. There are many character meet and greets, and character meals, such as at Artist Point and Cinderella’s Royal Table.

The world of Disney has achieved massive success adapting the works of the Brothers Grimm. So how could this be imagined into a beloved resort? With the unofficial moratorium on high-rise buildings seemingly at an end, perhaps a castle modeled off of that of the Evil Queen’s castle could draw guests in? Stunning stained glass windows could make for a beautiful lobby.

Or a woodland theme, which might admittedly somewhat step on the Wilderness Lodge’s niche? Cabins and accommodations for families of five or more are always in high demand, and perhaps a stay in a cabin based on that of the Seven Dwarfs or that of the Good Fairies of Sleeping Beauty might delight guests? Many of these stories, which took place in the Black Forest, could even have an autumnal flare, which is seldom seen elsewhere on property.

Walt Disney World is a place which is constantly evolving and growing. While their dance card is quite full at the moment, who knows what is on the horizon? It appears for now that sleek and modern resorts are the wave of the future. However, who knows what Imagineers have in store for future decades. What themes would you like to see in a new Walt Disney World resort?