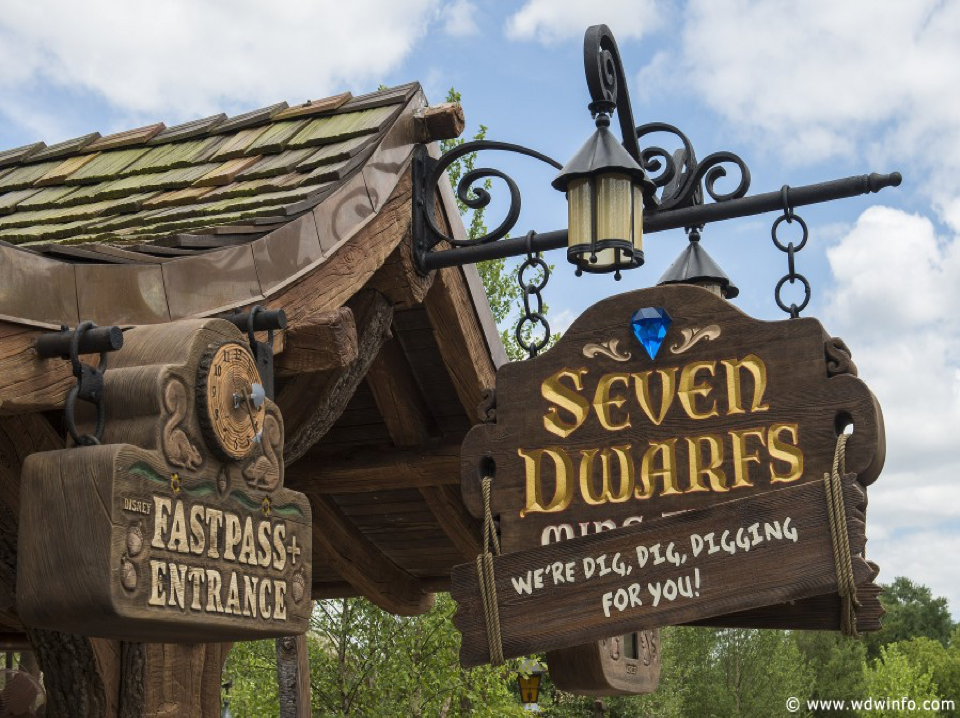 With each passing decade and new acquisition, the world of Disney becomes an increasingly varied one. Marvel and Star Wars continue to delight guests across the globe with dazzling technology. But many of the stories and films which similarly amuse came from the dark, make-believe world of the Brothers Grimm.

Attractions, resorts, restaurants, and more all draw on the work of the Brothers Grimm to the delight of tens of millions of guests every year.  Some stories such as Snow White are quite clearly present in the parks, while Briar Rose or The Frog Prince are more loose adaptions.

Jacob and Wilhelm Grimm were German brothers who collected and edited folktales from their homeland. The Brothers Grimm labored to compile stories they saw as an important part of their culture, which might be at risk of disappearing. Jacob and Wilhelm were collectors and interpreters of tales which have stood the test of time and serve as the basis for beloved works of Disney. The first edition of Grimm’s Fairy Tales were released in 1812, and have gone through dozens of editions, and have experienced alterations based on the perceived sensibilities of the audience.

Grimm’s Fairy Tales are spellbinding tales of giants, common folk, kings, witches and much more. They are at times totally nonsensical, gruesome, revolting, and compulsive. Due to extraordinarily graphic and gratuitous violence and other adult content, the Brothers Grimm heavily edited these stories prior to their initial publication and they have been ruthlessly amended over the past two hundred years. Stories such as Little Snow White, Rapunzel, and The Frog Prince have been similarly adapted by Disney; and permeate Walt Disney World.

Little Snow White is one of the greatest tales in this collection, and of course served as the inspiration for Snow White and the Seven Dwarfs (1937). The Seven Dwarfs Mine Train, located in Magic Kingdom’s Fantasyland, is an innovative coaster which focuses on a journey through the Dwarfs mine. While the Dwarfs are mentioned in the fairy tale, they have more of minor role without individuality. Disney added magic and personalities to these characters, with Weepy and Blabby also suggested, amongst other possibilities. The Seven Dwarfs Mine Train is probably Magic Kingdom’s most popular attraction. The Mine Train is a great way to immerse yourself in old world charm and classic Disney animation, while enjoying updated technology.

Staying in this area of the park, we also have a Tangled restroom area, toward the entrance to Liberty Square. Tangled (2010) is based on the story Rapunzel, and was an incredibly popular film, with the characters Rapunzel and Flynn Rider being particular fan favorites. This is a beautiful area, especially at night.

Kingdom Crossing, as this area is often known, includes many beautiful details from Tangled. Signs, lights, Rapunzel’s tower, and much more really show Imagineering’s attention to detail at its best. Kingdom Crossing (aka the Tangled restrooms) is one of the more popular and notable restrooms on property, and is a really great spot to attend to one’s needs and take a seat for a few minutes before continuing onward.

In years past, Princess Fairytale Hall, also located in Fantasyland, offered the opportunity to meet various princesses, such as Rapunzel, Tiana, Cinderella, and Elena. A variety of princesses and storybook characters can now be found greeting guests in a physically-distanced fashion just outside of the Hall. Princess Fairytale Hall is beautiful and features many aspects nodding to the fairy tales and movies. The ever-important small animals also receive much-needed recognition.

Tiana, from The Princess and the Frog (2009), has a more modest presence in the parks, but is included in the Fairytale Hall. She also has appeared in the Festival of Fantasy Parade, along with a strong line-up from Sleeping Beauty, Cinderella, Tangled, and more. During non-COVID times, the 3 o’clock parade is a great way to see the ‘Disneyfied’ Brothers Grimm in full force.

Magic Kingdom, of course, is an epicenter of fantasy at Walt Disney World. Cinderella Castle serves as a beacon of magic and a symbol of unrestrained joy for millions throughout the year. The Brothers Grimm did have a version of Cinderella, which is quite a bit different from the Disney version. In their version, Cinderella is more cunning, with a set of scheming birds to actively help her. To fit into the glass slipper to be matched with the Prince, one stepsister cuts off a section of her heel and would have gotten away with it if not for the help of Cinderella’s birds who snitched. French author Charles Perrault should probably get more credit, but the Brothers Grimm still helped to perpetuate the fairy tale. Neuschwanstein Castle did serve as a partial inspiration for Cinderella Castle. The Bavarian castle was in part inspired with a romanticized view of the Middle Ages in mind. Cinderella’s Royal Table is a restaurant located inside of the castle. During normal times, Cinderella greets guests as they enter the castle, and a menagerie of princesses meet during meal time.

Briar Rose, also known as Sleeping Beauty, is another fairy tale adapted by Disney from both the Brothers Grimm and Charles Perrault. The story from the Brothers Grimm focuses primarily on the relationship between the fairies. Once Princess Aurora is born, the King and Queen find they wish to invite the fairies of the realm to her christening. But having only twelve gold plates, the thirteenth fairy is excluded. That is why the fairy we know as Maleficent casts the curse on Princess Aurora. By making the curse effective on her fifteenth year, it prolongs the suffering of those involved. This is something to keep in mind when debating which Disney villain is the evilest. Many versions of this tale exist.

In years past, Maleficent has been most seen on property in her dragon form. The fairies from the film – Flora, Fauna, and Merryweather – make occasional appearances in various parades, including the Festival of Fantasy parade. With a wonderful sweetness, comedy, and fierce protectiveness, the trio is a great addition to any show or parade.

Outside of Magic Kingdom, Epcot’s World Showcase, offers opportunities to connect with the old world. Germany is, of course, the clearest choice. This pavilion is themed primarily after a Bavarian village, utilizing architecture of the country of the 13th to 17th centuries. Various castles and towns around Germany helped inspire this location. Biergarten is meant to immerse guests into a romanticized version of a German town at night. Normally, Snow White would available for meet and greets at this pavilion. She’s now seen as part of the Princess Promenade that takes place along the World Showcase throughout each day.

Before the pandemic, Norway had another opportunity to meet princesses at Akershus Royal Banquet Hall. This restaurant is designed after a 14th century castle located in Oslo’s harbor, and guests could meet Snow White, Cinderella, Princess Aurora, and others while they dined.

Fantasmic! in Hollywood Studios, a show we’re hoping returns in the days ahead, also includes these characters, with scenes from the previously mentioned films, such as Snow White and the Seven Dwarfs and Tangled. Scenes of Aurora, Cinderella, and Snow White dancing with their respective princes are included in the show. The show really reaches a climax when we see Maleficent in her dragon form.

Resorts offer a couple of opportunities to connect with these characters. The Wilderness Lodge offers a character dining experience at Artist Point (temporarily closed), in an Enchanted Forest setting. Guests have the opportunity to meet Snow White, Dopey, and Grumpy; as well as have an encounter with the Evil Queen. The Evil Queen is an especially important character in the world of Disney animation. She was the first villain, and first character to speak and die in a full-length animated Disney feature. Again, the connection is loose, but Tiana can be seen at the Port Orleans Riverside, with many of the rooms including imagery from The Princess and the Frog.

As is quite clear, the work of the Brothers Grimm has had a strong impact on helping to shape Disney World. Perhaps on your next visit, a Brothers Grimm day could be a great way to try something new, while also enjoying a variety of experiences. Beloved now for centuries, this collection of stories is brutal, impulsive, and magical. These fairy tales have served as a strong contributor in creating a place millions love, the Walt Disney World Resort.

For sources used in this article, please see the links, as well as the below books: