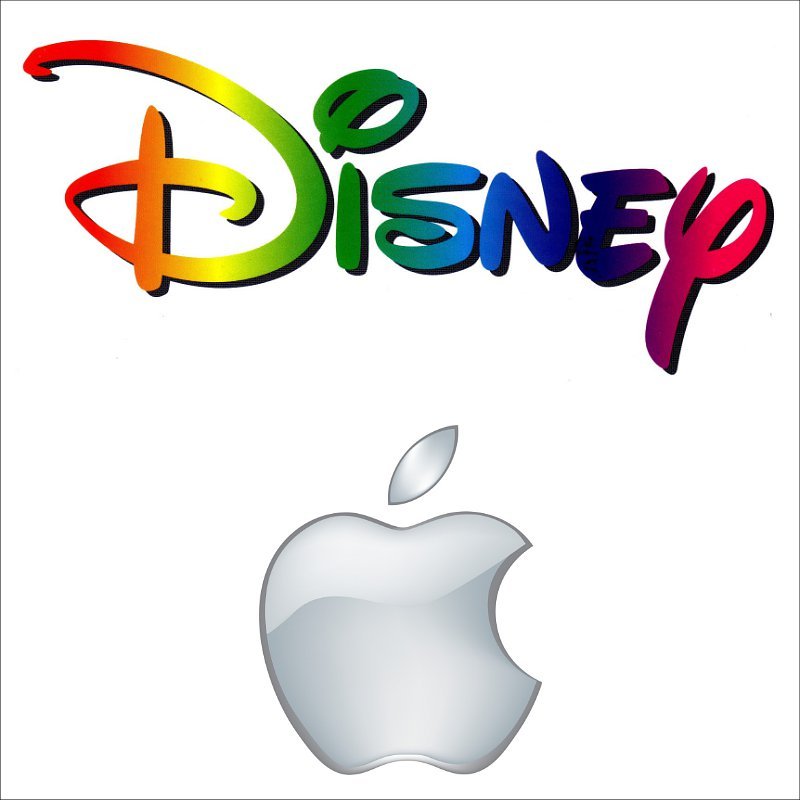 Some of you may have heard some buzz online yesterday about the possibility of Apple buying Disney with that giant pile of cash they have sitting in their pocket.

As the Market Insider reports, "...we are living in a world where 'content is king.' Currently, there is a battle raging among content providers for your eyeballs. Content providers, want you hooked and ready to consume more of your favorite content and all of the other licensed products that go along with it. When analysts and investors think of content, Disney is the first name that comes to mind."

Our posters over at DISboards.com started a discussion on this topic and here's what some of them had to say regarding what Disney would look like if they were purchased by Apple:

Poster 'katie01' says, "They would debut an upgraded version of every ride, yearly. With increased park fees, of course."

Poster 'SMD' says, "Everything would have at least 2 color options, depending on availability."

Poster 'bcla' shares, "I don't know if they're necessarily bought by Apple, but Steve Jobs was the largest single shareholder of Disney after Disney bought Pixar. Apple does have somewhat of an imprint on Disney, especially with the look of Wall-E. I think part of Apple has already rubbed off on Disney."

'BrianL' says, "Your Photopass pictures would be regularly hacked and released to the Internet."

Now, of course, this is all just fun speculation; we have no idea if this is will ever come to fruition. Feeling compelled to add your thoughts to the conversation? Stop by this thread on the Community board and share!