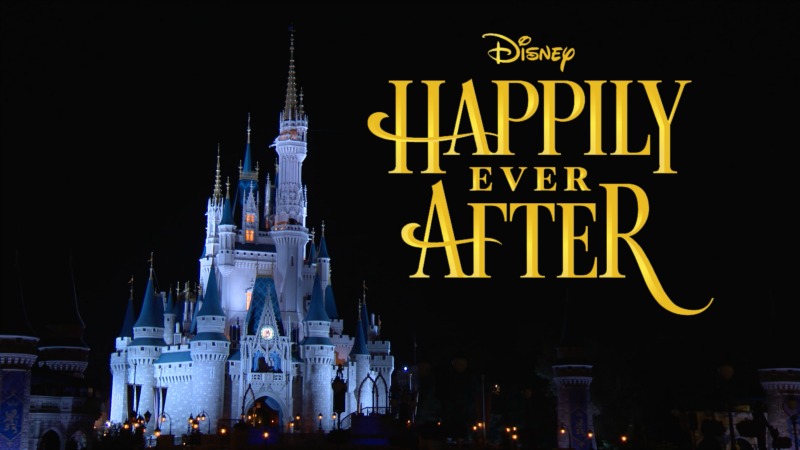 On May 12, 2017, ‘Happily Ever After‘ officially replaced ‘Wishes‘ as the fireworks show at the Magic Kingdom in Walt Disney World. While most who have viewed the show have raved about it, there were those that felt it was missing something – something they did feel ‘Wishes’ had: a clear message.

I am a huge fan of ‘Wishes’ – I have vivid memories of watching the show from Main Street with my family and getting teary-eyed when Jiminy Cricket shouts “Well I’ll be … it’s the Blue Fairy!” – and I wondered if this replacement show would have the same emotional impact on me. I watched the Disney Parks Blog live stream of opening night and while I greatly enjoyed the show, I didn’t feel the emotional connection to it that I did to ‘Wishes.’ The next day I watched the video of the show that the DIS team produced with my 8 year-old daughter. This time the show impacted me emotionally to a much greater degree – because I was thinking of what my daughter can get out of the show. What is that? Why, the message of course!

The message of ‘Wishes’ was rather obvious and had Jiminy there to guide you –  “wishes can come true, if you believe in them with all your heart”. This is a nice thought – but implies that all you need to do is believe in your dreams and they will come true. In ‘Happily Ever After’, while the narration is only at the beginning and the end, we do get a very clear message – and a very powerful one at that.  It’s great to have a dream – but that dream (or wish) isn’t enough on it’s own. As the narrator says: “that dream will lead us on a journey to discover who we’re meant to be.”

The show then takes us on the journeys experienced by many of our favorite Disney characters  – including when they face adversity which needs to be overcome to achieve their “happily ever after.”

That is a message I hope my daughter takes with her. It’s great to have dreams and to make wishes, but rather than just saying “someday my prince will come”, I want her to do as the narrator asks and be “brave enough to listen, and bold enough to pursue.”

Walt Disney had many dreams, but what made him special wasn’t just that he had these dreams but that he was “bold enough to pursue” them – no matter how many people told him he was crazy or how many times he was knocked down. If a fireworks show can inspire that in me – or, more importantly, in my daughter – I find that to be very powerful and a worthy addition to the Magic Kingdom.

“Every step we take brings a new hope, new day
Every choice we make helps us find our own way