The Other Hawaii (Part 2): How to See the Best of Hawaii from a Cruise Ship 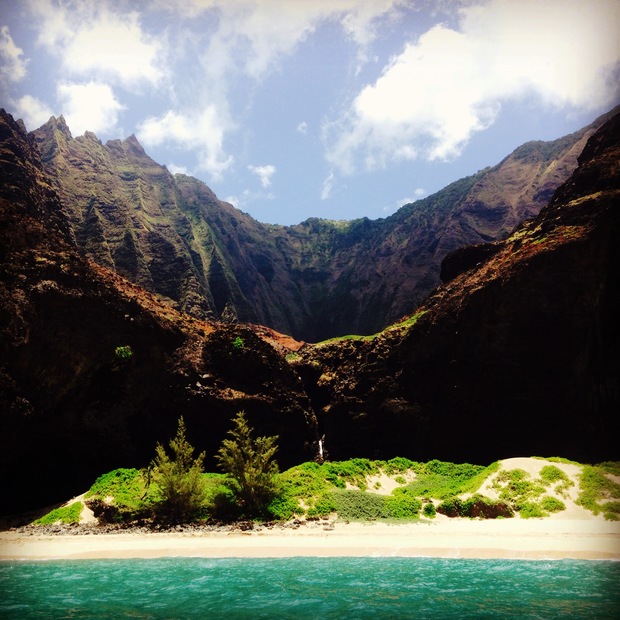 This article is a follow up to this one where I discussed my recommendations on what to see in Hawaii while visiting on a cruise ship. It’s a given that part of this trip will include a stay at Disney’s Aulani Resort, but this article is focused on the “Other Hawaii.” I’ve tailored these recommendations to follow the itinerary of the Norwegian Cruise Line 7-Night itinerary sailing out of Honolulu. Part I of this series considered my best picks for the islands of Oahu and Maui. This article will wrap up with coverage of the Big Island (Hawaii) and Kauai.

The island of Hawaii is called the “Big Island” for a reason…it’s really big. So big in fact, that not only does this cruise itinerary spend two days on this island, but it actually docks at two different ports: first in Hilo, and then traveling around the island for a second stop in Kona (a distance of several hours by car).

A stop in Hilo is really about one thing…Volcano National Park. This is one of the only places in the world where you can see an active volcano, and it’s certainly the most accessible. There are several different ways you can explore this park: by land, by air, and by sea. Perhaps the most iconic is to take a helicopter tour. You’re almost guaranteed to see the lava flow this way and although you won’t be able to take the nighttime tour because of the boat’s departure time, it’s a pretty spectacular sight to see during the day too.

You could rent a car and strike out on your own to explore the park (you can hike down to the crater floor, walk through a fern forest and through a lava tube, and check out an aerial view of the crater) but it’s questionable whether you’ll get to see the lava flow this way. There are boat charter companies that will take groups out to the point where the lava is flowing into the ocean, but this is dependent on what’s going on with the volcano and the lava flow on the day that you visit.

I would recommend taking the helicopter excursion that does a tour of Volcano National Park (where you’ll mostly likely see lava flow and possibly where it enters the ocean) and a stop at Rainbow Falls. It’s pricy, but this really is a spectacular thing to see. If you have time left over, spend a bit strolling through historic Hilo town. It’s got cute shops and restaurants and it’s very quaint. You’ll probably want to pack rain gear as it seems it’s usually raining on this side of the island (that’s why it’s so lush!). If you want to do this experience, you might consider doing one of the ship’s excursions that combines this with a coffee plantation tour.

For the most adventurous of travelers who are looking for something truly off the beaten path, nothing fits the bill more than a trip to the Green Sand beach down south. There are only a few of these in the world (others being in the Galapagos Islands, Guam, and Norway). I’m warning you…getting here isn’t for the mildly interested or those just looking for a casual excursion. It will take some work but you’ll be rewarded with a truly spectacular sight. 1) You can get out and hike along the rugged coastline (it’s a couple of miles). 2) If you have 4WD you can drive through the sometimes open gate and enter at your own risk (this is Hawaiian Homelands Property). 3) You can hop in the back of one of the local’s trucks or ATVs and they’ll drive you right up to the top of the cliff overlooking the beach. This is the way to go. They know the land and the rules and the experience is way worth their fee (bring cash). They love this land and love sharing it with appreciative visitors. Just remember, this is their home…ask plenty of questions and just enjoy the experience.

Once you arrive at the overlook, you’ll have to scramble down the rock formation but there are well-worn paths and usually plenty of willing people to help you haul your stuff (and kids!) to the bottom. The sand is beautiful and the water is great for swimming. Just make sure you don’t get so wrapped up in this authentic Hawaiian experience that you forget to head back to the ship in time! This is the oldest and perhaps most beautiful of the Hawaiian Islands. Normally, I would say that a trip to Kauai is not complete without a raft ride down the Napali coast, zipping in and out of sea caves and spotting places where some pretty iconic movies were filmed, but since the ship makes a point to cruise by this on the last day, I would suggest using your time on Kauai for other experiences. Waimea Canyon: This really isn’t to be missed. They call it the “Grand Canyon of the Pacific” and it totally lives up to the hype. It’s a drive (it’s located on the remote southwestern side of the island) but it’s something that you absolutely must see. There’s dozens of different outlook spots and several boast views of the Napali coast from the top (this is a different view than you’ll get as the ship floats by). There’s a lodge type restaurant to stop and have lunch at before you make the drive back. Fern Grotto: You can cruise up the Wailua River to the Fern Grotto on a riverboat to a sort of natural amphitheater. This is an experience that is truly unique to Kauai. I would suggest signing up for the excursion that takes you to Waimea Canyon and the Fern Grotto in the same day. Not having to rent a car and worry about driving directions will be worth it.

Hanalei Bay: On your second day on Kauai I would suggest renting a car and driving up the north shore to spend some time at Hanalei Bay. During the summer it’s a calm bay perfect for paddle boarding (and there’s plenty of rental companies) but in the winter it turns into one of the best surf breaks in Hawaii (comparable with the Bonzai Pipeline on Oahu) and you’re guaranteed to see some of Kauai’s best out there ripping it up. Princeville is a nice resort community on the north shore (have lunch at the St Regis if you’re looking for spectacular views of Hanalei Bay with the mountains in the background) or continue into Hanalei town for cute little local shops and restaurants. Keep driving along the north shore until the road stops. It’s a great, less explored part of the island. Once the cruise ship departs port and heads for the Napali coast make sure you’re up on deck (or on your balcony) for views straight out of magazines. This is why Hollywood producers come to Hawaii. Jurassic Park, Indiana Jones, and Pirates of the Caribbean have all shot here. This is the Hawaii of your dreams. The next morning you’ll be back in Honolulu and I recommend adding on a few extra days at Aulani to “recover” from your cruise. A Hawaiian cruise is likely different from any other cruise you’ve been on. You’re covering a lot of ground in just a week and there’s so much to see, but if you follow these recommendations you’ll be sure to have seen not just Hawaii’s most popular sights, but some of what makes Hawaii truly special. Don’t be in too big of a hurry to stop and enjoy the moments…talk to the people. Ask questions and take an interest in the local way of life. These people are what make Hawaii truly special.