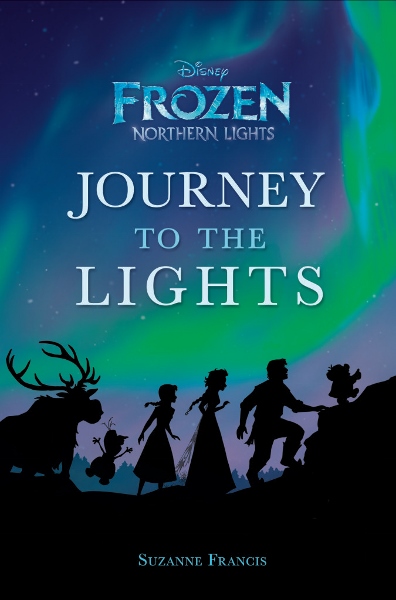 Get ready, Frozen fans! A brand new book collection and animated series is on its way all the way from Arendelle! Need something to hold you over while waiting in line at Epcot’s new Frozen Ever After attraction? Can’t get enough of that playful snowman, Olaf? Want to go on a new adventure with Kristoff? Look no more! Frozen: Northern Lights is sure to satisfy fans from kids to adults alike!

Walt Disney Animation Studios’, Frozen, launched a worldwide phenomenon in 2013 as the highest-grossing animated feature ever released. The film raked in over $1.27 billion in the global box office and continues to be a fan favorite. To build on this beloved tale, and perhaps hold over die-hard fans who are anxiously awaiting the sequel, Disney announced this week a new extension to the Frozen universe: Frozen Northern Lights, an original story set in the kingdom of Arendelle including a collection of books, animated shorts from LEGO and a full compilation set to air on Disney Channel this fall, and even digital extensions. As a Frozen fan myself, I am beyond excited to explore this new story. It features Anna, Elsa, Olaf, Kristoff, and Sven as they embark on an epic adventure to restore the glimmer of the Northern Lights. “Natural phenomenon meets cultural phenomenon in this all new story,” said Andrew Sugerman, Executive Vice President, Disney Publishing Worldwide. “We’re excited to share this new adventure and offer fans great new ways to connect with their favorite characters thanks to a host of related books, digital games, and activities.”

The first release will be titled Disney Frozen Northern Lights: Journey to the Lights and is now available for pre-order from Random House publishers; its official release date is July 5. The book is described as a deluxe novelization which will debut ahead of an extended collection of smaller texts featuring the familiar characters we know from the animated film along with a new protagonist named Little Rock. Disney Frozen: Northern Lights will feature a series of companion books for younger readers including this Big Golden Book.

In addition to the novel and accompanying books, the storyline will be reimagined by the LEGO Group to create four new animated shorts and a full compilation for Disney Channel. Knowing the success of LEGO’s video games (think Harry Potter, Batman, and the like) and other franchises such as the recent Star Wars: The Freemaker Adventures on Disney XD, these are sure to be fun to watch. Along with the stylized animation and witty humor LEGO animations are known for, you’ll also find all of the voice talent from the original Frozen reprising their roles. Josh Gad, who portrays Olaf in the film, said, “I am so unbelievably excited to be back as Olaf. I think fans love Olaf because he is funny, loyal, and a great friend and going on any adventure with him is great fun.” To celebrate Frozen Northern Lights, Disney will be updating its official Frozen website with fun activities tied to the new story. For now, you can grab a sneak peak of the book by reading the first chapter online; it’s charming! Disney is also creating a new Instagram account, @DisneyFrozen. You’ll be sure to find lots more on these social media channels once Journey to the Lights debuts next week. Are you excited? I know I am! It’s almost as good as building a snowman!