A Galactic Experience on the High Seas: An Overview of Star Wars Day at Sea 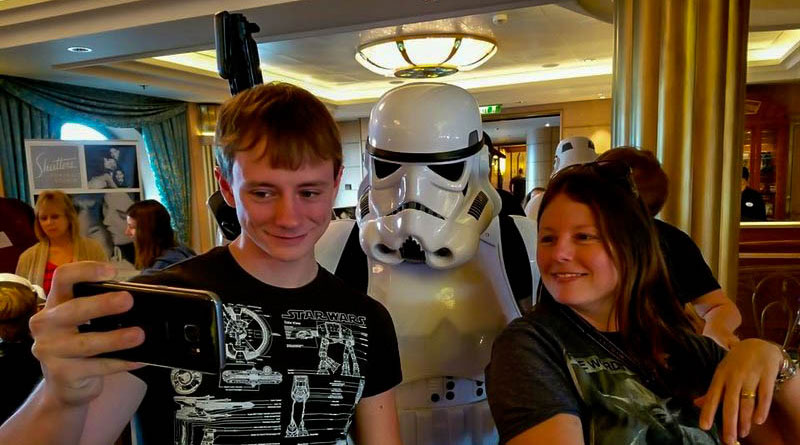 Disney Cruise Line recently announced the return of one of their most popular themed cruises, Star Wars Day at Sea. Starting in early 2019, Disney will again provide the fans of Star Wars with the opportunity to set sail aboard the beautiful Disney Fantasy and experience the wonders of all things that occurred “a long time ago in a galaxy far, far away.” Fans of both the Skywalker and Solo families alike will voyage for seven days on an itinerary that leads them to either the Western or Eastern Caribbean aboard one of the most beautiful ships of the sea. The adventure continues as the sailing across the sea becomes a soaring across the galaxy with the wonderful crew of DCL and many of the characters within the Star Wars tales. My family and I recently returned from our second Star Wars Day at Sea (SWDAS) voyage and would like to share our experiences from our most recent trip and our previous sailing in 2017. Rather than share the experience of the entire cruise, the focus will be placed on SWDAS alone. 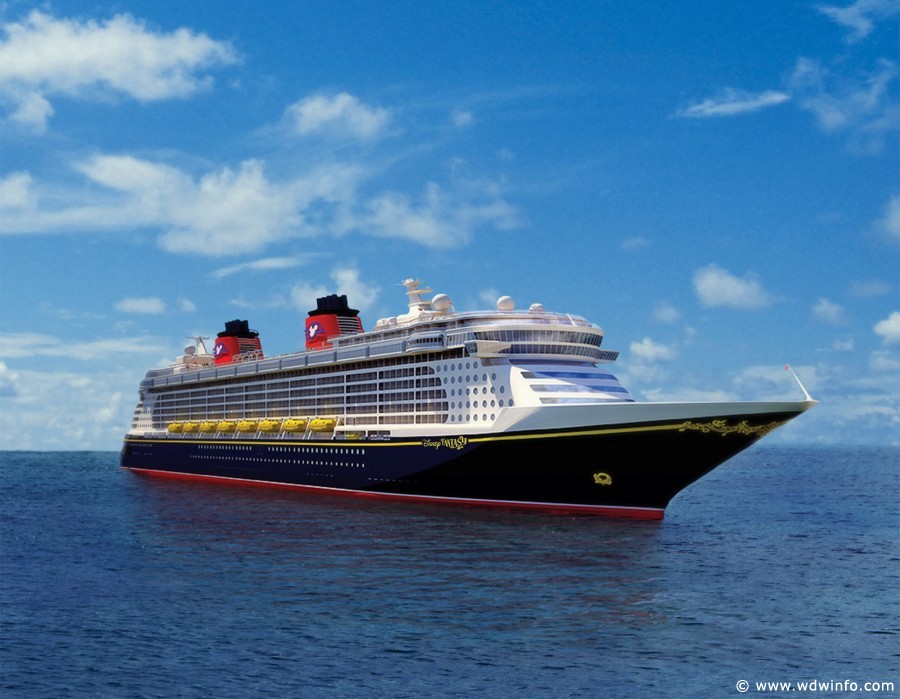 DCL provides a number of ways for the Star Wars fan to experience what makes SWDAS such a popular cruise. I grew up as a child of the ’70s when Star Wars first hit the theaters, and one of my biggest regrets was not seeing Star Wars as it should have been experienced — on the big screen. Unfortunately, my first experiences with favorites such as Episode IV and the ultimate Star Wars adventure, The Empire Strikes Back, presented themselves on the small screen in my living room, on a VHS tape. That is, until now. Each of the Star Wars movies, from the originals through the Prequels and even through a 3-D viewing of The Last Jedi, played in the ship’s movie theater. Nothing made me more excited than to see the opening crawl of A New Hope on a full-size movie screen, something that I’ve never been able to experience before. Imagine, if you will, the battle of Hoth and the details therein. It was like being transported back in time to a point when Star Wars was king, and the hardest decision that needed to be made was what color of lightsaber one wanted to purchase at the local department store — blue, green, or the really cool red.

If character meet-and-greets are the focus of the guest, Disney does not disappoint and will often take guest feedback to make the experience even more memorable. During the 2017 cruise, DCL gave the guests options on which ticketed-characters they wished to meet and have pictures taken with, including: C-3PO/R2-D2, Darth Vader, Chewbacca, and Captain Phasma. Guests picked two out of the four popular character meet-and-greets to participate in during SWDAS. In my opinion, I would imagine guests provided DCL with feedback that it was unfortunate that cruisers were unable to meet ALL of the special ticketed-characters. We found out that during this year’s cruise, DCL extended these special ticketed meet-and-greets to days outside SWDAS to accommodate everyone wanting to meet all of these special characters.

The character interaction extended beyond these ticketed events as well. During SWDAS, guests would find many opportunities to experience random meetings with many of their favorite personalities from the Star Wars universe. Jawas wandered the Deck 3 atrium in hopes to barter with their goods. Two Tusken Raiders, the nomadic warrior race who lived on the planet Tatooine, explored the hallways of the Disney Fantasy — one of which decided he liked my cell phone that I was taking pictures with and that he wanted it. Stormtroopers armed with their blasters patrolled the pool area, interacting with guests as they sought out Rebel Scum. Rare characters even made their presence known, including favorites such as Boba Fett, Zam Wesell, and Jabba’s Gamorrean guard. Even the carbonite-frozen Han Solo stood in the lobby atrium for photo opportunities. For those guests that may not have been interested in meeting with the characters from their favorite Star Wars stories, DCL set up many other galactic experiences during SWDAS. Star Wars novices were educated on the ways of the Force with “Star Wars 101,” to help them understand the differences between Ewoks and Wookiees. The Star Wars super fan tested their knowledge against other fans in intense trivia challenges. Costume celebrations and galactic dance parties filled the atrium during the day. Similar to the theme parks, Jedi Training: Trials of the Temple provided young padawans the opportunity to tune their skills and put them to the test against various villains from The Dark Side. A scavenger hunt for porgs was added this year by DCL. Chewbacca, everyone’s favorite wookiee, needed the young sailors’ help tracking down the porgs as they wreaked havoc on the ship. BB-8 races were also new this year. Guests watched in amusement as BB-8 units dashed through the “sands of Jakku” in this fun and exciting race competition that pitted guests against one another to see who the best droid operator in the galaxy is.

With the many activities during this special day, hunger will eventually settle in, and what sounds better for dinner than Bantha Steak Empanadas or even a Lord Vader’s Nerf Steak? DCL provides guests with a full menu of Star Wars-themed items. Some personal favorites include: Qui-Gon’s Crisp Chicken with Force crushed potatoes, the Stormtrooper Flatbread, and Yoda’s Pappardelle Pasta. A cruise meal is not complete, of course, without something to satisfy the sweet tooth in us all. The highlight of the dessert menu was the Princess Leia Warm Apricot Pudding with a cinnamon anglaise sauce. Can you see the resemblance? “Summon the Force” provided a finale to the day’s events. Guests gathered on decks 11 and 12 during this epic stage show, featuring a grand presentation of fireworks set to the music of Star Wars. This fireworks display did not replace the traditional “Pirate Night” fireworks display; in fact, it was in addition to the regular fireworks event. Disney is known as the only cruise line that sets off fireworks at sea, which is amazing — when they add a second fireworks show, this takes the cruise to a new level. Unfortunately, due to weather conditions, the fireworks show was postponed to the following day; however, the Star Wars magic didn’t fade as we watched an amazing show set to the unforgettable melodies of the Star Wars soundtrack. Disney again delivers the magic. Disney always evolves and updates. Walt said it himself when he stated, “Disneyland will never be completed. It will continue to grow as long as there is imagination left in the world. It is something that will never be finished.” Although this oft-quoted statement described Disney’s development philosophy for his original theme park in Anaheim, I feel this is a core philosophy for all branches of the family entertainment giant, including their cruise line. My family and I noted several improvements from our SWDAS cruise last year compared to this most current cruise. One, we appreciated the extended meet-and-greets so that our family could meet more of our favorite Star Wars personalities, including some of those hard-to-find characters. Next, Disney increased the amount of merchandise celebrating the cruise, producing new and exciting souvenirs outside the traditional coffee cups, t-shirts, and pins. We feel Disney consistently increases the quality of their fireworks at sea, including the SWDAS show. Finally, SWDAS covers all areas of fandom and consistently seeks out novel ways to include everyone in their activities and events. The novice may attend Star Wars 101 and the ultimate fan may attend the Star Wars Super Fan Contest.

In conclusion, DCL again provides an amazing experience for families. Even though families will incur an increased cost to sail during one of these specially-themed cruises, the increased price does lead to a more extensive experience. We look forward to the next sailing aboard the Disney Fantasy during our next Star Wars Day at Sea. May the Force be with you!