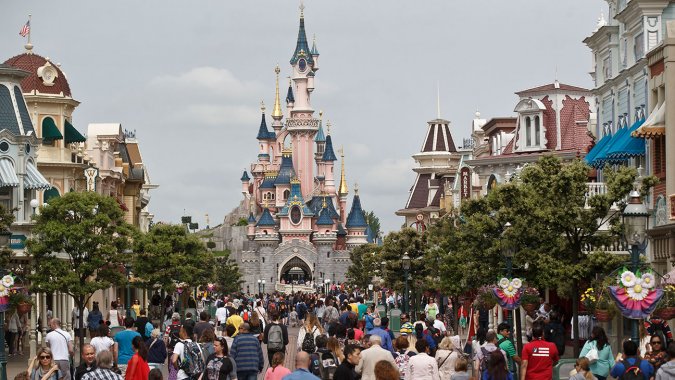 In the wake of the tragic attacks in Paris that left nearly 130 people dead, Disneyland Paris will remained closed until Wednesday. Initially, both theme parks were closed on Saturday, November 14, the day after the attacks. Today, Euro Disney president Tom Wolber provided the following statement on the Disneyland Paris website: “We mourn those lost to the horrific attacks in Paris. We pray for the injured and we hold them all in our hearts. As part of France's three-day national mourning period, Disneyland Paris will remain closed through Tuesday 17 November 2015 (included)." The Bataclan, the concert hall where more than half of the total casualties took place on Friday night, is less than an hour from Disneyland Paris. Earlier in 2015, after similar attacks in Paris, one of the Disneyland Paris hotels, Disney's Sequoia Lodge, was evacuated due to suspicions of a shooter at large in the area that turned out to be a false alarm. This is the first time the park has closed to the public since opening in 1992.  The company plans to reimburse guests for tickets purchased for this time period. News source: The Hollywood Reporter Photo credit: AP Images via The Hollywood Reporter